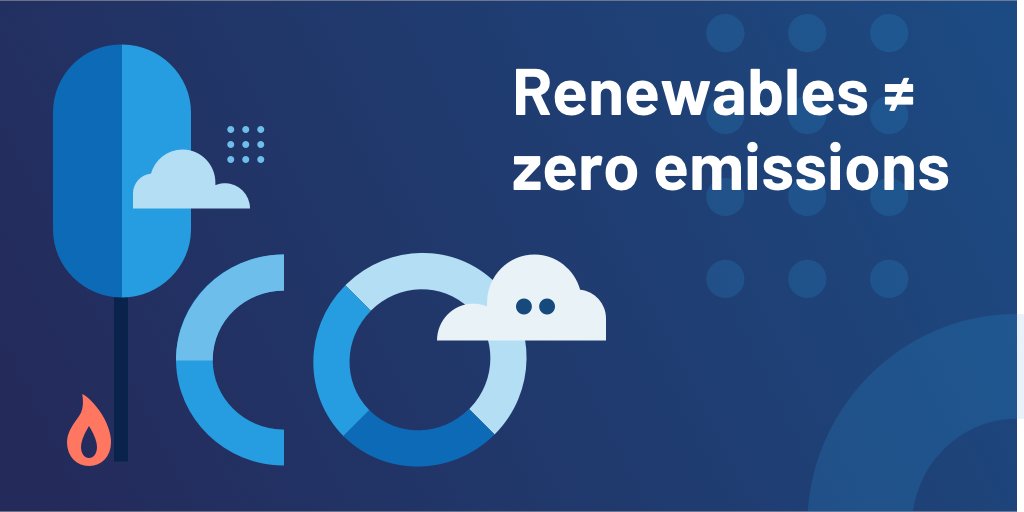 Stop treating the burning of biomass as carbon neutral! It's not! Cutting down a tree and burning it for power now creates a "carbon debt" which the world does not have time to pay off. The atmosphere doesn't care of any of your accounting tricks.

We at Tideal agree.
The perception that burning biomass is carbon neutral relies, indeed, on something called "carbon accounting:" that the wood has already sequestered the carbon it is releasing now as it burns, or that that carbon...
will be sequestered back into solid matter as future trees grow in its place, and hence the emissions coming out of the chimney should be treated as, well... zero emissions. #lobby

Here are just a few reasons why these carbon accounting manoeuvres are dangerously delusive:
First, burning wood to generate one unit of energy results in more greenhouse gas emissions than heating one unit of energy by burning oil, for instance. Unfortunate, but true.
Second, if the claim is that the burning wood has already sequestered the carbon it's releasing now as it burns, we could easily say the same thing of oil. After all, all oil is is biomass that once lived on this Earth...
(The timeline, of course, is massively different, but does that make a difference in our current predicament? More on this next.)
Third, if the claim is that the carbon will be sequestered back into solid matter as a future trees grow in the place of this wood burning now, there are serious timeline issues we need to talk about:
it will take decades, if not a century, for a new tree to sequester the carbon back from the tree which we logged and are now burning. Climate change is happening now, and the costs of delaying emission cutbacks are high.
Lastly, if we are to say that solar, wind, geothermal, and burning biomass are all equally zero emissions, we are not doing justice to solar, wind, and geothermal.

#climatechange #climateemergency
You can follow @tideal_app.
Tip: mention @twtextapp on a Twitter thread with the keyword “unroll” to get a link to it.