Read on Twitter
Tesla's new steering yoke appears to be analogous to an airplane steering yoke. But an airplane's yoke does not only control roll, but also pitch. Indeed, there's the potential for *five* extra axes (up-down, left-right, front-back, & two extra roll axes)

Why do I bring this up? 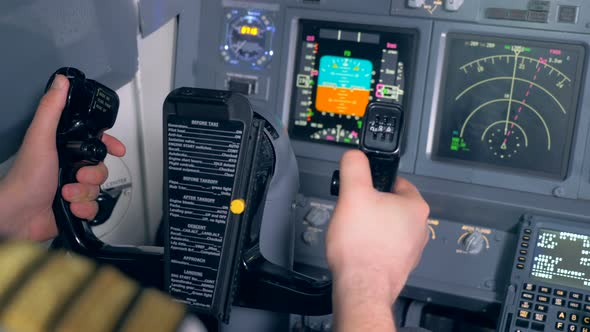 In normal driving, I expect most drivers to prefer a traditional locked steering position. But we must remember that ***Plaid has three independent motors now***. The car is capable of so much more than traditional handling; it should even be able to do stunts like spin in place.

The degrees of freedom get even more extreme when you get to the Roadster with the SpaceX options package. Now you have *every degree of freedom possible* in terms of maneuvering.

How do you control this with just a roll-only steering wheel? Answer: you can't.

While I don't know that Tesla *plans* to do this, it is certainly *possible* that Tesla's experimentation with steering possibilities is the first step toward the introduction of steering systems that, when in Track Mode, give the driver additional axes of control freedom.

@threadreaderapp unroll
You can follow @enn_nafnlaus.
Tip: mention @twtextapp on a Twitter thread with the keyword “unroll” to get a link to it.