Read on Twitter
That India faces a farmer suicide crisis has been an unquestioned assumption in media, academia, & policymakers. But a rigorous analysis of the data on suicides of past 25 years completely contradicts this popularly held belief. My article

The data indicates that nationally and in most states farmers face lower rates of suicides compared to other workers. 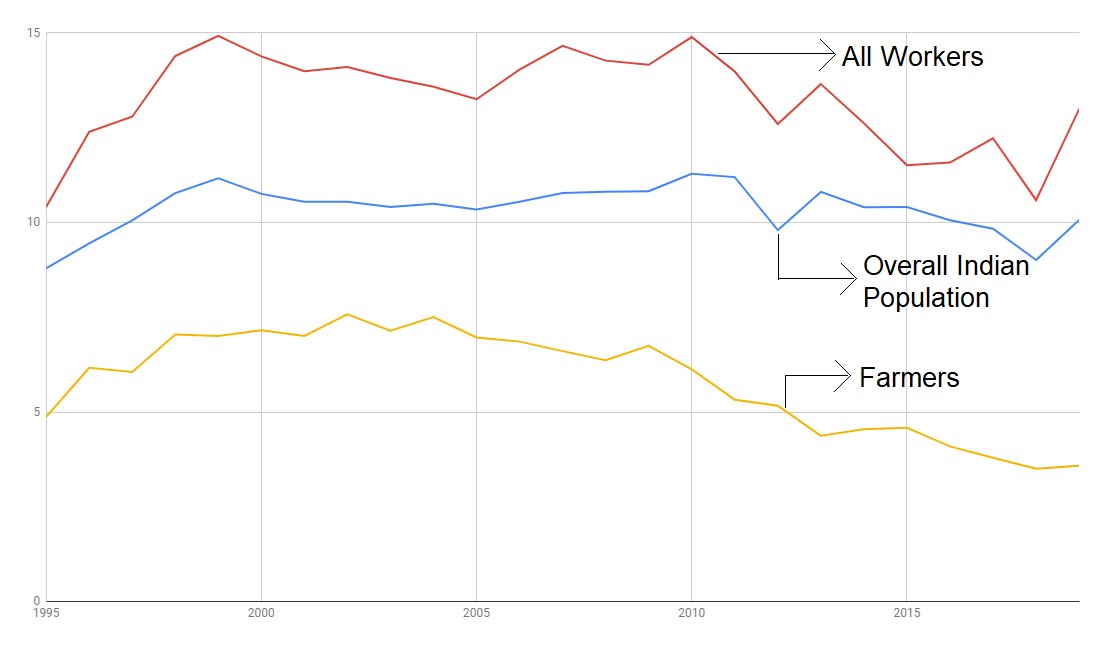 The only states that show serious suicide problem among farmers are Kerala for most of the last 25 years and recently Punjab and Jammu and Kashmir. Even Maharashtra and Karnataka show higher rates of suicides for farmers only for a very few years.
The non-farm workers including street vendors, small businessmen, daily wagers, workers in companies etc, who constitute 45% of workers in India, face far higher rates of suicide than farmers but have been completely invisible to discussions on suicide vulnerability.
Many studies by academics at reputed institutions like the London School of Economics and others that claimed a farmer suicide crisis in India have glaring problems including the use of absolute numbers, wrong population sizes, and lack of proper scientific controls.
The whole narrative has been marred by data illiteracy. Sad that policymakers and leaders in India are blinded by it and driven to make uninformed and desperate decisions. Any surprise you find them not working? 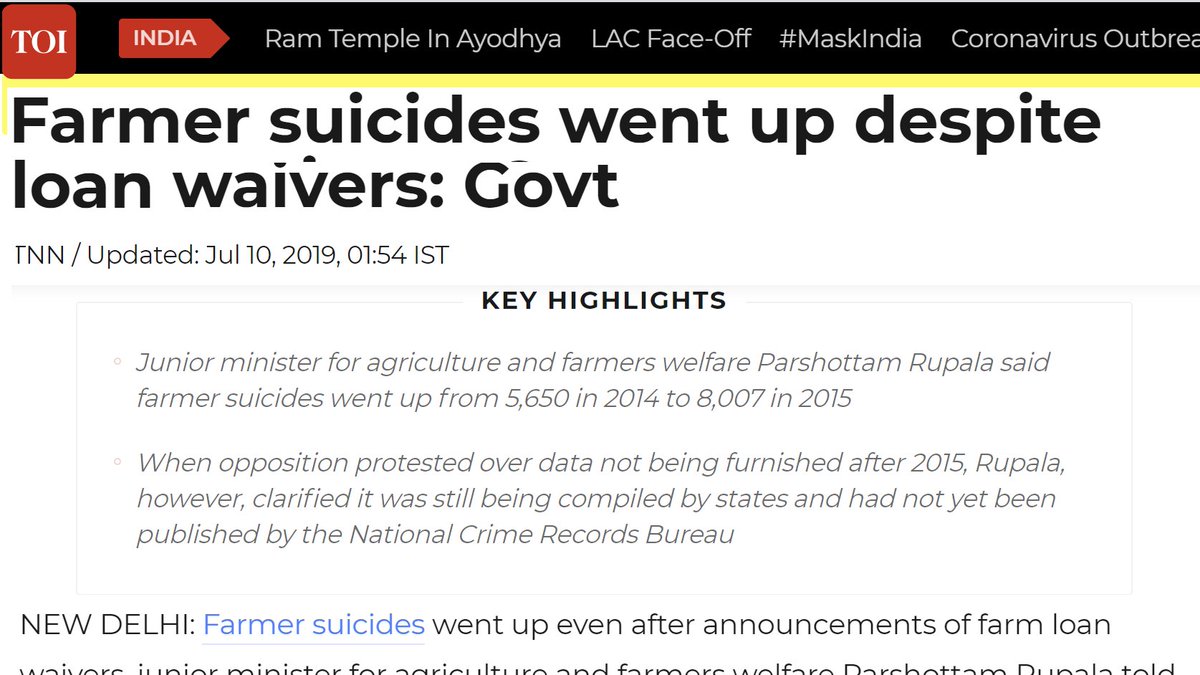 Read the whole article here https://swarajyamag.com/ideas/farmer-suicide-crisis-in-india-truth-or-myth
Farmer Suicide Crisis In India - Truth Or Myth? https://swarajyamag.com/ideas/farmer-suicide-crisis-in-india-truth-or-myth
You can follow @niharss.
Tip: mention @twtextapp on a Twitter thread with the keyword “unroll” to get a link to it.