Read on Twitter
When you're an emperor in a culture that encourages you to take MANY concubines, what would make you decide to be strictly monogamous?

Well lemme tell you about Zhu Youcheng, AKA the Hongzhi Emperor of Ming, basically the only Chinese emperor to make that conscious decision 1/? 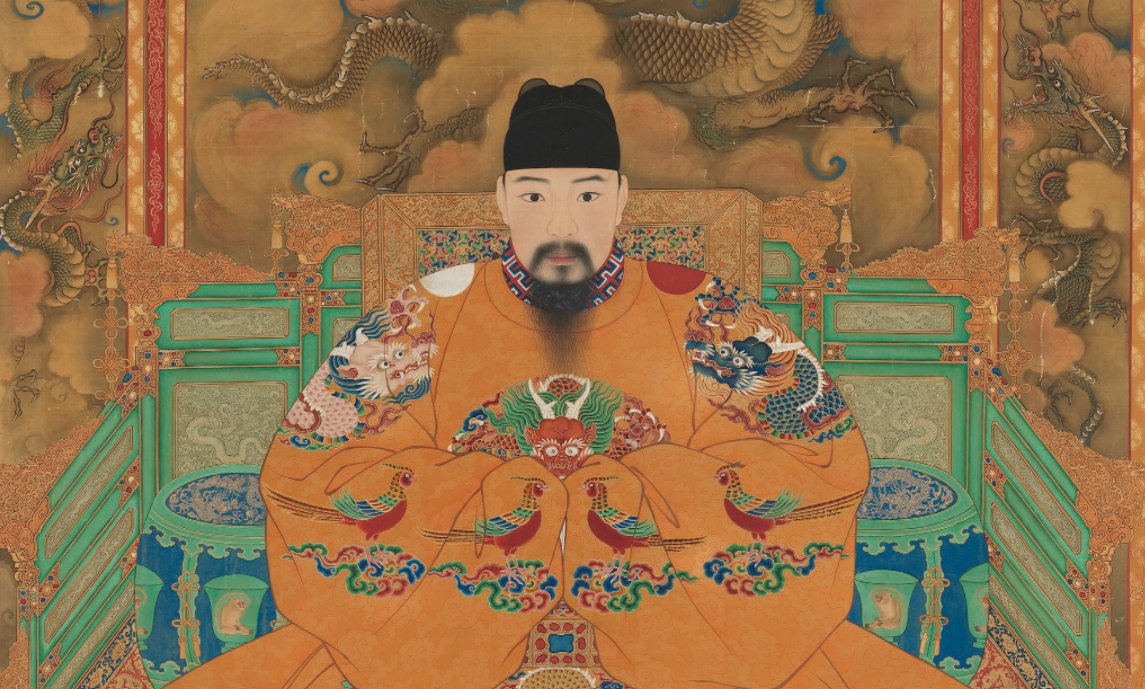 It was bc his upbringing was MESSED UP. His father, the Chenghua Emperor, was obsessed with porn and let his favorite consort Lady Wan terrorize his harem unchecked. Bc Lady Wan's own son died shortly after birth, she made sure no other concubine would get to have a son either -
Rumor has it she would try to induce miscarriages if she discovered any concubine was pregnant and would poison the babies if they were born. Our protagonist Zhu Youcheng only survived bc a bunch of palace servants hid him away and raised him in secrecy for 5 YEARS 3/?
Then one day when he was 5, his dad was like "Man, why don't I have any kids?" to a eunuch

The eunuch was like "Actually, Your Majesty, you do!!" and finally revealed Zhu Youcheng. By then it was too late for Lady Wan to kill him, so he became the official heir 4/?
Buuut Lady Wan still killed Zhu Youcheng's mother Lady Ji, a lowly palace girl who his dad "visited" on a whim once

So after Zhu Youcheng took the throne at ~17, he was like ALL RIGHT, NO MORE OF THAT, I WILL TAKE ONE WIFE AND ONE WIFE ONLY FOR THE ENTIRETY OF MY LIFE 5/?
He stuck to his vow and was actually a really great emperor!! His reign was so smooth it's considered a very boring chapter in the otherwise wild and cutthroat Ming dynasty, lol.

He had 5 children with his only wife, Empress Zhang, 2 sons and 3 daughters - 6/?
But he died young at 35, and this is where the downside of an emperor being monogamous showed through. One of his sons died in infancy, so he only had 1 eligible heir, who turned out to be the UTTERLY WILD Zhengde Emperor. I'll talk about him some other time bc my GOD 7/?

The Zhengde Emperor partied so hard he died childless at 29 and the regular lineage of succession just BROKE right there. They had to whisk a vassal prince to the capital to become the new emperor

This was the Jiajing Emperor, who was also Very Terrible 8/? 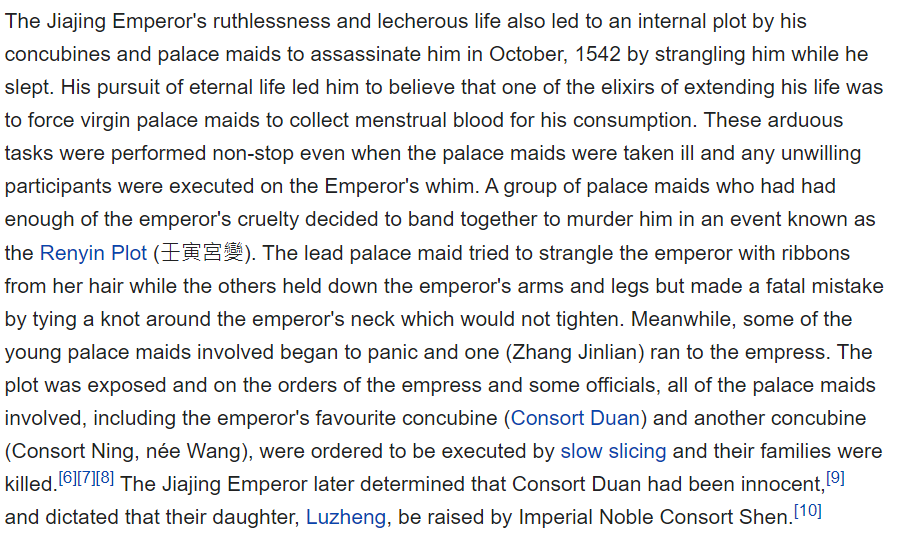 Anyway that's the story of the one emperor who tried to be Good among all the whack ones in the Ming dynasty. They had some of the worst, I swear.

I'm sure the people back then appreciated your boringness, Zhu Youcheng

Filing this under a new collection, Wild Chinese Emperor Stories, because I have a lot more of these to tell, lol

Wild Chinese Emperor Stories https://twitter.com/i/moments/1353453289338093569
Also I don't think Zhu Youcheng was the *only* Chinese emperor to have just one wife, but I'm pretty sure he was the only one to deliberately decide on it out of a place of trauma

He also wasn't his dad's only kid. After he survived, Lady Wan kind of gave up on killing the kids
You can follow @XiranJayZhao.
Tip: mention @twtextapp on a Twitter thread with the keyword “unroll” to get a link to it.