Read on Twitter
The classic “look at a problem in a new way” move:

Dick Forsbury won the high-jump gold medal at the 1968 Mexico Olympics by jumping backwards and head first (instead of forwards and feat first).
Evolution of the High Jump 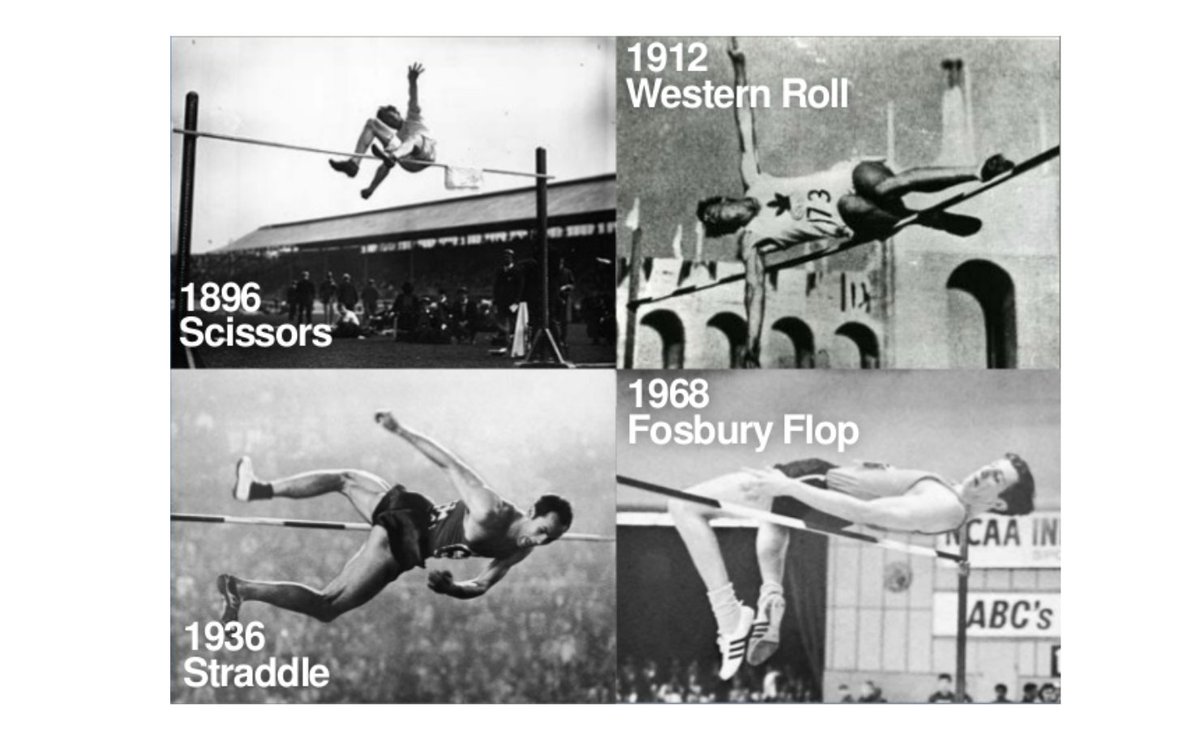 The "Forsbury Flop" back story is wild:

• While developing the flop in high school, Forsbury compressed vertebrates because the soft landing pads were not yet standard
• Someone described his early attempts of the move as an "airborne seizure" and "world's laziest high jumper" 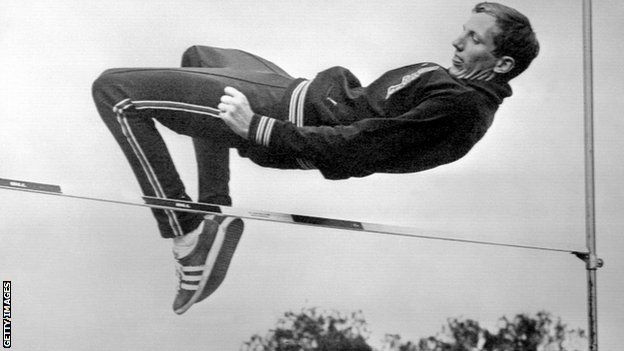