1/ Battery factories are much more difficult to scale than auto factories–just ask any auto company trying to produce its own cells. If you think Tesla can produce 20M EVs in 2030, read this thread.

3/ Some $TSLA bulls think Tesla can build enough auto factories to pull it off. Fine.

Building enough BATTERY capacity, though, is a whole different beast.
4/ Even by our estimates, which are much lower than @elonmusk's, Tesla will have trouble sourcing enough batteries. https://twitter.com/snowbullcapital/status/1329920337098715137

5/ First of all, remember that Tesla only plans to produce its own cells (4680) for Cybertruck, Semi, & Plaid. The rest will have to come from battery suppliers. 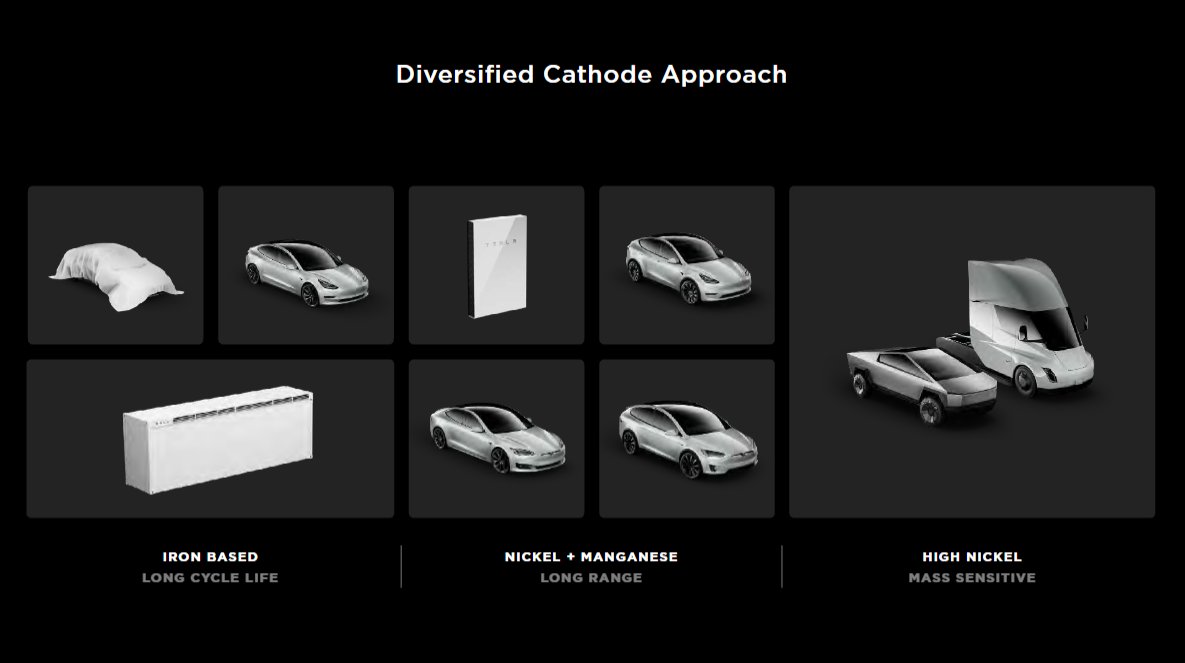 6/ We applied the weighted proportions from our estimates (by model) to Tesla's goal of 20M sales in 2030, and determined Tesla will need 1.47TWh of batteries. In that case, Tesla would require 7.6x more batteries than were produced for EVs GLOBALLY in 2020. 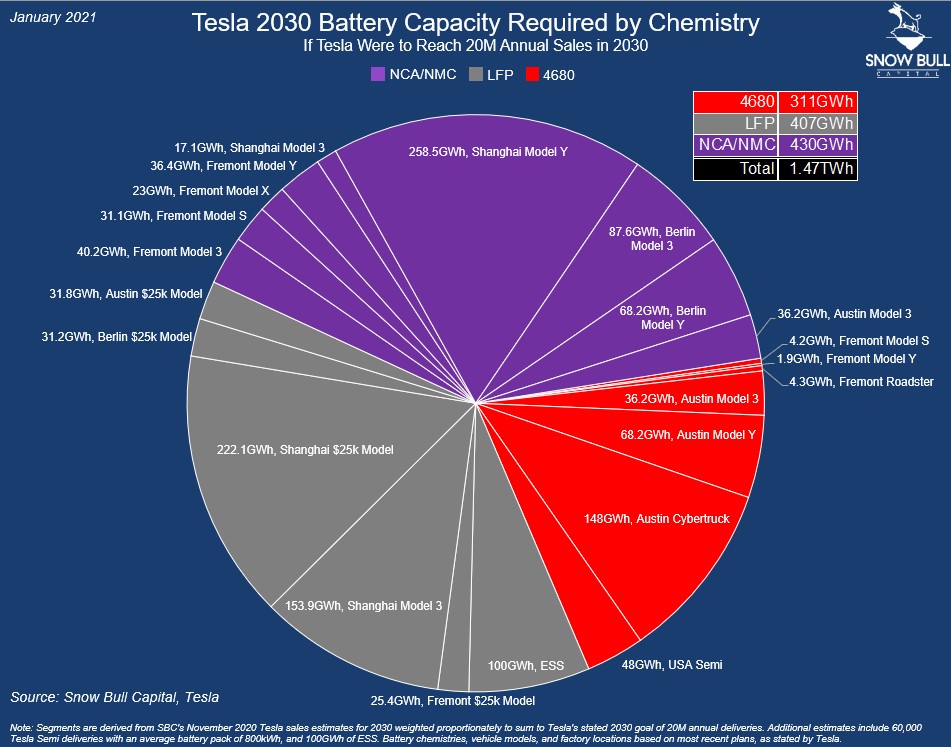 7/ For what it's worth, Tesla said at Battery Day that it would BUILD 100GWh of battery [capacity] (we assume?) by the end of next year. That would require 10 production lines of 4680 cells. 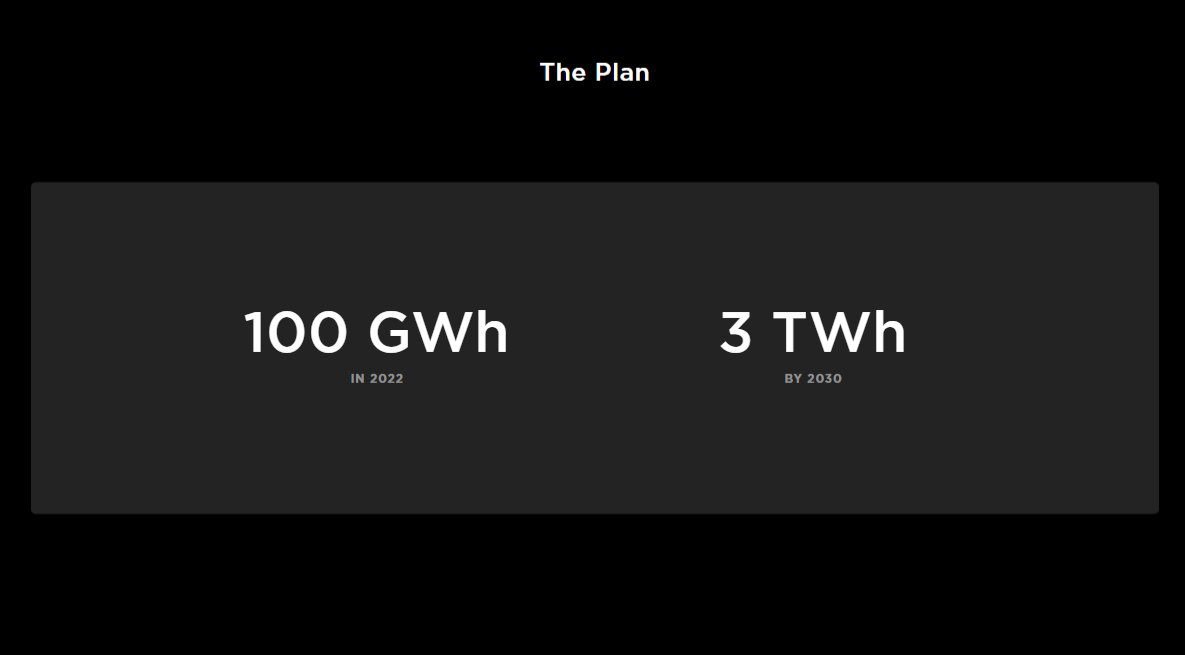 8/ Beyond all of the unknowns of such a feat (raw materials sourcing, building new factories, astronomical CAPEX, the technology in the first place i.e. extracting battery-grade lithium from TABLE SALT, etc.), Tesla wouldn't need that capacity to meet its 20M goal.
9/ Here's what we think Tesla would need, in terms of batteries, to pull off our estimate of 3.55M sales in 2027. 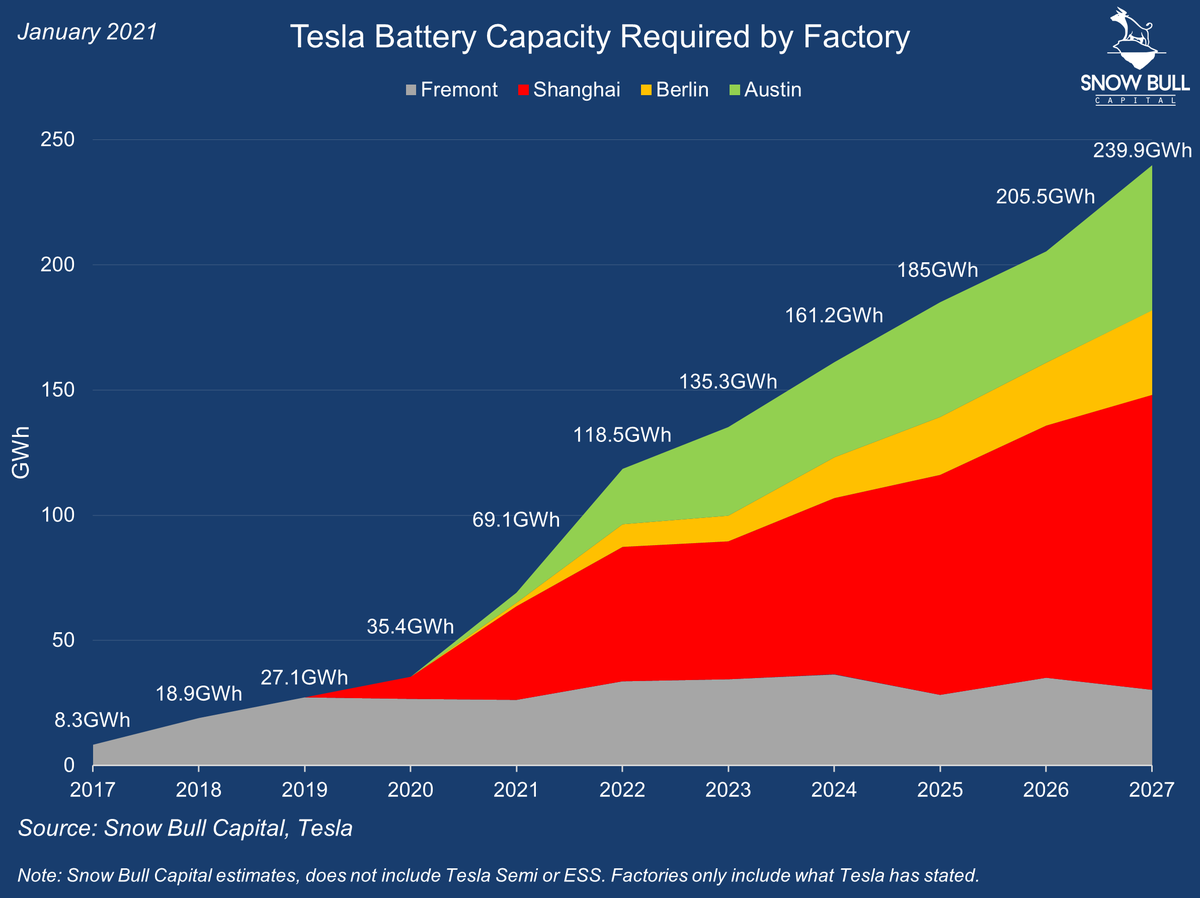 10/ Tesla will need 1.12TWh of batteries between now and 2027 to meet our estimates. While ambitious, Tesla has no plans in place with GF1 (Panasonic), Kato Road (Tesla), LG Chem, Panasonic (18650), or CATL to come anywhere close to scaling to that level of capacity.
11/ It's not impossible for Tesla to source that many batteries (hence why we estimate it can), but Tesla's battery suppliers would need to scale just as quickly as Tesla's auto factories to keep up.

Again, it IS technically possible...
12/ What we don't think is possible is Tesla scaling enough batteries for 20M EVs in 2030. Even if 4680 cell production somehow scales as "planned", they would only cover 21% of the batteries Tesla needs.
13/ Plain and simple, not nearly enough battery factories are even currently planned to supply Tesla with enough batteries for 20M EVs in 2030. A new 40GWh battery factory would need to be built every quarter, starting today, for 20M Teslas in 2030.
You can follow @Real_Jack_Shea.
Tip: mention @twtextapp on a Twitter thread with the keyword “unroll” to get a link to it.