Read on Twitter
WHY DID AGASTYA RISHI DRINK THE ENTIRE OCEAN WATER?

There lived a demon named Vritrasur in satyug. He along with other demons, mainly Kalkeya harassed the devtas. The devtas were unable to defeat them.

The devtas then went to Brahma for help. 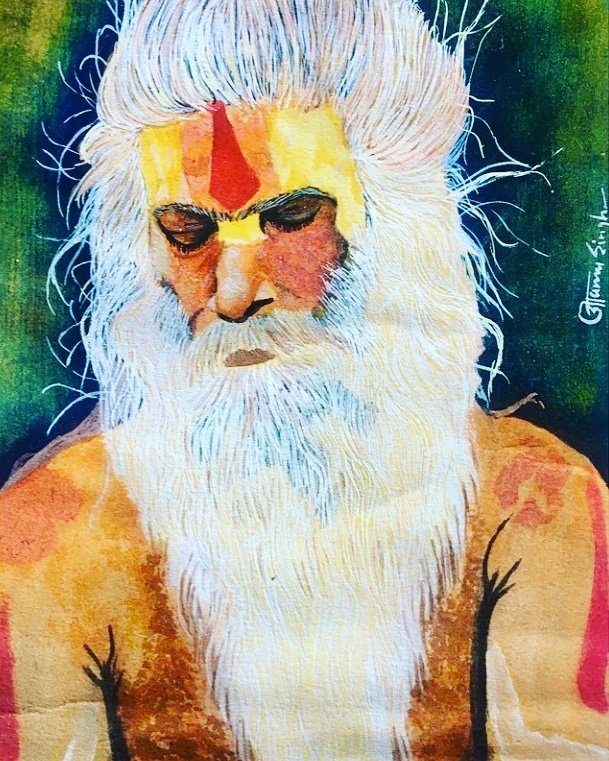 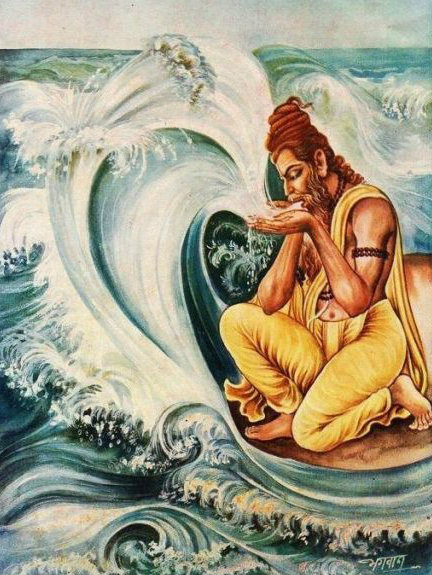 He advised them to go Rishi Dadhichi and ask him for his bones as they were strong enough to kill a powerful demon.

The devtas then go to Rishi Dadhichi who gladly offers his bones. Then Vishwakarma builds a powerful Vajra out of it.
The Rishi's along with Vishnu ji also transferred some of their powers to the devtas to ensure that the demons were destroyed.

Although Vritrasur was killed, the other demons went to hide in the ocean. The demons would then slyly come and kill the Rishi Muni's in the night.
The ocean was vast and it was difficult to locate the demons inside. The devtas were now helpless.

The devtas this time approached Vishnu ji for help. Vishnu ji was aware of their dilemma. He advised them to first get the ocean dry.
Unable to solve this difficult task of drying the ocean, again the devtas go to Brahmaji who takes them to Rishi Agastya.

The devtas pay their obeisance to the rishi and sing his virtues. They remind Agastya rishi how he had helped the devtas twice before.
One was the incident of Vindhya mountain making himself taller than Meru Parvat and restricting the parikrama of grahas and the other was of dethroning Nahush as Indra. It was Rishi Agastya who stepped in and ended the pain of devtas.
So the devtas remind the Rishi of these two instances and again plead for help. The rishi agrees and drinks the entire ocean water.

The hiding demons running around are then destroyed by the devtas.
I have posted in other social media chanels too

You can follow @Anshulspiritual.
Tip: mention @twtextapp on a Twitter thread with the keyword “unroll” to get a link to it.