Read on Twitter
Has she been scammed or is she the scammer who is scamming us?
Nidhi Razdan; a thread:
1. She claimed to have received a letter of appointment from the Harvard University in June'20

2. Announced that she had been appointed as the Associate Professor of journalism at Harvard 1/n
3. Nidhi started using 'Associate professor, at Harvard' everywhere with her name. Even updated Wikipedia page with it. Did shows with those credentials.

4. Six months later she announces, that she has been conned. That, it was infact a phishing scam laid out to trap her
2/n
The questions being:
A. How did a well informed working professional with a career graph as Nidhi's not do a background check on her offer?

B. Did she start receiving salary at the job, or actually start teaching? If not, how was she using the credentials?
3/n
C. Were there documents to show for the credentials?

D. Or were the scammers sending her salary checks to keep playing 'Associate professor of journalism, at Harvard University' ?
4/n
E. As for all those doubting, whether, Harvard, has a journalism department. Well they don't, but they have a History Department which does offer a course in Journalism and media. So let's not doubt her on this.
5/n 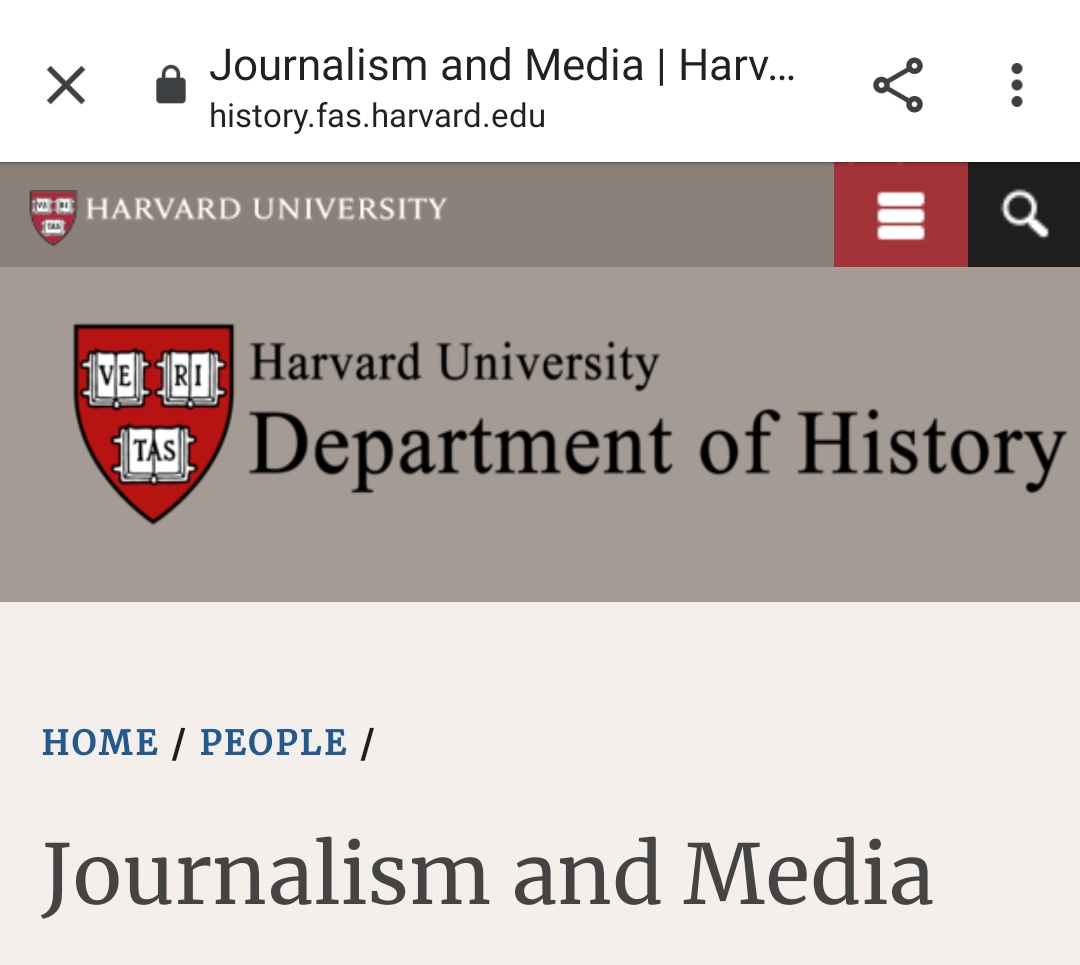 F. It took Nidhi, 6 months to realise there might be something fishy! Really!?! So much for being a top ranking, hardened journalist, with years of experience behind her.
6/n
G. Harvard University was being tagged left right and centre, on the tweet announcing Nidhi's 'letter' from them. Nobody there noticed it! So was she actually appointed and then probably kicked out? Is this an attempt to save face?
7/n
To wrap it up, looks like there are too many questions, I for one am literally 'con'fused:
Kaun con & kaun conned.
N/n
You can follow @RuchiraGhosh.
Tip: mention @twtextapp on a Twitter thread with the keyword “unroll” to get a link to it.