Read on Twitter
A few things from Amazon’s response to the Parler suit... There were many examples of vile and violent speech on Parler and this claim that Parler’s content moderation was so woefully inadequate for its scale, that it had a backlog 26,000 reported posts to review

Parler's antitrust argument amounted to alleging (without evidence) that Twitter and Amazon colluded to crush Parler. Amazon says they know of no such communication about the issue btwn the companies

Amazon said there was an immediate danger to keep supporting Parler, citing plans for the inauguration and threats against Amazon workers 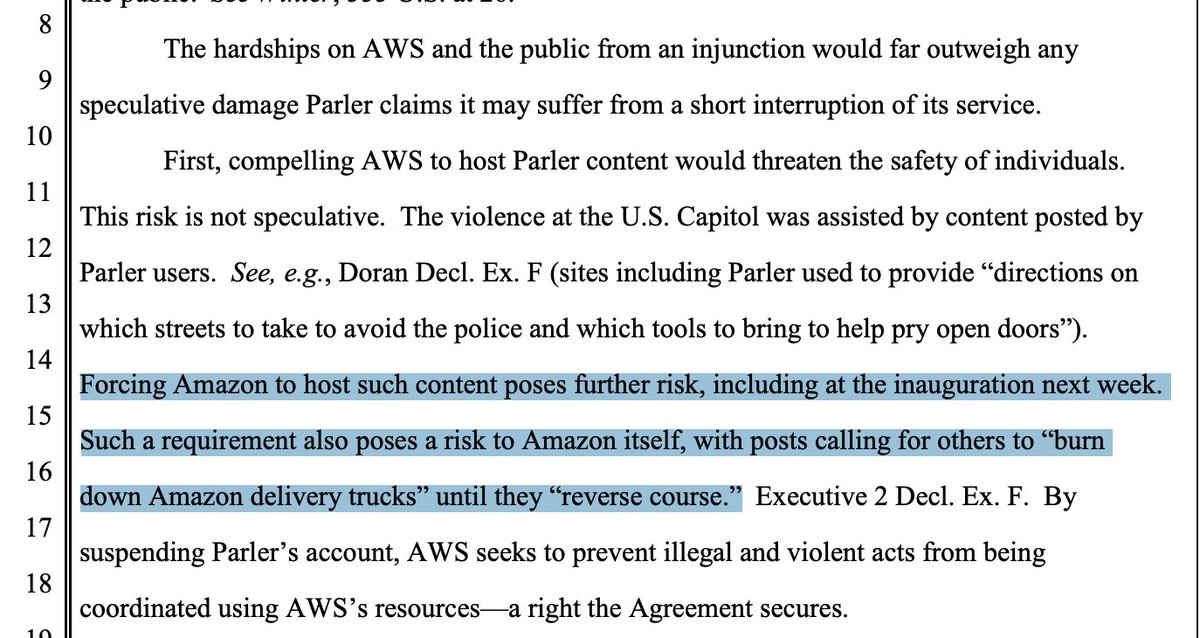 When I said Amazon cited many vile and violent examples of posts that it flagged for Parler, I meant it. 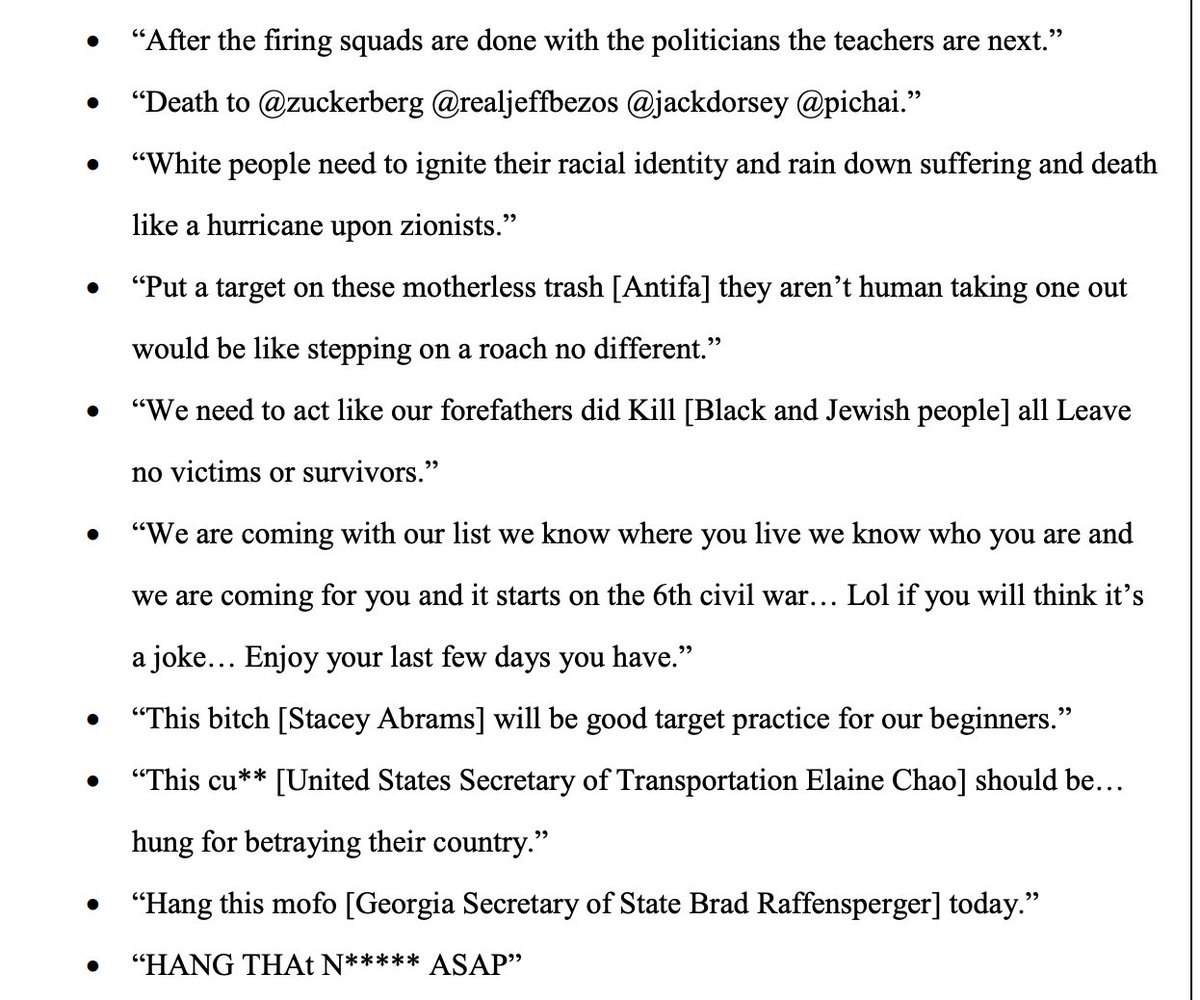 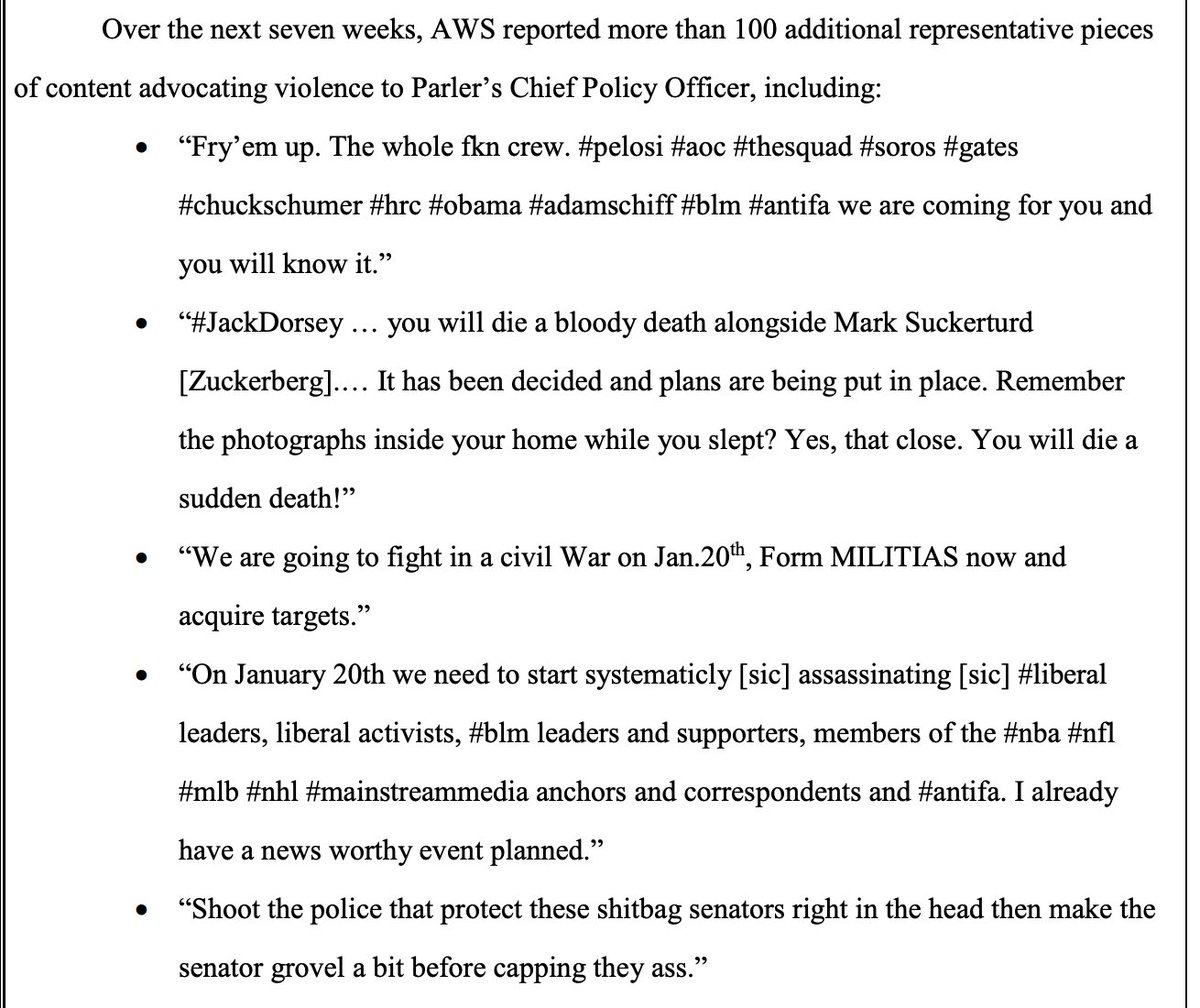 I should add, the docket doesn't explicitly say Parler met the judge's deadline yesterday to finally serve Amazon in the suit, but there's also no order from the judge dismissing the case or taking them to task again. I'm taking that as a sign they did indeed serve Amazon.
Parler's response is due by noon tomorrow, Seattle time. Let's see how that goes...
You can follow @KYWeise.
Tip: mention @twtextapp on a Twitter thread with the keyword “unroll” to get a link to it.