Read on Twitter
Ugra Pandya
The incarnation of skanda

After marriage of Meenakshi and sundareswarar skanda I was born as son to them. He was named as Ugra Pandya. He learnt under agastya and also his parents. After he grew up sundareswara and Meenakshi decided to go to Kailash 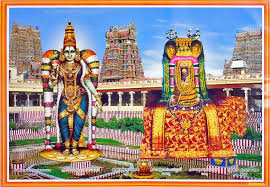 Marriage of ugra Pandya
Shiv and Meenakshi started looking suitable girl for their son. Ugra Pandya was married with princess kanthimathi. marriage taken place very grandly. All were happy to see their Prince gets suitable bride. Sumathi was able minister and commander in city.
Giving of weapons
They called Ugra Pandya and coronated him as king of Madurai. Meenakshi gave Ugra Pandya 3 things spear bangle and boquet . and Shiva Parvati mounted on Nandi theywent to Kailash happily. Ugra Pandya ruled very efficiently. All citizens Were are happy
Sea vs king
At the time king of sea was very egoistic. he decided to enter Madurai. whole Madurai was flooded. All people were frightened & went to king for help. Ugra Pandya was sleeping at that time. he woke up heared the news & decided to teach king of sea some harsh lessons
He thrown vel (spear) mother gave to him.
It violently stuck the sea dried whole sea and reduced sea to level of well. King of sea was very much frightened. he now knows king was skanda & fell at his feet & asked apology. He pardoned him and he was made back to his original state
India versus Ugra Pandya
Once there was no rain in Madurai and adjoining regions. all 3 kings chera chola and Pandya went to agastya. He told to perform soma Vara vratham. After that all 3 kings went to swarga to meet Indra. There Indra was jealous of ugra Pandya fame .
Pearl necklace
He brought pearl necklace lifted by ten people to humilate ugra Pandya. Ugra Pandya laughingly lifted necklace and worn it. Indra stunned. He assured rains to 3 kingdoms. Chola and chera kingdoms were rained but pandhya were drought ridden. Ugra Pandya very angry
Battle with Indra
He arrested Devas responsible for clouds. this angered Indra who waged war with ugra Pandya. Celestial were taken back in war. Finally Indra threw vajra. ugra Pandya threw bangle which his parents gave. that broke vajra and Indra crown too. Indra realised skanda
Meru ego trashed
He apologize to Ugra Pandian knowing he is Skanda. Another instance when Pandiya needed gold he asked his parents . Lord Shiva told him to get from meru mountain. Meru arrogantly refused . Ugra pandya strike meru with flower bouquet given to him by shiva
Meru got shattered all over. He fell at his feet knowing him as Skanda. Beautiful child was born to Ugra Pandya. he was named as Veerapandiya. Ugra Pandya return to Kailash after ruling Pandya Kingdom efficiently.Story taken from Thiruvilayadal Purana written by paranjyoti 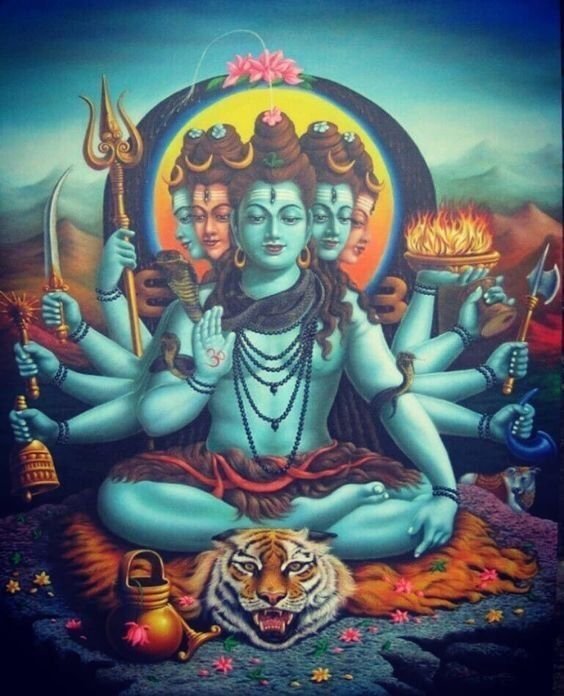 You can follow @cpraveentrader.
Tip: mention @twtextapp on a Twitter thread with the keyword “unroll” to get a link to it.