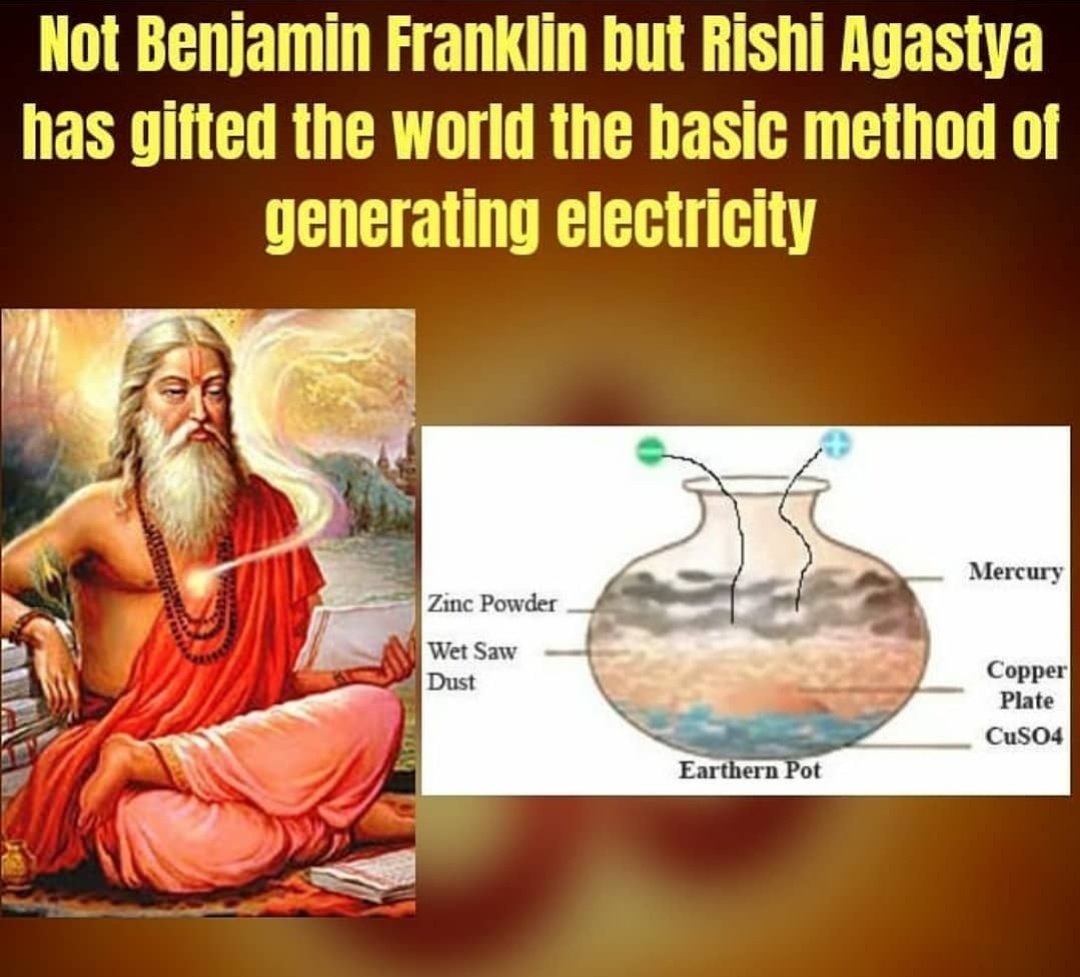 We all have been taught that foreign scientists such as Newton, Einstein, Benjamin Franklin had invented electricity, bulbs and batteries. But what has not been taught to us is that the electricity was being used in India thousands of years before that.
1/n
Many of us do not know that Agastya Rishi was the father of the electric battery.
Agastya Rishi is one of the great sages. The basic method of generating electricity is based on the ancient principles of Rishi Agastya.
2/n
For generating electricity, Rishi Agastya combined an earthen pot, a copper plate, copper sulphate, wet sawdust and zinc amalgam and conducted his experiment.
And the same theories are even followed by the modern batteries we use today.
3/n
The experiment involves placing the requisite material in a resilient plastic container and then using lead or copper plates in place of positive and negative iron plates. Using a porous synthetic material such as wet sawdust, these plates are separated from each other.
4/n
Thereafter, a diluted solution of sulphuric acid and water is used to make the connection.