Read on Twitter
Speed of execution is the moat inside which live all other moats. Speed is your best strategy. Speed is your strongest weapon. Speed has THE highest correlation to mammoth outcomes. Those who conflate speed w/ 'thoughtlessness' haven't seen world class execution @ speed. E.g.:
Many confuse speed w/ impatience. Impatience is your boss pinging you @ 9pm then calling @ 6am to check if a task is done. Speed is strategic. It is a permeated sense of urgency built w/ a shared belief that what you are doing is important & if you don’t do it, someone else will.
AMZN defines speed. Their 2015 SEC filing ( http://shorturl.at/xDEU1 ) is a must-read: (1) deliberate irreversible decisions (~10%?) (2) expedite all else. Founding teams need to learn how to apply judgment w/ <70% of data (<50% for early stage cos). Move fast, “disagree & commit”. 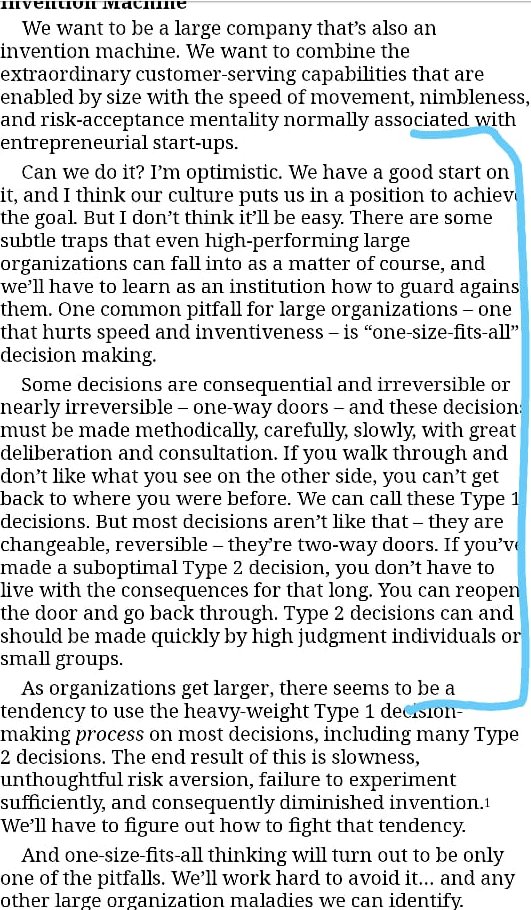 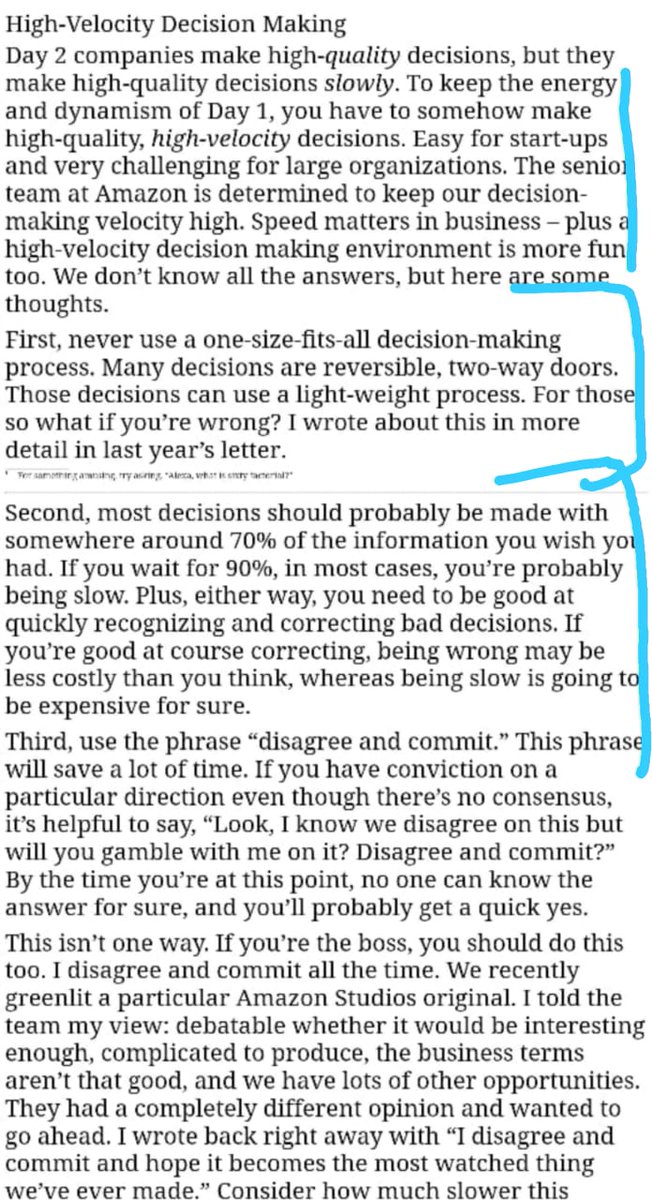 The launch of AMZN Prime is, of course, the stuff of legends. Apparently, Bezos called his top leadership over the xmas weekend to his house (busiest week of the year; lots of stuff crashing) & tells them to plan & launch Prime in 3-4 weeks. @vijayravindran talks about it (3):

. @elonmusk is another fantastic example of speed & urgency. In 2018, unhappy w/ how the Starlink project was moving, he flew to Seattle &, soon upon landing, fired 7 of his top managers. By May 2019, there were 60 starlink sats in space. Elon is now expediting Mars timelines. 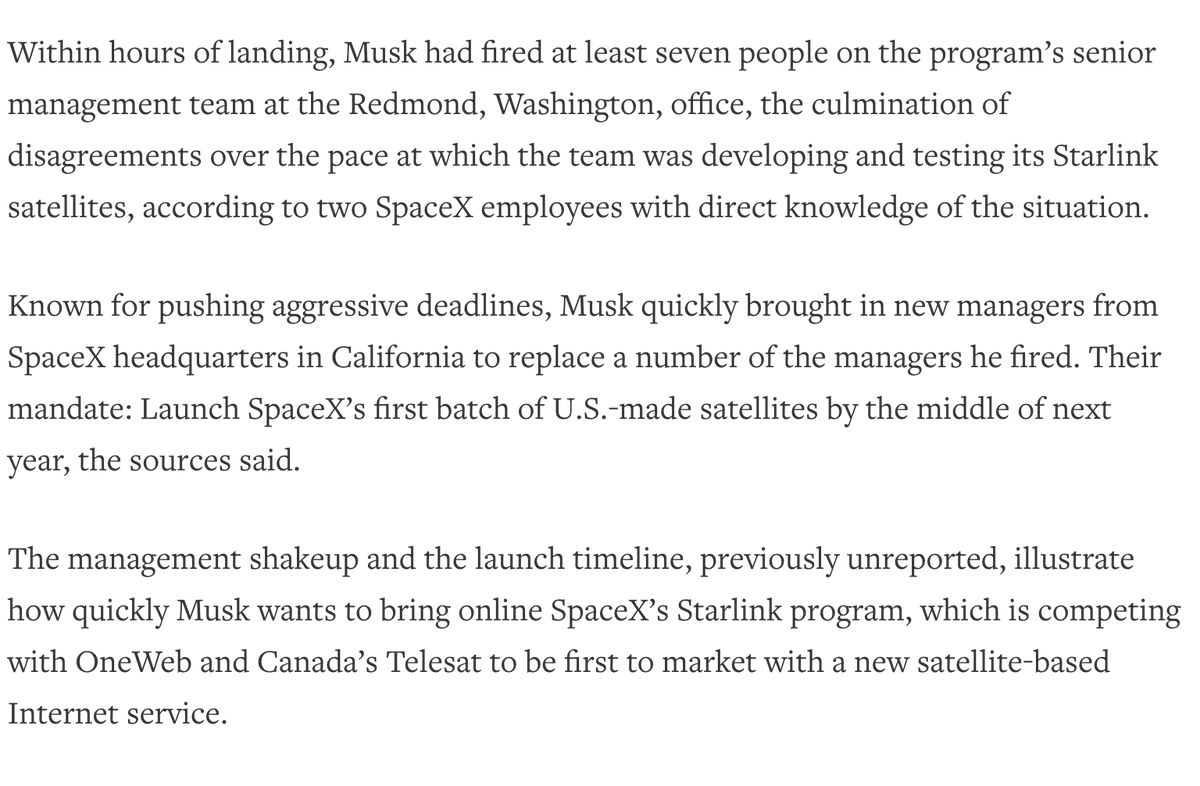 Back on earth, @pfizer pulled a miracle covid vaccine out of what seemed like a magic hat but behind the scenes, the CEO was pushing his team to deliver 10x the capacity they had initially planned. He was asking his team, “Why can’t we make more and why can’t we make it sooner?” 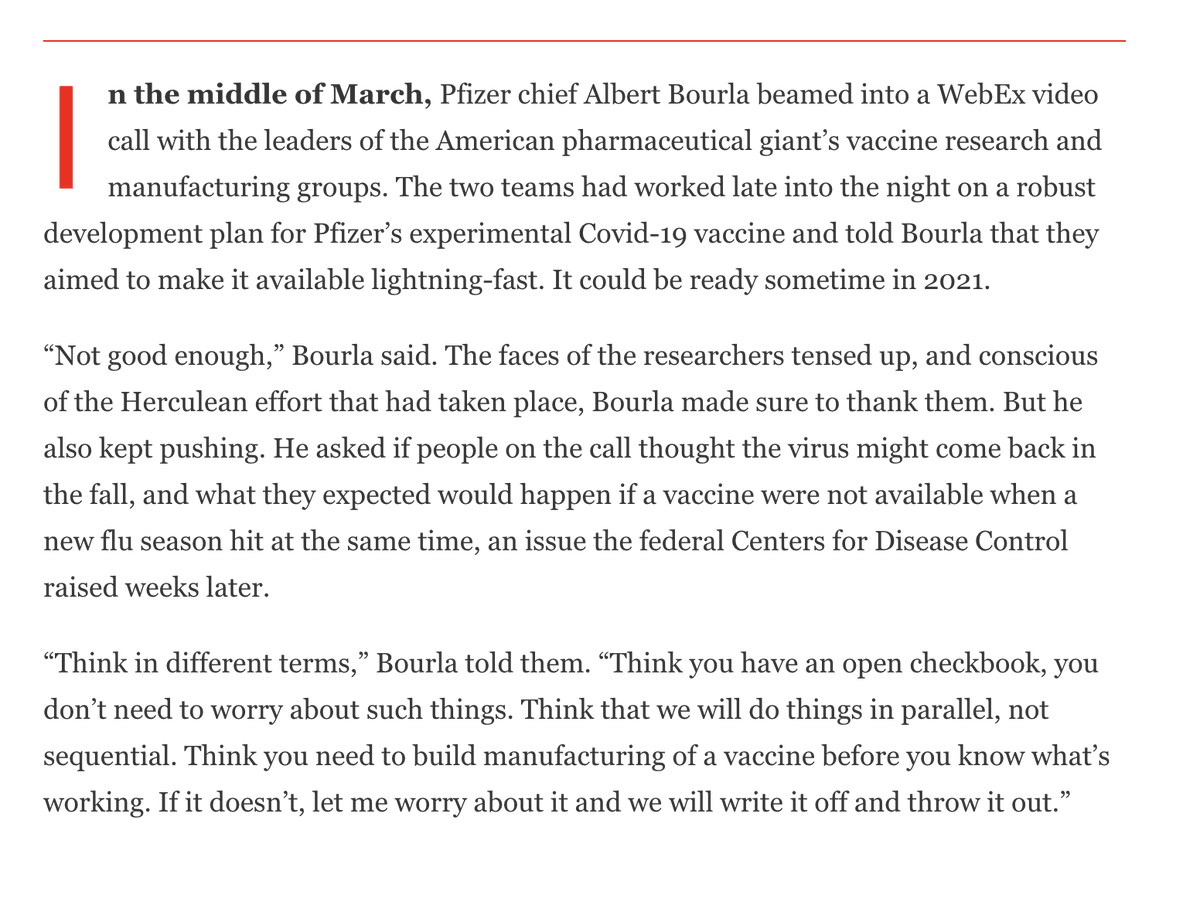 Speed has a LOT of benefits. Rapid rollouts builds traction & moats faster→ more wins→ better morale→ more success→ better PR→ attracts capital @ better valuation→ attracts stronger people→ more success. Eric Schmidt used to say Revenue solves all known problems, but…
...before revenue hits, speed solves most known problems. Mike Cassidy of Google[x] wrote about this extensively - here’s an example of how quickly he opened up a new office for his then startup post a fundraiser in ‘98. If you can do THIS in 1998, we have no excuse in 2020. 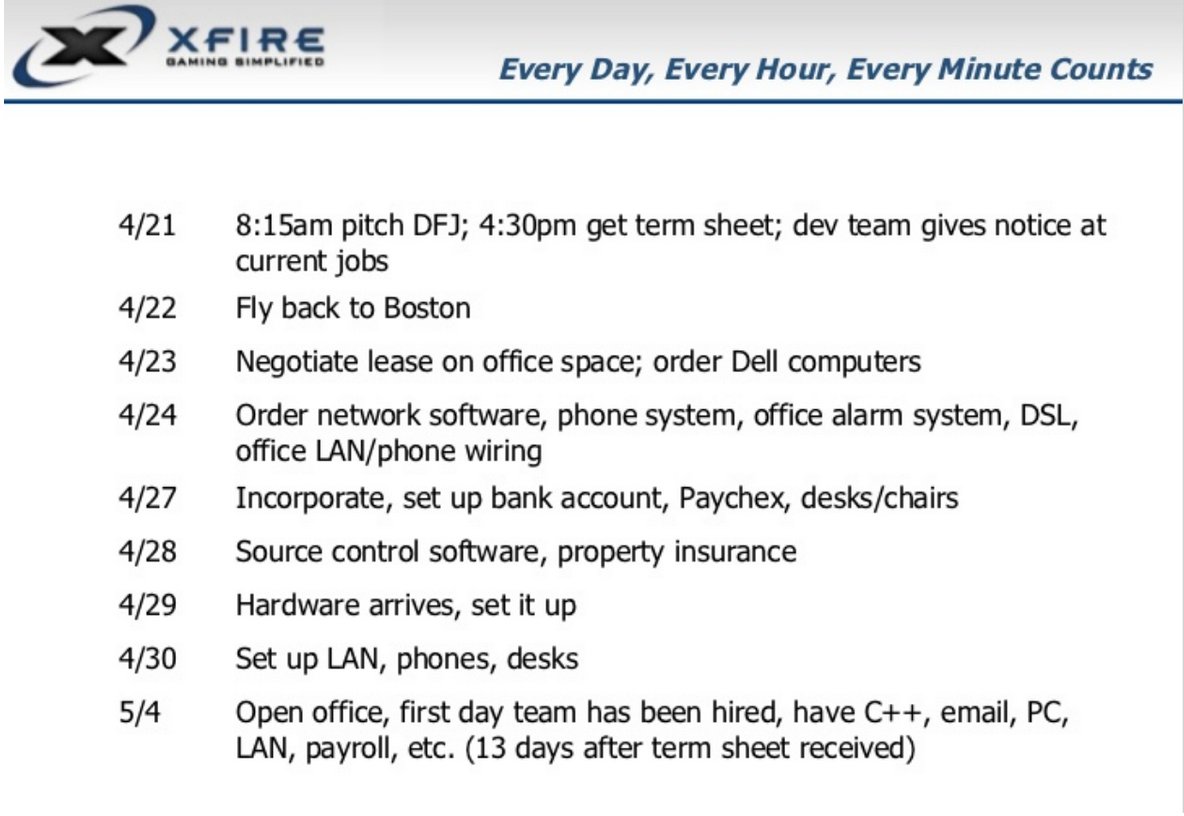 So, how to identify sluggishness in your company? Found a strong VP of sales→ took 7 days to close? Close in <24hrs. Hired a bad salesperson→ took 6mos to fire? Fire in <60d. Product sprints are 4wk? Do in <2wk. Growth slowing, but took 2 mos to call all-hands?

CALL TONIGHT!
. @hubiloconnect ( @LightspeedIndia portco) saw their revenues fall to $0 in Mar’20 as offline events shut down due to covid. In 20 days, they pivoted to virtual events: reduced sprint cycles to <5d, worked weekends, built an MVP & got 1 client@ $250. They are now touching 10M ARR.
Speed works! Speed of execution is the moat inside which live all other moats. Speed is your best strategy. Speed is your strongest weapon. We are obsessed with speed. If you are a founder who loves speed & can keep pace with Lightspeed, we’d love to hear from you!

/end.
You can follow @MohapatraHemant.
Tip: mention @twtextapp on a Twitter thread with the keyword “unroll” to get a link to it.