Read on Twitter
1. With Trump shutting down our Government and Military, throwing millions of unemployed Americans off unemployment and restarting evictions, how will the taxpayer-funded casino on Wall St do Monday morning? Don't forget folks, the reason many firms are not in Bankruptcy is
2. because in late March, as the markets were crashing, the @federalreserve and @USTreasury did exactly what I said they should and bought up all the bonds. For people who don't know what that means it's like the taxpayers bought all the mortgages on failing US corporations 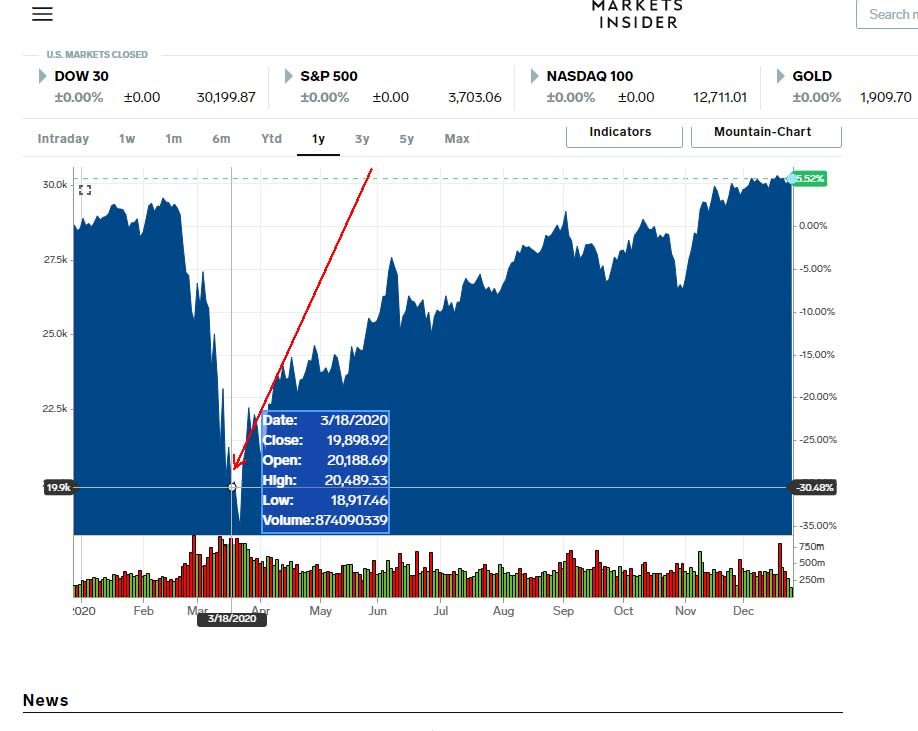 3. & hold them now. @CNBC @Bloomberg and the markets were thrilled with Trump but we control the paper that can wipe out their shareholder equity. Tick tock.

4. I knew how to fix crashing markets but I never expected a Kremlin agent so bent on destroying America would be in a position to do what @senatemajldr @GOPLeader and Koch are allowing him to do. But I also know how to punish pro-Kremlin traitors like Koch, @SenateGOP & @HouseGOP
5. To survive, we need to turn Trump's wealthy base against him & the @GOP. When the markets crash, that may be easy to do. Enjoy the shutdown brought to you by @POTUS @RealDonaldTrump @GOPLeader and @senatemajldr.

@GoldmanSachs @MorganStanley @UBS @JeffBezos @stevenmnuchin1
6. Here's a plan for the @SenateDems with a majority and no filibuster: Amend Chapter 11 of the Bankruptcy Code to give small 401k investors pari passu priority with the bonds. Let big investors like @GoldmanSachs @UBS and @KochIndustries be totally wiped out. @stevenmnuchin1
7. Reminder: I'm 100% certain Trump crazy video he did in secret was the result of some nitwit like @RudyGiuliani telling him foreign aid & carp research were in the Covid19 bill because they didn't realize it's in the 2021 Budget. Trump can't admit it so he'll let everyone die.
8. But unless he went short, Trump has money stuck in the market. He and his crew at Mar-a-Lago, in about six hours, may see the Asian markets start the crash. He won't sign it to save America. But he will sign it to save his ginormous Depends draped okole.
You can follow @TimInHonolulu.
Tip: mention @twtextapp on a Twitter thread with the keyword “unroll” to get a link to it.