Read on Twitter
These were the 6 biggest market cap companies at end-1999.

Here’s what $1000 invested into each is worth now:

Nokia sold off its mobile business to Microsoft in 2014 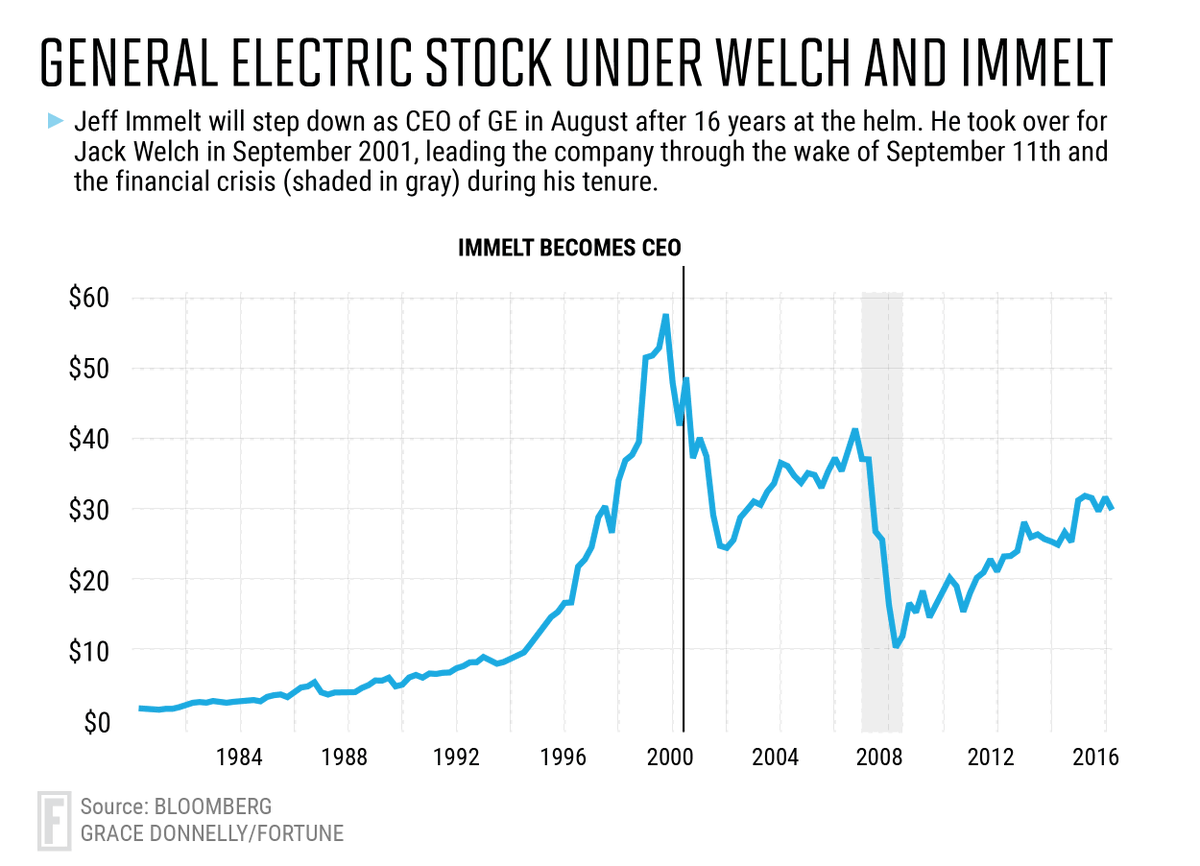 You gotta ding Welch for creating GE Capital, which blew up in 2008.

GE needed $151B in private/gov bailouts: 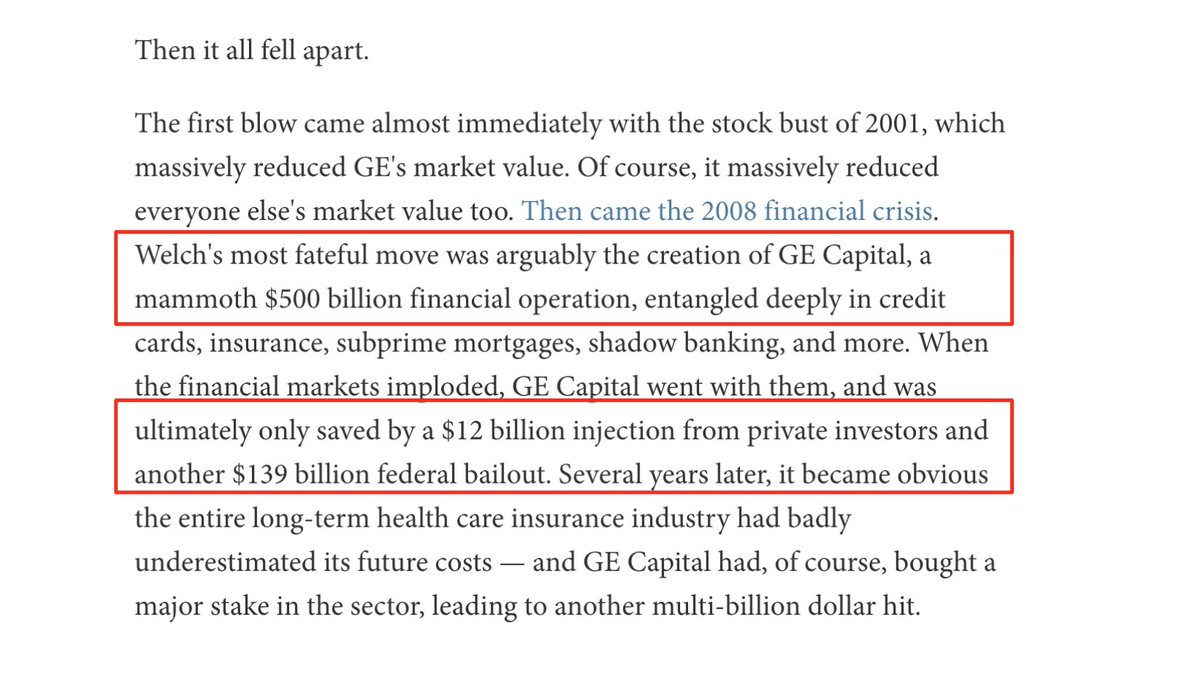 Makes it look better for CSCO, XOM, INTC (but your investment is basically flat over 20 years)...GE and NOKIA suck the same amount of A$$.