Read on Twitter
Let’s say a US city or state decided to do something that would outrage leftist sensibilities. And in response, Jeff Bezos cuts off Amazon delivery to the city or state, just for leverage. How long would it be until the people buckle, and demand changing the policy?
In a world where mom and pop businesses are nearly gone, and so much is available only online (and only from China), Amazon has more leverage than any other company—and even the largest governments.
We aren’t used to massive companies using their power on political issues so explicitly. But this year has taught us that it’s not for lack of ideological commitment to leftist causes.
“Creative destruction,” they shout. A massive, highly-ideological monopoly with the ability to destroy any competitor (in any industry!)
https://www.wsj.com/articles/amazon-competition-shopify-wayfair-allbirds-antitrust-11608235127 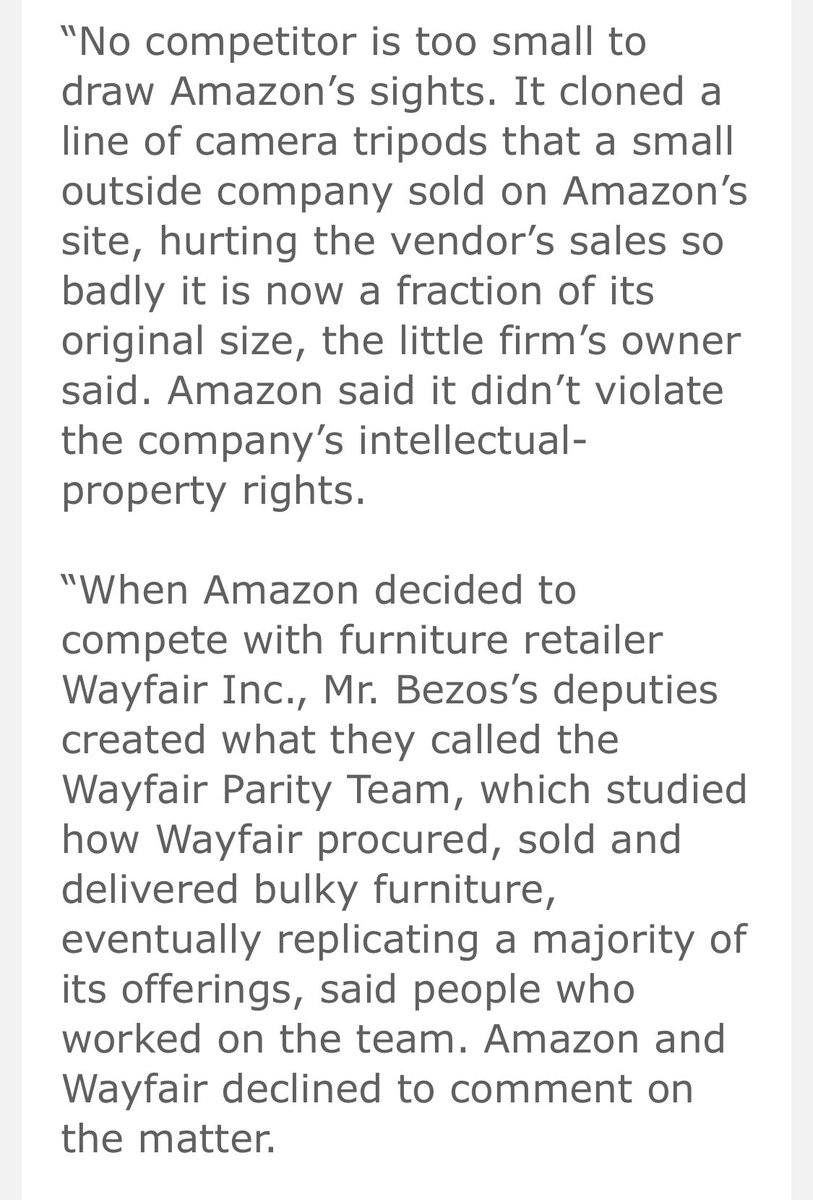 You can follow @davereaboi.
Tip: mention @twtextapp on a Twitter thread with the keyword “unroll” to get a link to it.