Read on Twitter
I hope @Xplornet & other rural internet providers are quaking in their boots, because I will sure as shit pay @elonmusk’s Starlink service $130/month for 144 Mbps compared to the $100 I’m paying Xplornet for an average age of 3 Mbps. Supposed to be 25! https://www.cbc.ca/news/technology/starlink-internet-beta-testing-in-canada-1.5831765
Elon Musk's Starlink offers fast internet connections to rural Canadians. But it's not cheap | CBC...

The new high-speed internet service from Elon Musk's SpaceX firm recently approved by the CRTC does have drawbacks, including its price tag and the potential impact its satellites will have on...

https://www.cbc.ca/news/technology/starlink-internet-beta-testing-in-canada-1.5831765
Here are my Speedtests on @Xplornet from Aug to Nov, 2020. Ignore the couple LTE tests when I was forced to use data because Xplornet’s service was so terrible. @FrontenacCounty, are there any rural Internet competition incentives or council plans to improve on this issue? 2/ 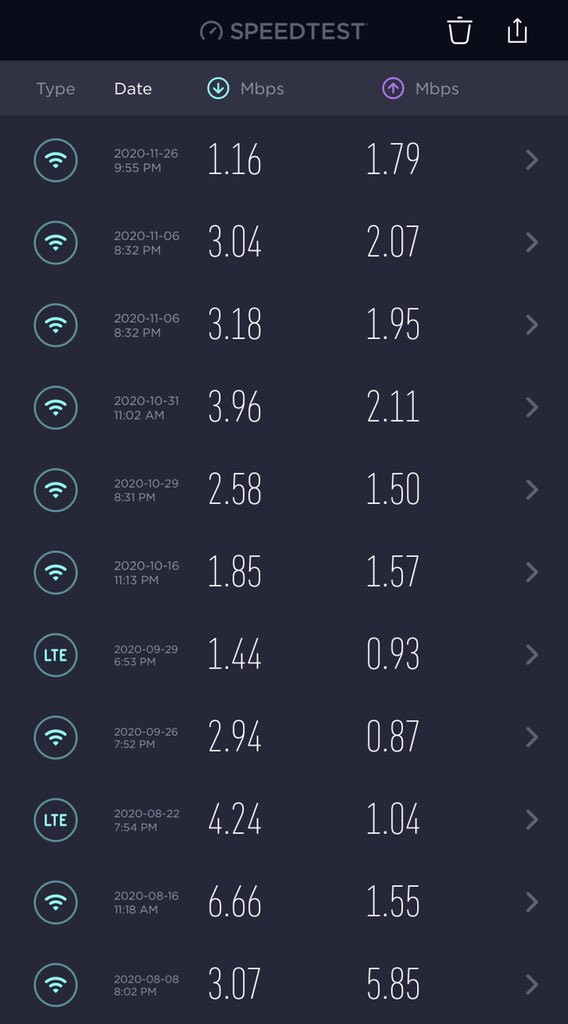 It’s a common occurrence I’ve now experienced multiple times over my 13 years living in the rural areas (I’ll mention just 15-20 mins north of Kingston). A new company or wifi technology is touted by companies like @Xplornet that initially works as advertised, but...
3/
...then they flood their bandwidth with customers to the point it degrades the speed to a massively frustrating level. Now one has to play the well-rehearsed farce of contacting tech support to go through the motions of resetting your modem and router to little avail.
4/
Then the insulting part is @Xplornet offers you something like a $15/month discount for a limited time, which you almost feel forced to take as a consolation prize b/c there’s no other rural alternatives in your area. So now I’m ONLY paying $85/month for blazing fast 3 Mbps.
5/
So, I ask an honest question of @Xplornet - what are you doing to address your overburdened LTE service? Forget the corporate speak, subterfuge, key messaging & the oh so dreaded, “Please contact our customer support.”Instead, provide a true answer so we can decide to stay or go.
I feel like @Xplornet and similar rural internet companies are the modern equivalent of Blockbuster, and guys like @elonmusk with @SpaceX’s Starlink are Netflix. The former simply can’t see the train coming down the tracks. Stop ignoring your customers’ needs! 7/
Our daughter arrived home early from university in another province. We were so concerned for her being able to write her online exams due to @Xplornet’s ridiculously slow speeds and poor connectivity that we had to make alternate plans in Kingston. 8/
And the humourous thing is last week we just had another planned significant outage from @Xplornet to “improve our services” and this was our speed for tonight. Remember, I’m paying $100+tax/month for an advertised “up to 25 Mbps.” 9/ 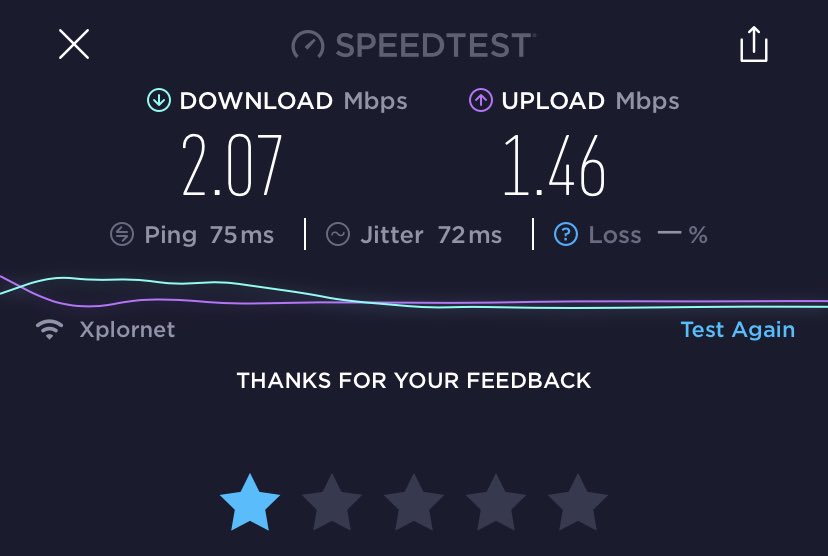 Then there’s @Xplornet’s own website, where they have a Mythbuster article. If I’ve called multiple times over the years and you can’t fix the problem of my 3 Mbps speed when it should be 25, there’s something wrong. https://www.xplornet.com/blog/xplornets-new-and-upgraded-lte-towers/
10/ 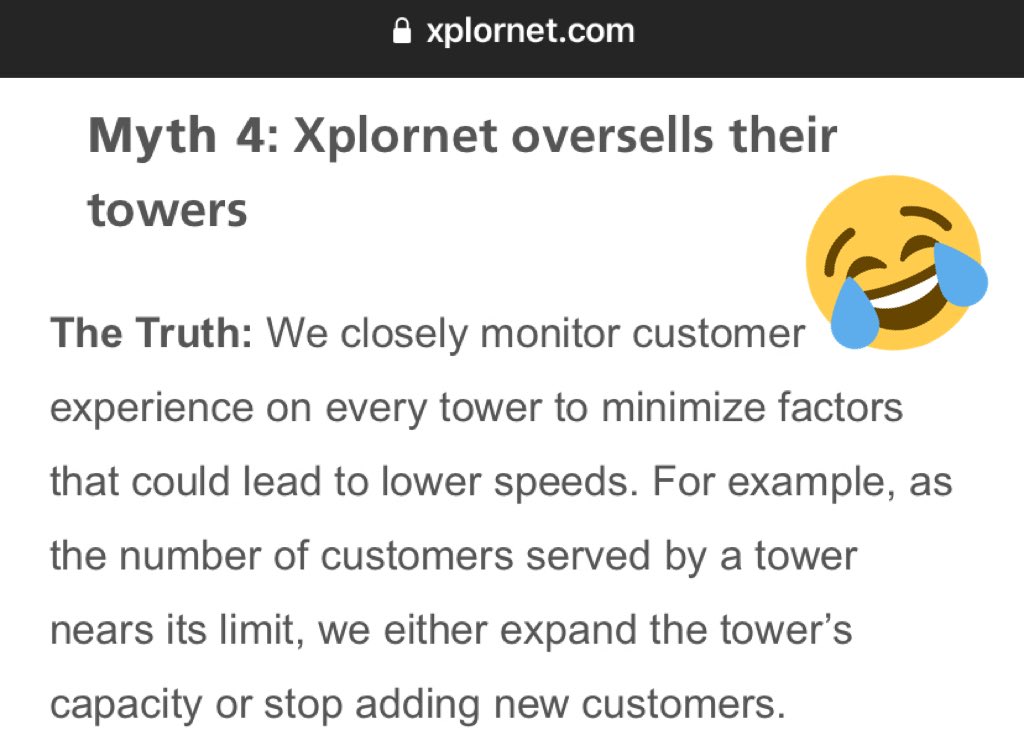 There are few industries like rural internet providers that deliver such poor service & keep running due to little or no alternatives. I’ll propose to @Xplornet that if I’m averaging 1/8 of my proposed speed, I should only pay 1/8 of my bill. So my $100 should be $12, ok?

11/
I also love how @Xplornet often uses the wifi router excuse. The last few years I had a new Netgear Nighthawk properly configured and secured. I recently upgraded to Amazon’s Eero Pro 6 mesh router system for full residential coverage. But yeah dude, it’s probably my router.
12/
The tragic thing is we get used to @Xplornet’s shitty service, we sit there, and we take it. We become complacent, and we say:

“Well, tonight it only took 1 min to buffer a movie.”

“I think those pixels are faces.”

13/
So, @Xplornet, my nemesis, enough with the charades. I will begin calling you daily, demanding better service, and will not accept any excuses or insulting discounts until I obtain the service we pay for. Most importantly, I will be constantly updating friends and followers.
14/
For those who are tired of @Xplornet or other subpar rural internet providers, be sure to follow @SpaceXStarlink, go to their website, sign-up for the newsletter, and be notified when your location is eligible for their hilariously-named “Better Than Nothing Beta” program. 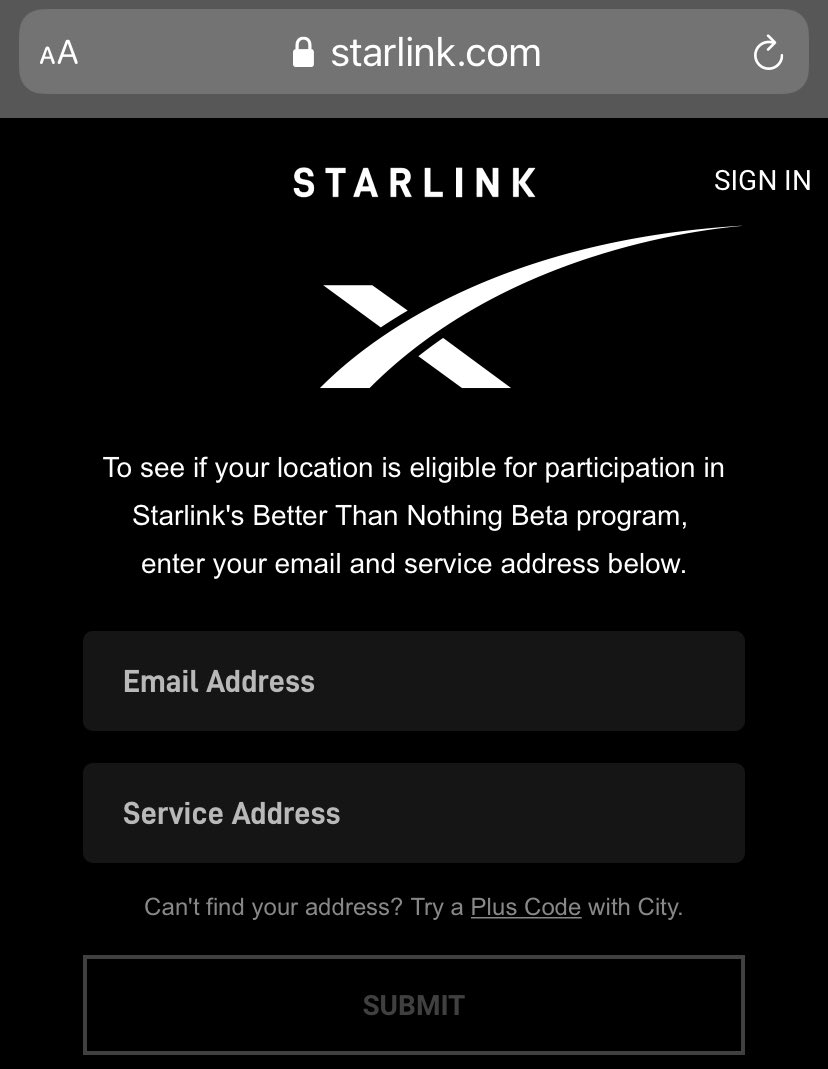 You can follow @koopy.
Tip: mention @twtextapp on a Twitter thread with the keyword “unroll” to get a link to it.