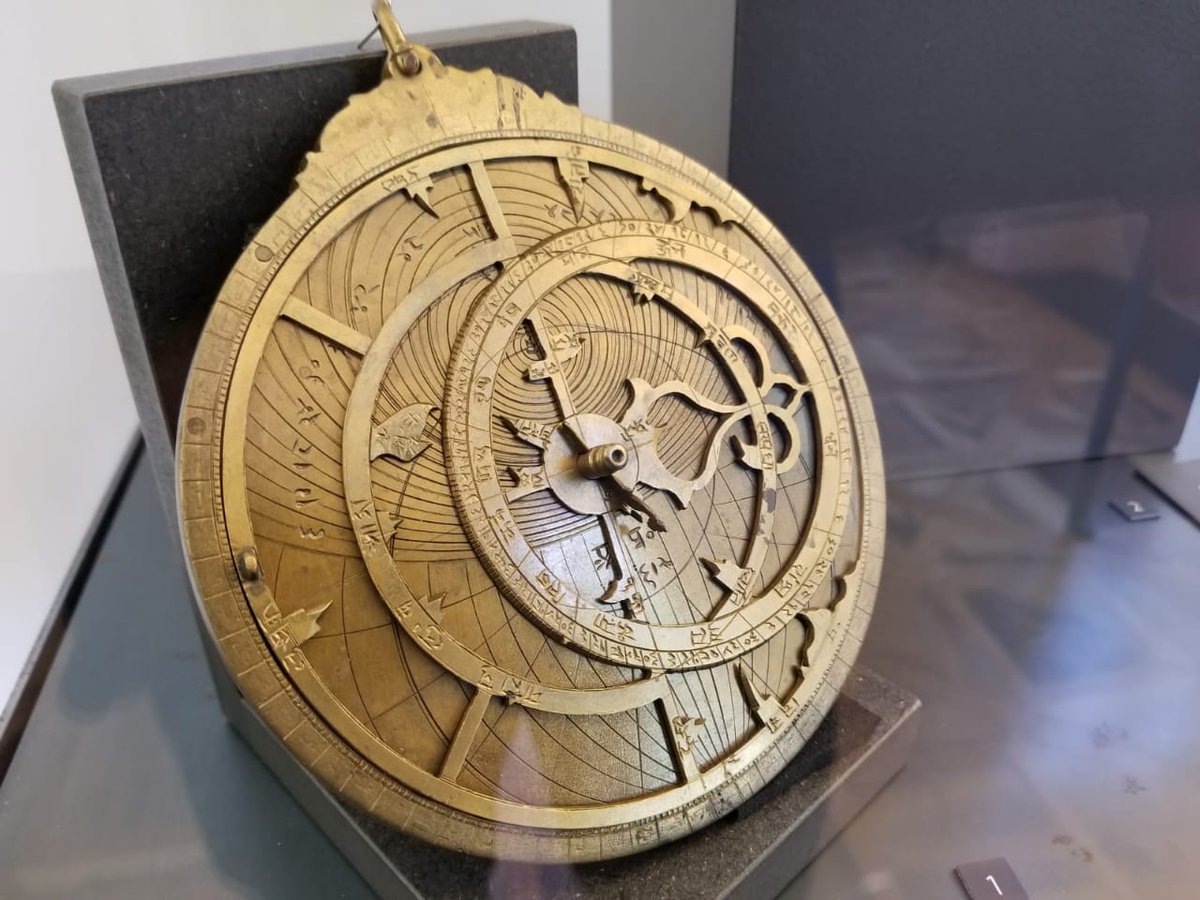 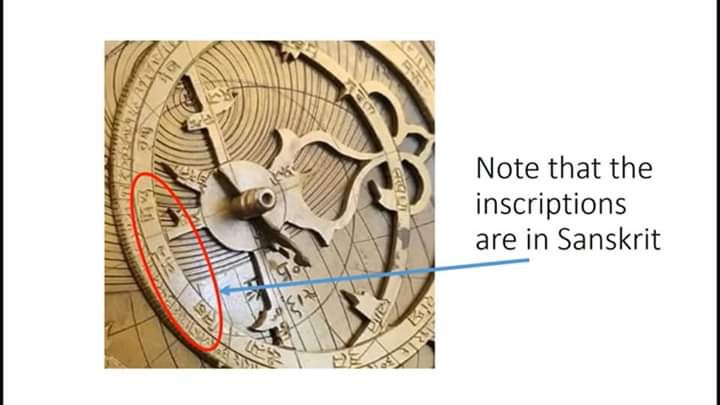 Due to the orbit of sun and other planets the distance varies so even this figure is right when sun is far from Earth.
The Astrological units with Surya Sidhanta and Mordern Science is very Similar.

Image attached - This Astrolabe is ancient navigation system kept in the Geneva museum of science history.

Zoom in and see! The letters all have sanskrit script and our rashis are depicted. . 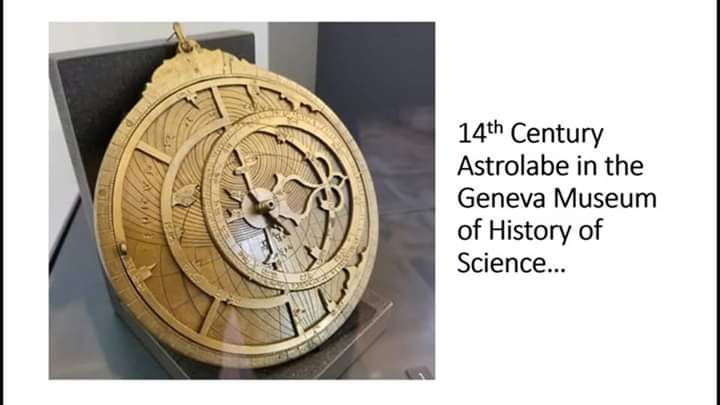 From around 14th century. A proof of the amazing work by our Vedic Scientist

Thanks to Dhaval bhaiya for sharing this beautiful information

Hare Krishna
You can follow @ShreshthaDharma.
Tip: mention @twtextapp on a Twitter thread with the keyword “unroll” to get a link to it.