Read on Twitter
People have been talking about the Joe Rogan Experience #JRE podcast @joerogan, which I am happy to have been on twice. I think Joe is a first-rate interviewer, a great and genuinely curious conversationalist. And the breadth of the guests is astonishing, and to his credit. 1/
The breadth of his *listeners* and his reach are also astonishing and to his credit.

Here is a short personal illustration: After my first appearance, in March of 2019, I left my apartment in New Haven @yale the next morning to walk to work. 2/
The African-American doorman in my building, a man in his 50's with whom I have had countless warm conversations about many topics, told me he had heard me the preceding day and that he really enjoyed our conversation and "learned so much." 3/
Ten minutes later, I arrived at my lab. A 25-year-old Korean applied math graduate student told me, again unprompted, that he had heard me on Joe Rogan and that he thought it was "so cool and informative." 4/
Later that evening, my 21-year-old daughter told me that several of her artsy friends had heard me on the show too. 5/
I think this is why Joe Rogan @joerogan is the number 1 podcast and why going on his show, whether you are @DrLindseyFitz or @elonmusk, allows a wide exposure of of a huge variety of ideas, so important in our society, more important than ever, I would argue. 6/
My two #JRE @joerogan appearances so far:

#1566: 7/
Plus, visiting his studio is so much fun. Here are shots from his former LA hang-out (I wish I could have gone to his new Austin gigs, but the pandemic would have made that unseemly @joerogan). 8/ 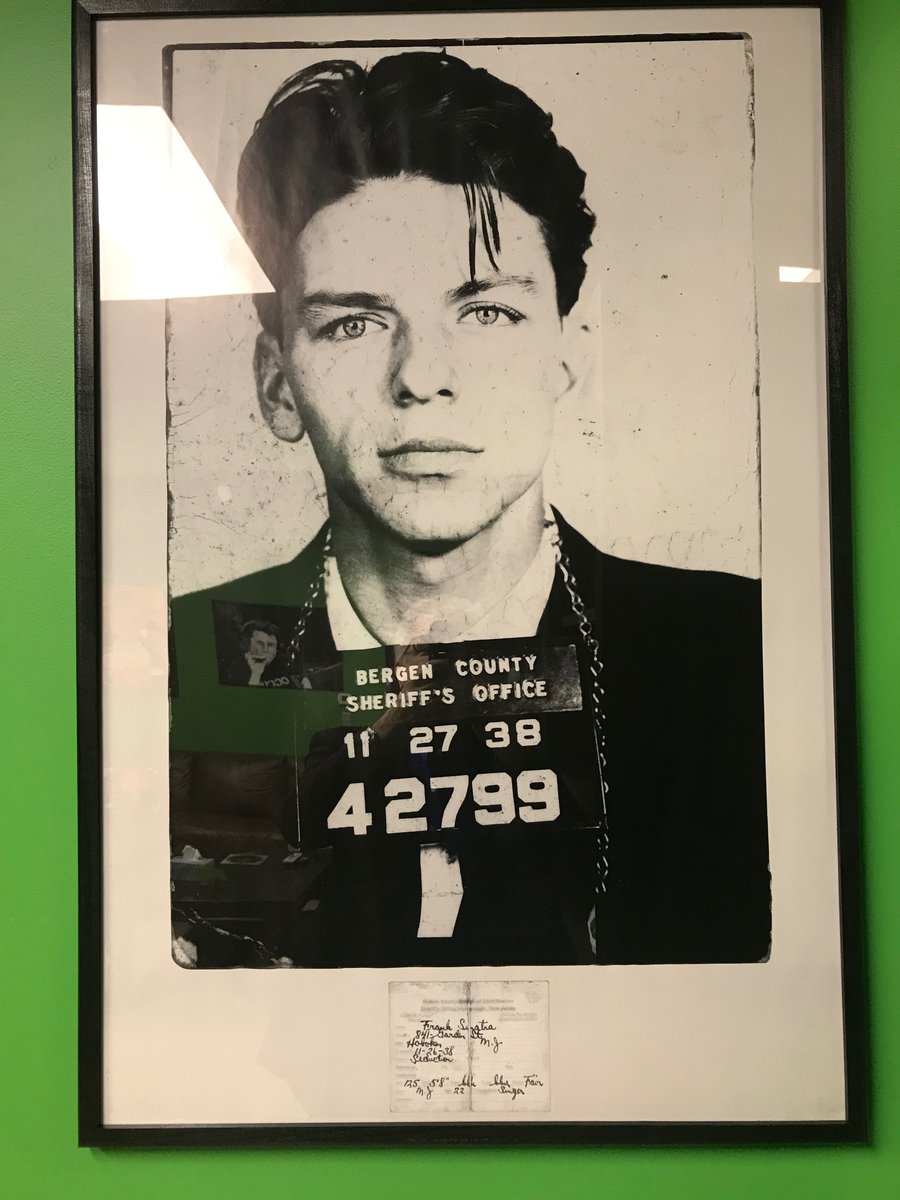 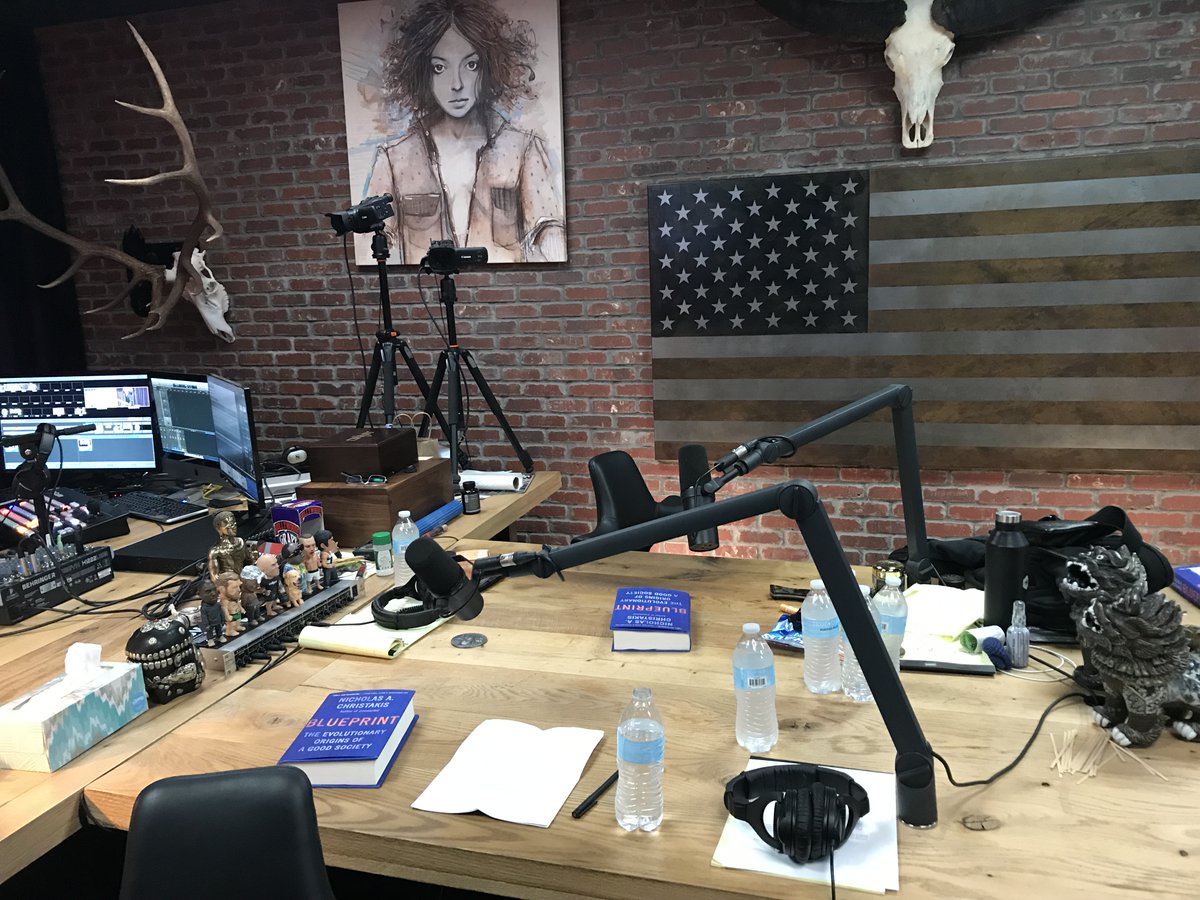 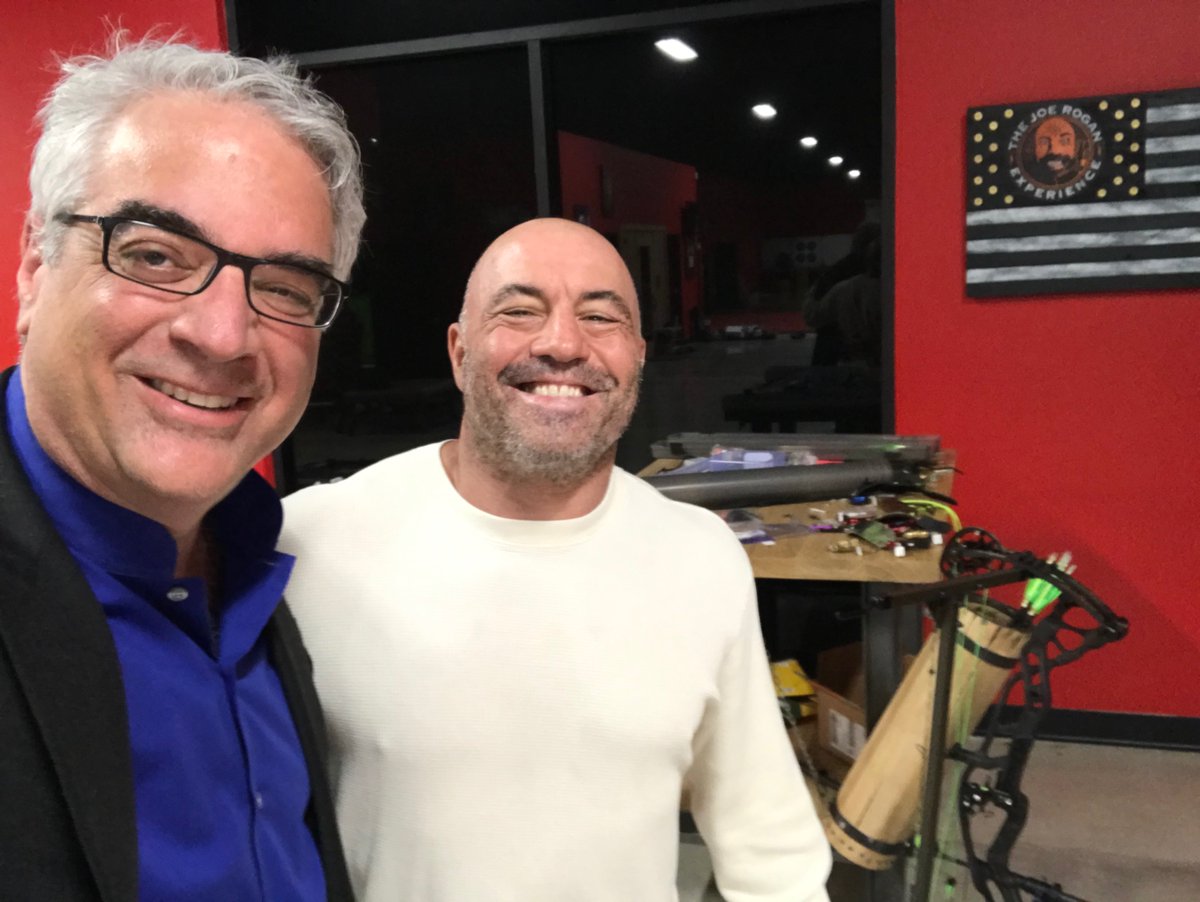 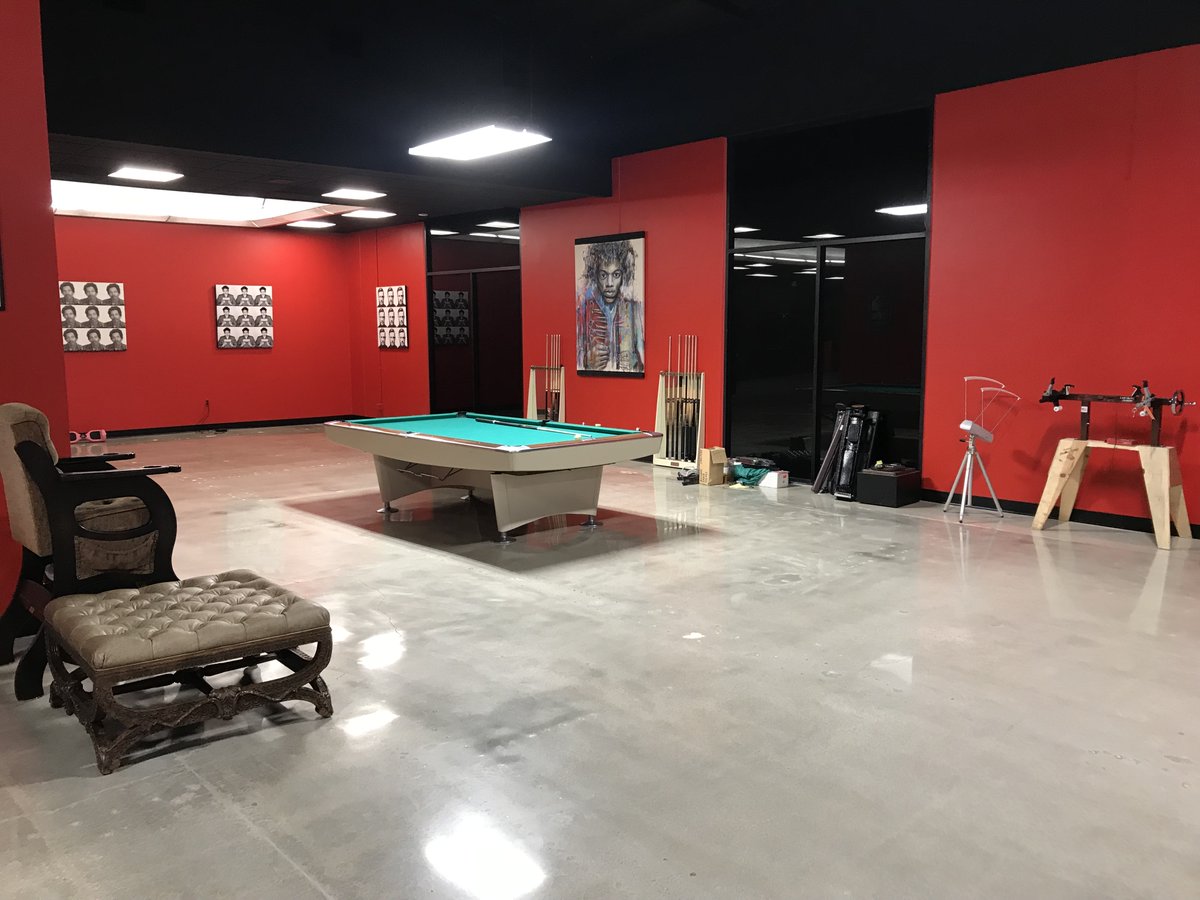 And on both occasions, the visit to his show was prompted by the publication of books -- which is also fascinating if you think about it. Those books are #BLUEPRINTbook https://www.amazon.com/Blueprint-Evolutionary-Origins-Good-Society/dp/0316230030 (shown in the photo) and #ApollosArrow https://www.amazon.com/Apollos-Arrow-Profound-Enduring-Coronavirus/dp/0316628212/ 9/
And @joerogan has had many professors like me on #JRE and a million people [sic!] often listen. He needn't have people like us on. Is there any other outlet that allows so many Americans to see what scholars do, and at length, advancing the public understanding of science? 10/
You can follow @NAChristakis.
Tip: mention @twtextapp on a Twitter thread with the keyword “unroll” to get a link to it.