Comparing the signature counts in those wards to the total votes can clear this up. Can be done in hours. @GaSecofState https://twitter.com/ewerickson/status/1334741083453009921

Erickson is taking you on a ride about alleged #SuitcaseVoted and he knows it.

Would take only a few hours for @GaSecofState and @GabrielSterling to compare signature totals and #TheSuitcaseVotes total in that ward/district to see if they are the same.

All he needs to do now under the watchful eyes of attorneys is compare signature totals and #TheSuitcaseVotes total in that district to see if they are the same.

If there are more votes, boom.

Give an alternative description to the video which allegedly shows #TheSuitcaseVotes.

I am all ears because it would be an outrage if such fraud took place.

Don’t talk monitors! Tell us what it is that the video shows.
The Non/Never-Trump wing of the GOP LOLs at claims fo fraud.

They don’t tweet/write “those and those claims are garbage but those are legit and/or demand answers.”

They ignore it.
It’s 2.5 days after the alleged suitcase votes were shown on video.

Did @GaSecofState say what it is? Does his explanation hold up? Did @DonaldJTrumpJr’s father take it to court to win an audit of that ward?

Days ago @RudyGiuliani said @TeamTrump filed only 3 court cases.
Trump may, may, have lost GA due to voting issues which may, may, have also caused @Perduesenate not to win 50%.

The non-Trump wing of the GOP thinks the fix is to LOL at calls for audits and instead demand that the GOP base show up on 1/5/21 (where the same issues may arise).
BREAKING: @GaSecofState’s office admits in a new court filing that counting did in fact continue in Fulton County late at night after monitors and media left (SoS claims no one told them to leave. Okz But votes were still counted without monitors). 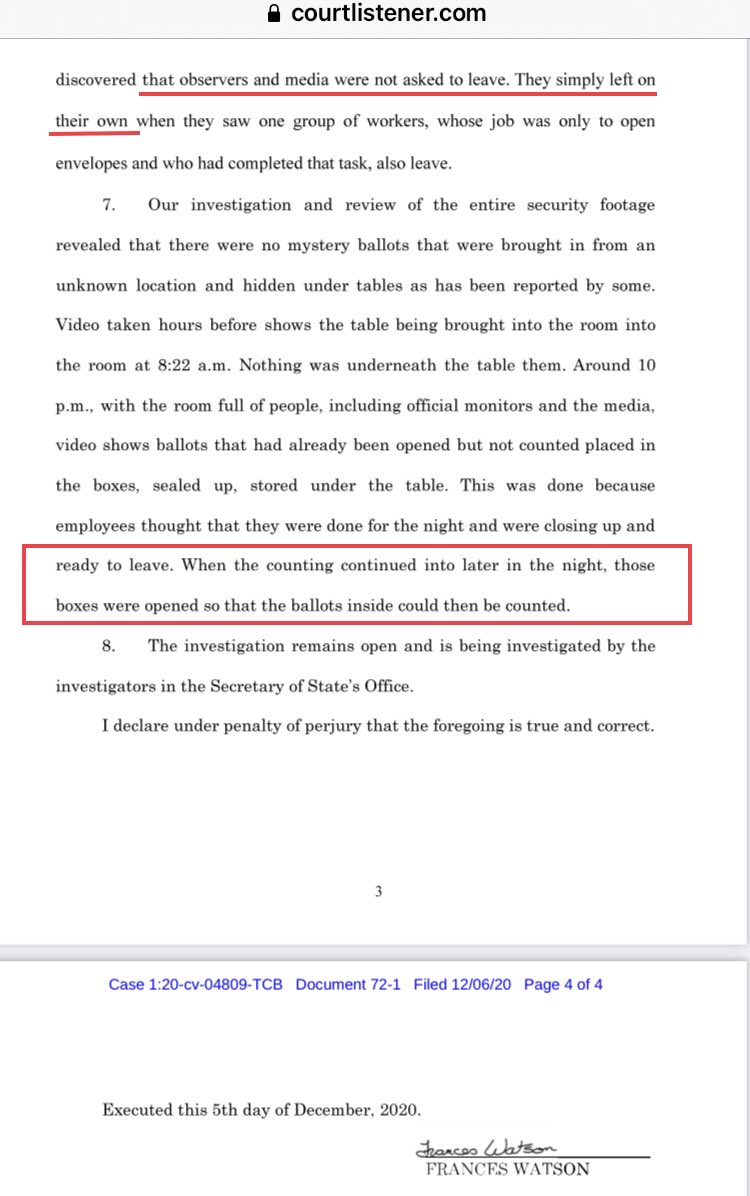