Read on Twitter
Maharishi Agastya's electrical scripture |
Electricity Formula by maharishi Agastya:7323BC
Maharishi Agastya was a Vedic Monk. They are considered one of the saptarṣiyōṁ. He was the elder brother of vashishtha muni (King of king dashrath).From Vedas to puranas their greatness+ 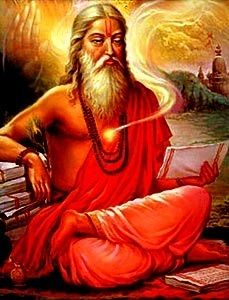 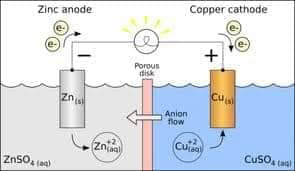 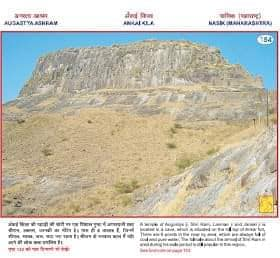 has been discussed many times | He created the book called agastya code in which he included all kinds of knowledge |
He was blessed to meet lord shri ram in the treta era that time shri ram was in the exile period |
The Detailed description of this is found in the ramayana (2/n)
by Sri Valmiki | His ashram is still located on a hill of nasik in Maharashtra |
Rao saheb krishna vajhē passed the engineering examination from poona in 1891 During the discovery of science texts in India, he got some pages of agastya code near damodar triambak joshi (3/n)
in ujjain. After reading the description mentioned in the pages of this code, he was the head of Sanskrit in Nagpur. M. C. Sahasrabudhe realized that this description is similar to Daniel cell. He is a professor of engineering in Nagpur, Mr. P. P. He gave it to the. and (4/n)
asked him to check it out.
Sri Augustine wrote in sources related to electricity production in agastya code:
संस्थाप्य मृण्मये पात्रे
ताम्रपत्रं सुसंस्कृतम्‌।
Chādayēcchikhigrīvēna
Cārdābhi: Kāṣṭhāpānsubhi
Dastālōṣṭō Fund: Pāradācchāditastata
The Sanyōgājjāyatē of (5/n)
the people.
- Augustine code
That means
Take a clay vessel, add a plaque sheet and add a śikhigrīvā, then apply a wet pot in the middle, add the mercury and the diarrhea (Coper), then the stars. If you meet him, he will rise up with a friend.
Now a little funny situation (6/n)
generated |
On the basis of the above description, Mr.. and his friend started preparation, then the rest of the content came into mind, but the śikhigrīvā did not understand. Seeing in Sanskrit fund, it was noticed that śikhigrīvā means the neck of peacock. So they and (7/n)
their friends went to the garden and asked the chief of them, " can you tell, when will the peacock die in your garden, and he will be angry and say why? Then he said, need his neck for an experiment. Listening to this he said ok. You give an application. A few days later(8/n)
it was talking to a āyurvēdācārya. Told them all this events, they laughed and said, " the meaning of śikhigrīvā is not a peacock's neck, but it is a matter of the colour of his neck The problem was solved as soon as this information was found and then made a cell on this (9/n)
basis and measured it by Digital Multimeter. As a result, electricity with 1.138 volts and 23 ma current was generated.
Information about being successful, Dr. M. C. Given to the sahasrabudhe. This cell was performed on August 7, 1990 at the fourth annual general assembly (10/n)
of the indigenous science amendment organization (Nagpur) in front of other scholars.
Next Mr. Augustine writes:
Ananē Jalabhaṅgōsti souls
दानेषु वायुषु।
And the people of kumbhānānsanyōgakāryakr̥tsmr̥ta
If you use the power of a hundred kumbhōṁ, then the water will (11/n)
change its form to the prana air (oxygen) and the dumps air (Hydrogen).
Writes further:
वायुबन्धकवस्त्रेण
Nibad'dhō Yānamastakē
Dumps: Svalaghutvē Bibhartyākāśayānakam. (Agastya Code Craft Scripture essence)
If the air is stopped in the air-related clothing (Balloon), it is(13/n)
useful in the aircraft.
In Ancient India, there was a plane vidya | the composition of the plane was written by Maharishi Bhardwaj, about which we have already seen | Click here to read |
Rao saheb vajhē, who planted his life in seeking Indian scientific texts and (14/n)
experiments, found in agastya code and other texts that electrical is generated by different types, depending on the basis
Her different names are kept:
(1) taṛit - generated from friction of silk fabrics.
(2) saudāminī - generated from the friction of gems.
(15/n)
(3) electrical - generated by clouds.
(4) śatakumbhī - generated from hundred cells or kumbhōṁ.
(5) hr̥dani - heart or store electricity.
(6) aśani - generated by magnetic punishment.
The use of electricity in the agastya code also gets the details of the electroplating. (16/n)
He took out the method of offering money on copper or gold or silver by battery. Therefore, agastya is called a kumbhōdbhava (Battery Bone).
Written further:
Kr̥trimasvarṇarajatalēpa: Satkr̥tirucyatē. - Venus policy
यवक्षारमयोधानौ सुशक्तजलसन्निधो॥
आच्छादयति तत्ताम्रं
(17/n)
स्वर्णेन रजतेन वा।
सुवर्णलिप्तं तत्ताम्रं
Śātakumbhamiti Smr̥tam. 5 (Agastya code)
Namely -
Artificial Gold or silver paste is called satkr̥ti. In Iron Vessel, the water of water means the solution of acid, as soon as it is found, the yavakṣāra (Gold or silver nitrate) (18/n)
Cover the copper with gold or silver. Indulging in gold is called śātakumbha or gold.
The above method is described by a foreign writer David Hatcher Childress in his book " Technology of the Gods: the incredible sciences of the antilles Now the fun is that foreigners have(19/n)
read our texts more than us. That's why he went ahead in the race and took all the credit.
Today we write the unit of the division volt and stream, which is in the name of scientist Alessandro Volta and André-Marie Ampère. |
While the unit should have been agastya.
(20/n)
(The above article was shared by Madhukar Pai {madhukar.pai.16} from internet. Author: unknown )

(21/n)
@kumkumsinghI
You can follow @CoreDharma.
Tip: mention @twtextapp on a Twitter thread with the keyword “unroll” to get a link to it.