Amazon vs. The States

One of my hobbies is comparing the summary statistics of large companies vs. states.

Let's dive into Amazon vs. The States.

Amazon vs. The States: Employment 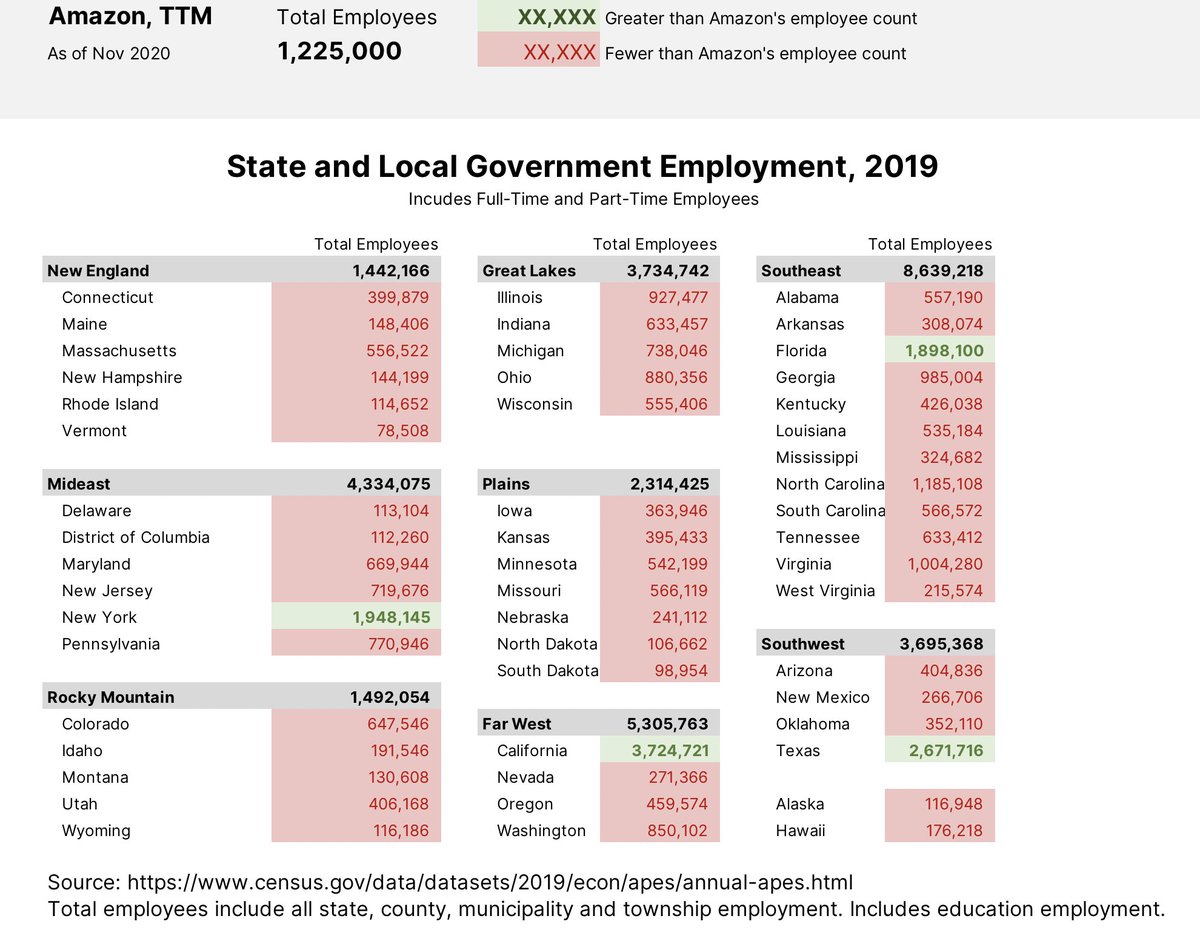 Amazon vs. The States: Population

At 150M members, Amazon Prime has vastly more members than any state has population.

California is the closest at just 39.5M population.

But let's go further. Amazon actually has more *employees* than 9 states have *population*. 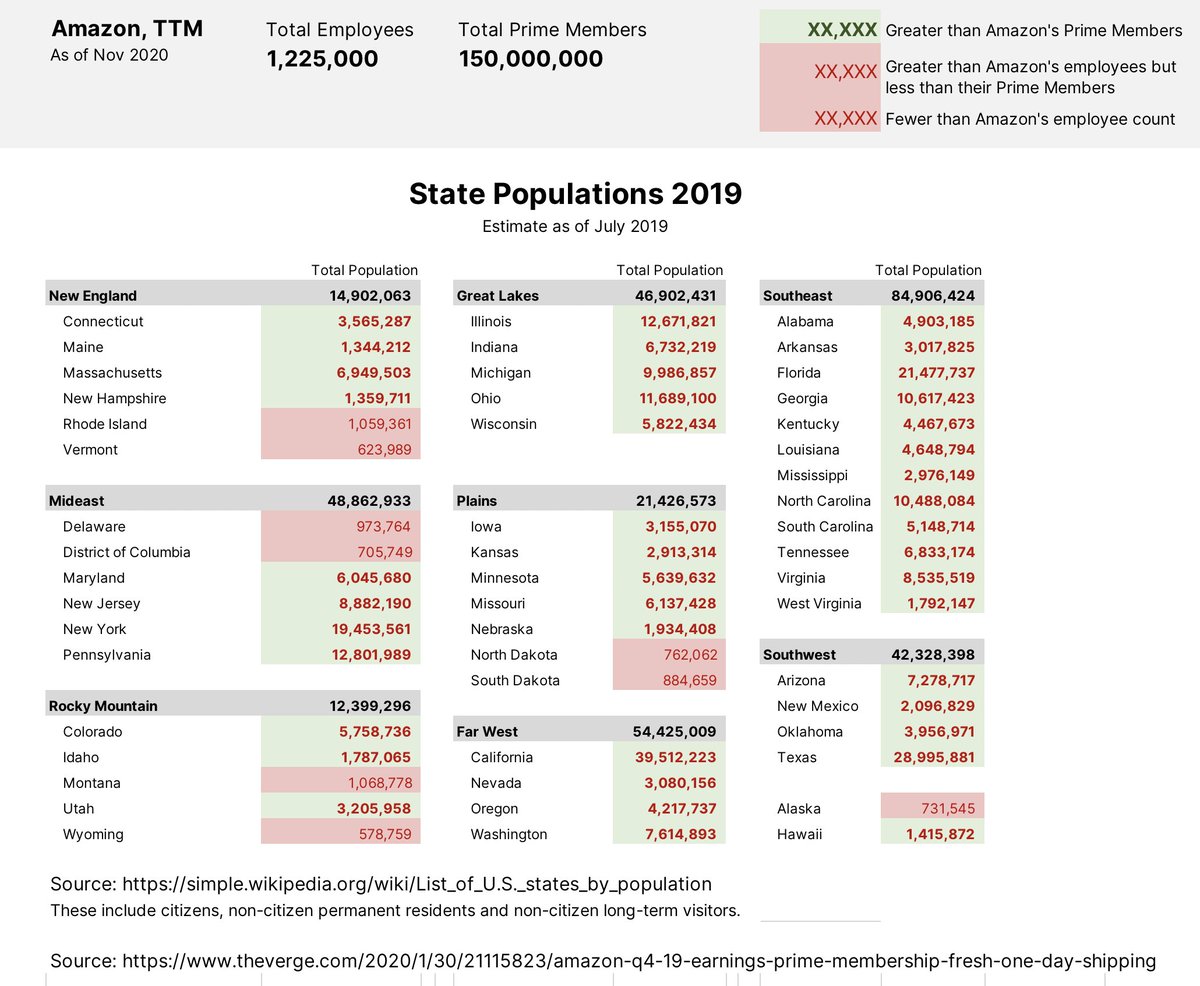 Amazon vs. The States: Revenues

Amazon generates more revenue than every state other than California.

Mindbogglingly, Amazon throws off more cash each year (FCF) than the total revenues of 21 states. 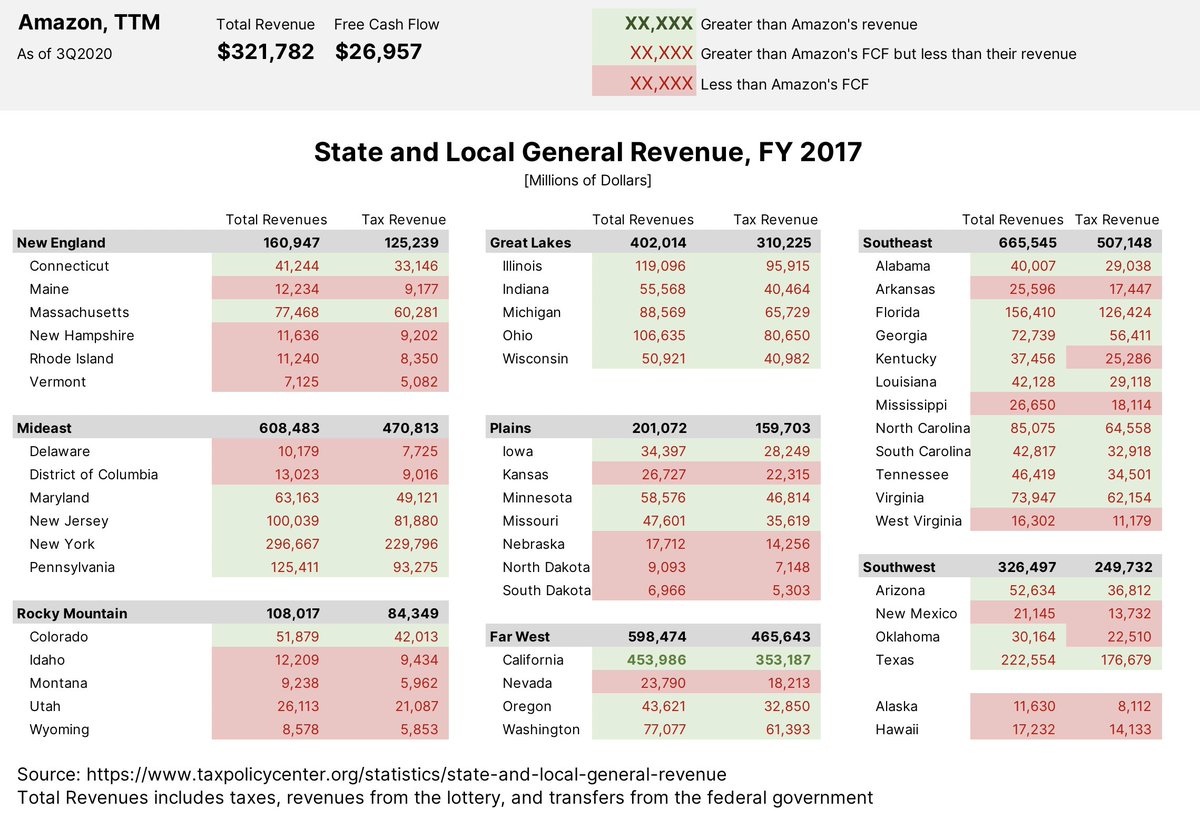 Amazon vs. The States: GMV

I don't know how to estimate the GMV of AWS, but I'm sure if we added that in there this fact would be even more insane. 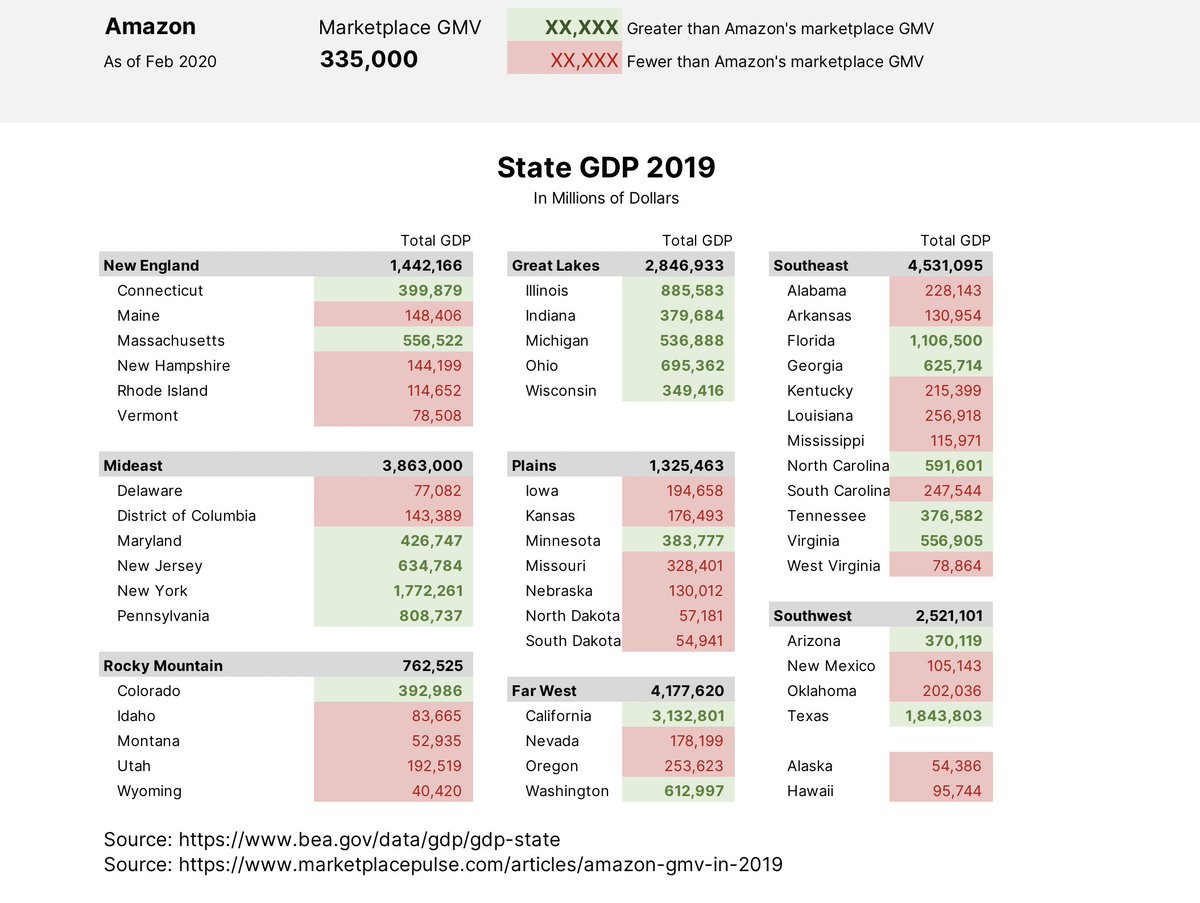 In sum, Amazon is an absolute behemoth and @JeffBezos is easily the most competent manager alive.

From an idea to an economic force that serves 100s of millions in just 25 years.

It's the American economic miracle on full display

One final fun fact. Amazon's retail GMV is larger than the GDP of 150 sovereign countries.

It would be the ~35th largest global economy if it was a nation unto itself.

And, again, this isn't even counting AWS.
You can follow @seanlinehan.
Tip: mention @twtextapp on a Twitter thread with the keyword “unroll” to get a link to it.