Read on Twitter
ok fine since people are asking:

i was on 75mg of Effexor. To get off, the psychiatrist recommended going down to 32.5 and then just stopping. I was immediately suicidal and felt the worst anxiety i've ever felt. Here's what i did instead
I went down to 32.5 mg of effexor for several weeks. then, i did what's called the "prozac bridge": prozac has the longest half life of SSRIs so it's easier on your system to withdraw from. so i stopped taking effexor and started taking 20 mg prozac
After I did that for a month, i went down to 10 mg of prozac. after i did that, I started dissolving my prozac in water and used a dropper to measure 5mg of prozac each day for a month, then 4mg, then 3mg, then 2mg. then 1mg.
each of those drop periods lasted a month. if i started feeling symptoms return i would go back up a milligram for a month.
a month ago i stopped taking the last milligram, and things were going fine, but then i started feeling very anxious again. psychosomatic? possibly. i didnt risk it, i reinstated at 1mg and will attempt to go off that 1mg again in a month.
this is a very long and drawn out process, but if you're one of the 50+ percent of people who experience severe withdrawal when stopping SSRIs, i recommend you take months, if not years, to do it!
and here is the study that shows why going down WAYYYY below the normal dose of your SSRIs before getting off is a good idea. 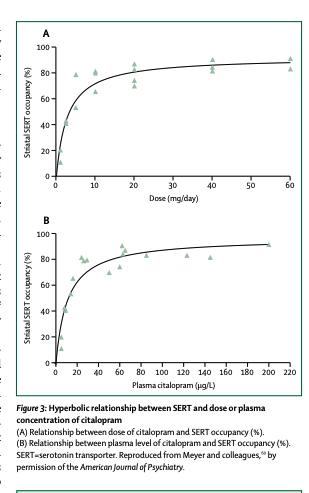 You can follow @_pem_pem.
Tip: mention @twtextapp on a Twitter thread with the keyword “unroll” to get a link to it.