And I’m a professor

And I am politically left/progressive on most things

So please understand I’m speaking strongly against my own self-interest when I say:

THIS IS A TERRIBLE IDEA

Just in case you doubt the self-interest here 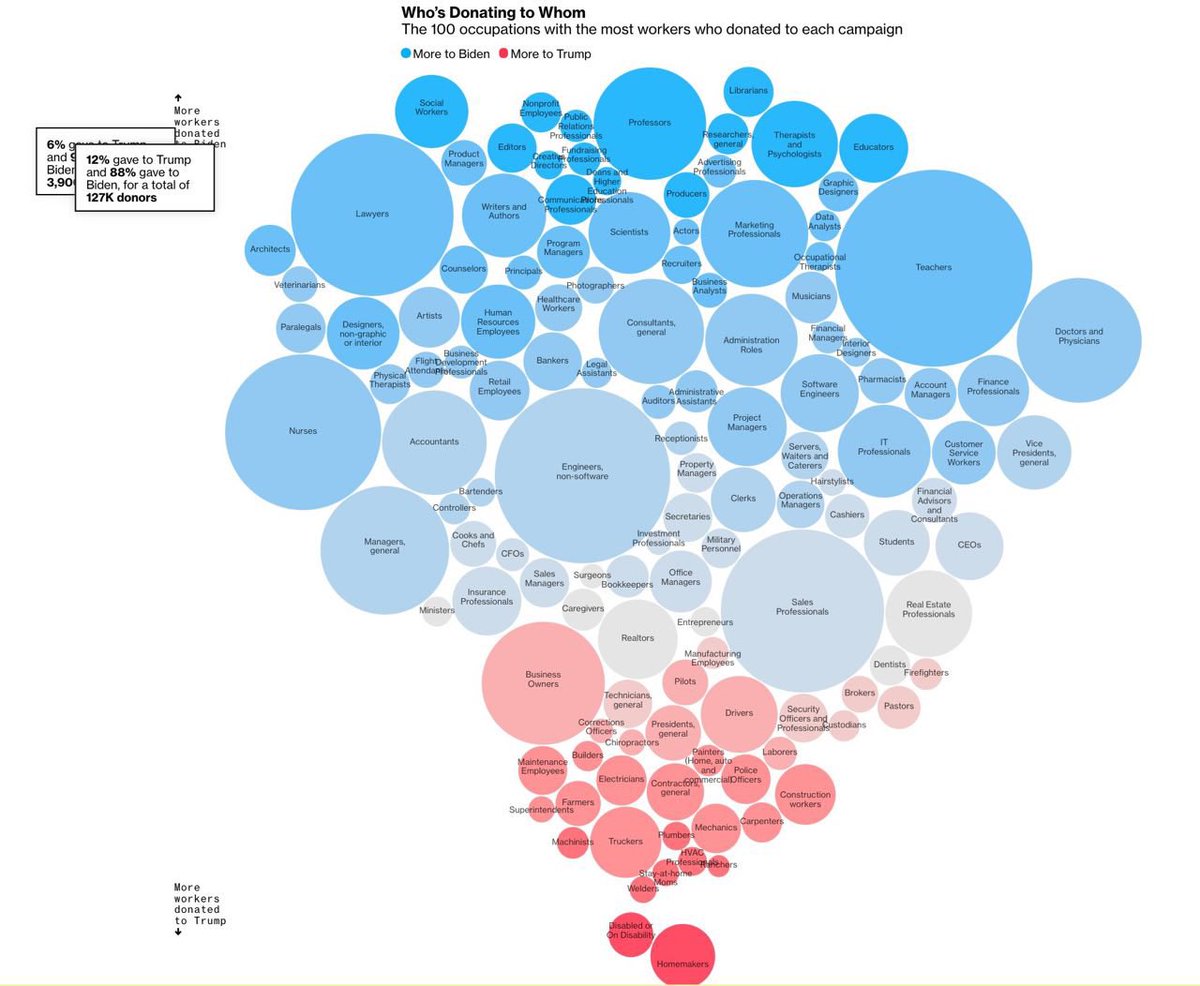 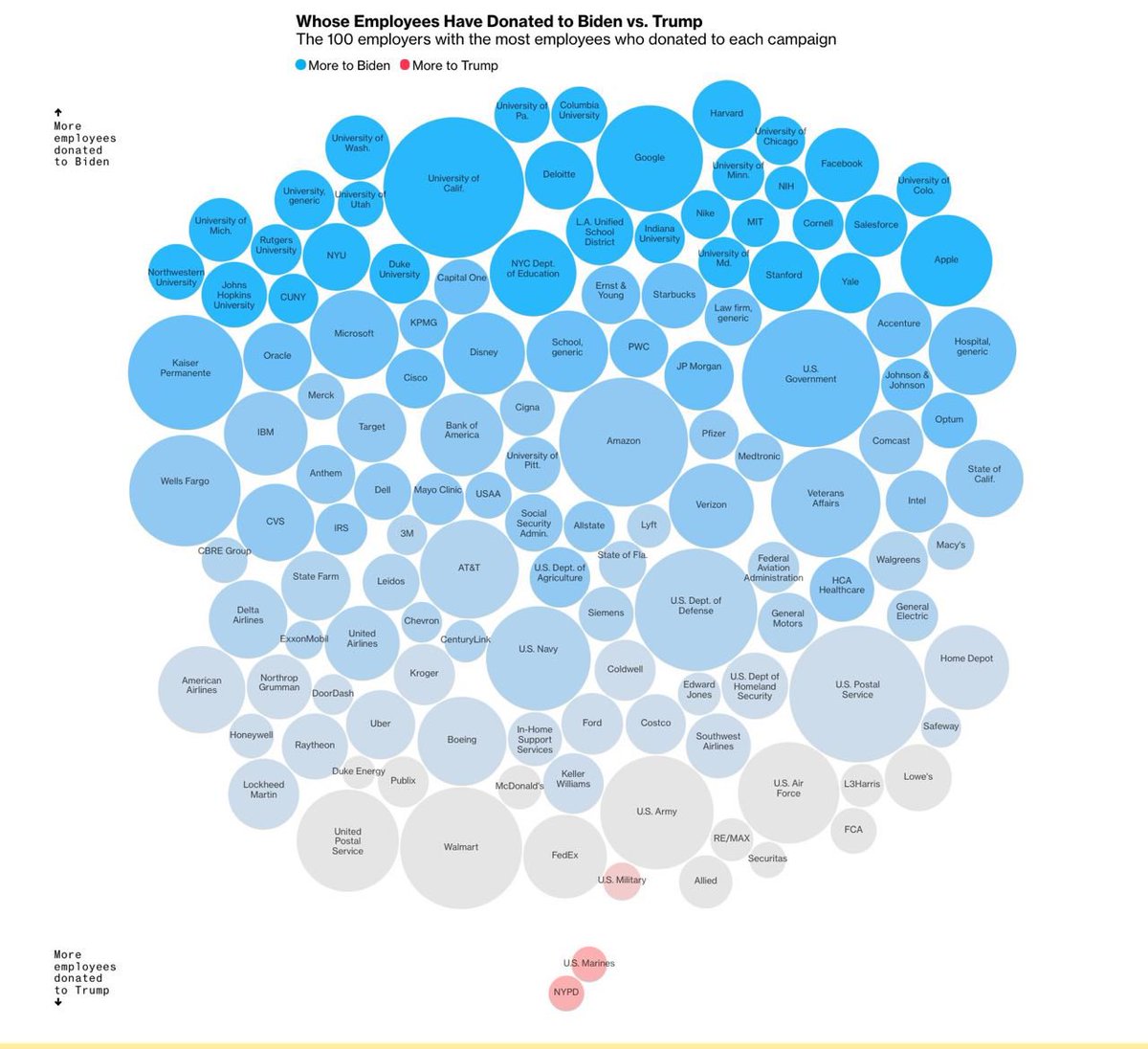 Now, I’m gonna start to lose folks who are cheering so far:

If you think this is a conspiracy or large scale pay-for-votes/quid pro quo, I’m not your guy

Assume best intent - good hearts, bad ideas
Now, it’s also true that student debt and the cost of college are HUGE systemic problems that need to be addressed - over the last decade and change, they:

- Outstripped inflation by orders of magnitude (25%+ increase in cost, mostly going to amenities and administrators)
- Grew to over $1.6T (more than tripled)
- Became undischargeable in bankruptcy (Bush administration bill that I’m saddened to learn @JoeBiden championed on the left)

Resources/great follows to learn more about all this:

I can’t stand ppl who lambast those trying to solve problems without themselves proposing viable alternative solutions, so here’s my attempt to “be the change I wish to see in the world”
Solutions I endorse/propose, ordered by cost efficiency & relevance to this specific problem:

- Make student debt dischargeable in bankruptcy
- Decrease hurdles (yrs, min pmt) for public service loan forgiveness
- Make it illegal to charge a higher interest rate (prime rate) to the American ppl for student debt than you do to the banks that have repeatedly sold us down the river and been bailed out by our tax $$$
- Fortify & advertise student debt safety nets (income-based repayment, no negative credit reporting, etc)

- Option in the vein of FDR’s Civilian Conservation Corps, OR
- Requirement (not necessarily military, btw) in the vein of South Korea, Israel, Singapore, Switzerland ( @nntaleb)

That provides free public higher ed and/or loan discharge upon completion
There are many other great ideas I’m sure that could help address this problem, and I highly doubt there’s a single silver bullet

To my 12.7 followers and anyone else who happens to read this, I’d love to hear your solutions, and welcome any critiques of what I’ve written here
PS - This thread hasn’t addressed how to solve the important, related, systemic, tractable problems of:

The right does it too, it’s called corporate socialism
Matter of fact, the parties are really the same - as I like like to say, the only group that never loses the @WhiteHouse is @GoldmanSachs

They’re just way overpowered
What are the results?

- 2008 financial crash was caused by them, they get bailed out by taxpayer dollars, but unlike any other successful investment we the people see 0 return on investment and the gains are just handed back to the banks (also no criminal convictions)
- @realDonaldTrump (actually he was just a convenient smoke screen/distraction for the @GOP) passes a tax bill that lowers corporate taxes, increases middle class tax burden
- COVID relief dollars go mostly to corporations, not the american ppl
- COVID relief dollars paid for by the @federalreserve printing money - ie “taxation by inflation” - again a burden borne primarily by main street, not wall street
Oh and the kicker?!

In the form of Collateralized Loan Obligations (CLOs)

Which of course also bail out banks at the same time https://www.theatlantic.com/magazine/archive/2020/07/coronavirus-banks-collapse/612247/
The Looming Bank Collapse

The U.S. financial system could be on the cusp of calamity. This time, we might not be able to save it.

https://www.theatlantic.com/magazine/archive/2020/07/coronavirus-banks-collapse/612247/
THEY THINK YOU’RE SO DUMB AND EASY TO ROB THAT THEY DON’T EVEN TRY TO HIDE IT!!!

#MATH (Make America Think Harder) - another reason I love the humanity and decency and high opinion of the American people that @AndrewYang combines so well
So @ewarren and her ilk should at least be given credit for:

- Being open and upfront about the robbery
- Wanting to commit the same crime IN FAVOR of the American people (at least those who voted for them), for once

I’d just prefer not commit the crime at all
You can follow @Carlton__G.
Tip: mention @twtextapp on a Twitter thread with the keyword “unroll” to get a link to it.