Read on Twitter
So... @DevinNunes was working with a group of people who planned to wiretap Hillary Clinton's assistant Seth Rich in an attempt to prove that Russia wasn't involved in the 2016 hacking. @DevinCow 1/
Specifically, Devin Nunes' assistant Kash Patel was involved, who now runs policy at the DoD. 2/ 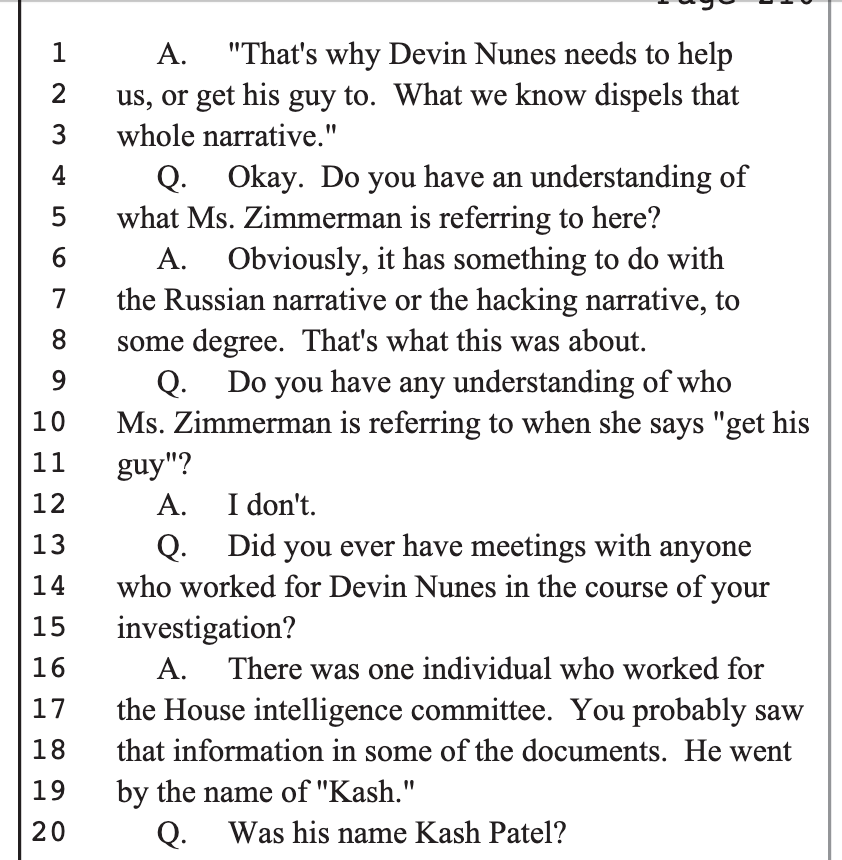 This is from the deposition of investigator Rod Wheeler, for a lawsuit by Rich's family. (Kudos to them for exposing the truth.) 3/ https://www.docketbird.com/court-documents/Rich-et-al-v-Fox-News-Network-LLC-et-al/Exhibit-C/nysd-1:2018-cv-02223-00167-003 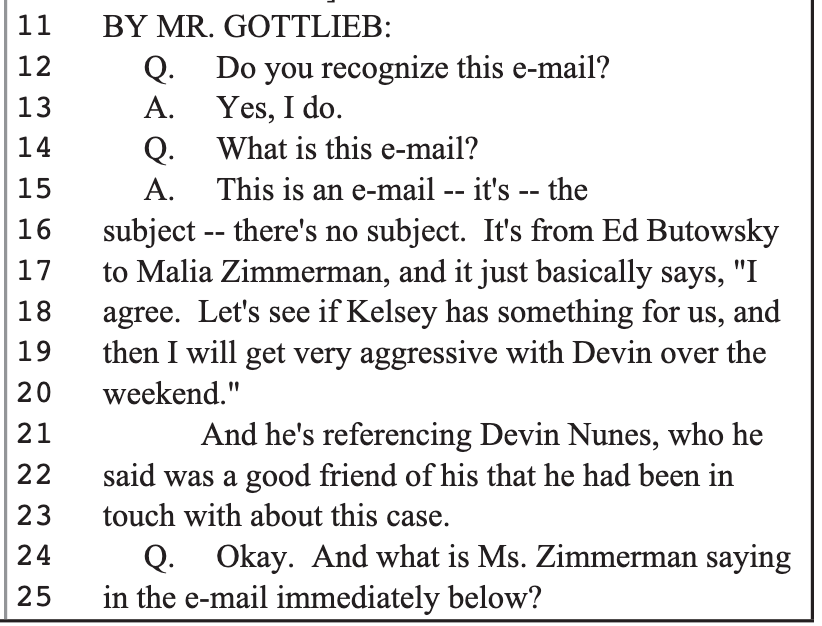 Involved in the talks about murdered DNC staffer Seth Rich: a Fox reporter, a former intelligence contractor, and a pair of provocateurs looking to sow “targeted chaos” online.

https://www.thedailybeast.com/right-wing-activists-discussed-wiretapping-seth-richs-family-three-people-in-the-room-say
So @DevinNunes is tied to the man considered 'Q," a group responsible for domestic terrorism. https://heavy.com/news/thomas-schoenberger-qanon/ 5/
Is Thomas Schoenberger the Mastermind Behind QAnon?

Thomas Schoenberger is a key player in the creation of the QAnon cult movement according to ongoing investigations.

https://heavy.com/news/thomas-schoenberger-qanon/
Ed Butowsky funded the Seth Rich operation. These characters are connected to Jerome Corsi and appear on RT. They are also involved in faking FBI Seth Rich files that got picked up by Fox News.
The identity of who released those forged files is about to be released, so this Pizzagate/Qanon/SethRich crowd has been busy lobbing accusations at each other. 6/ https://www.npr.org/2020/10/07/921285470/judge-orders-twitter-to-unmask-fbi-impersonator-who-set-off-seth-rich-conspiracy
Judge Orders Twitter To Unmask FBI Impersonator Who Set Off Seth Rich Conspiracy

A federal judge has ordered Twitter to reveal the identity of an anonymous user who allegedly forged an FBI document to spread a conspiracy theory about the killing of DNC staffer Seth Rich in 2016.

https://www.npr.org/2020/10/07/921285470/judge-orders-twitter-to-unmask-fbi-impersonator-who-set-off-seth-rich-conspiracy
They're also involved in calling in a fake radioactive bomb threat at the Charleston port in 2017. Hard to tell if that was a publicity stunt, or if they were testing our threat response for a foreign adversary. 7/

Anyway, @DevinNunes' lawyer Steven Biss and his wife Tanya are entwined with all these people. Tanya does conspiracy YouTubing and her husband represents half of them. Ed Butowsky probably hooked the Biss's up with Devin, who is clearly mixed up QAnon now. 8/
. @DevinNunes' aide Kash Patel should not be running the DoD and QAnon at the same time. #SethRich
You can follow @PiperK.
Tip: mention @twtextapp on a Twitter thread with the keyword “unroll” to get a link to it.