Read on Twitter
The implications of our historic Supreme Court case must not be undermined by Ireland’s Climate Bill 2020.

below
1/ A 2050 decarbonisation target is far too late for

on the basis of equity.

According to UNEP’s 2016 emissions gap report, all scenarios remaining below +1.5°C require global emissions to peak before 2020. They haven’t peaked, so we need to act *faster* after 2020.

2/ Setting 2050 as our target date means that having already contributed disproportionately to the climate crisis,

will consume more than its fair share of the remaining “forever” global carbon budget for 1.5°C. On the basis of equity we need to act much faster than 2050! 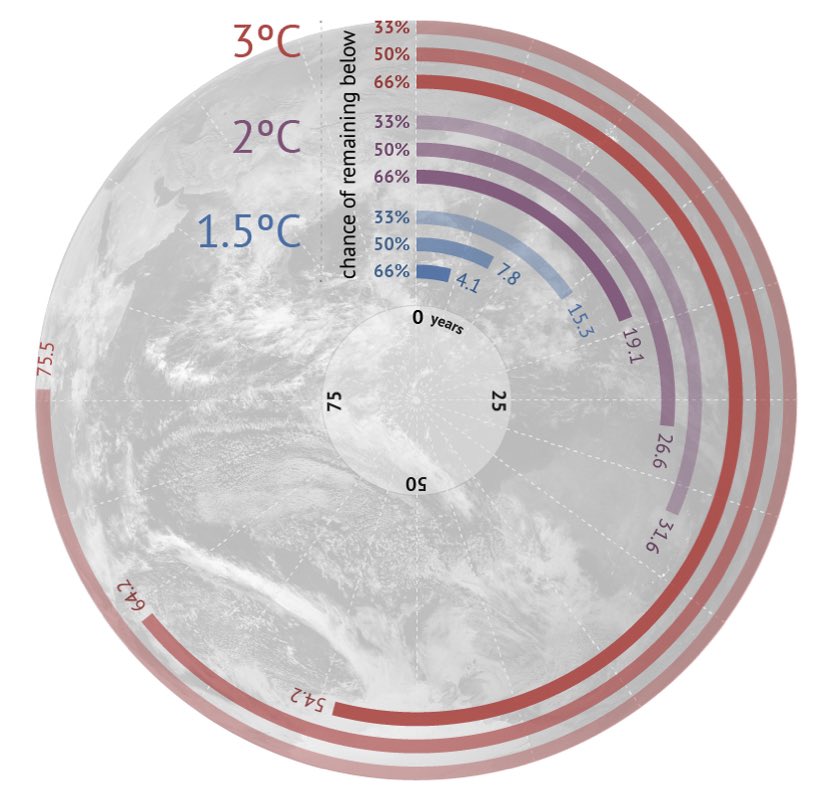 These dates will inevitably move *earlier* as the crisis deepens.
4/Bill’s 2050 goal is to pursue a "climate neutral economy", where emissions are balanced by "removals” 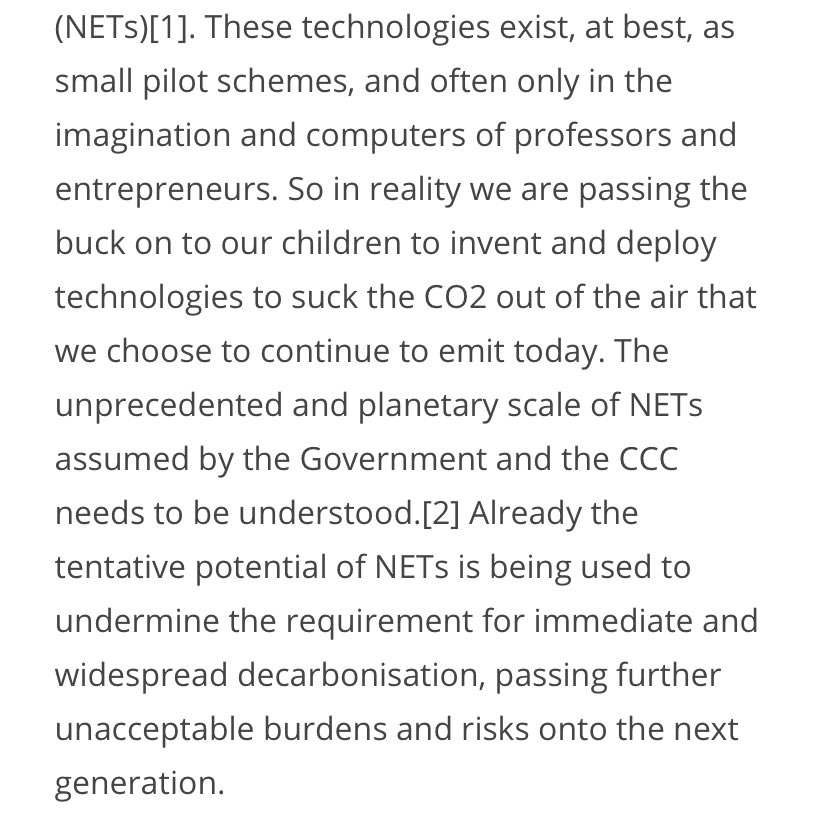 5/The proposed 5-year carbon budgets in the Bill are guided by a woolly obligation to "have regard” to various matters.

6/ As @james_glynn stated before the Joint Committee last week: “Irish CO2 emissions need to decrease by...between 11%-21% per year from 2020-2030 to keep global temperatures below 1.5°C without overshooting that temperature ceiling”.

This suggests *global average* of -15%:
7/The carbon budgets in the Bill are not pegged to interim targets. Instead, we have a much-too-distant 2050 target & who-knows-what carbon budgets until then. Contrast with Scotland’s Act, which sets a 2045 backstop date & interim targets for 2020, 2030 and 2040.

8/ Our Bill should emulate Scotland’s inclusion of a mechanism allowing the decarbonisation date & interim targets to be modified easily, with safeguards to ensure no backsliding & that action always represents “progression” & our “highest possible ambition” (Paris Agreement) 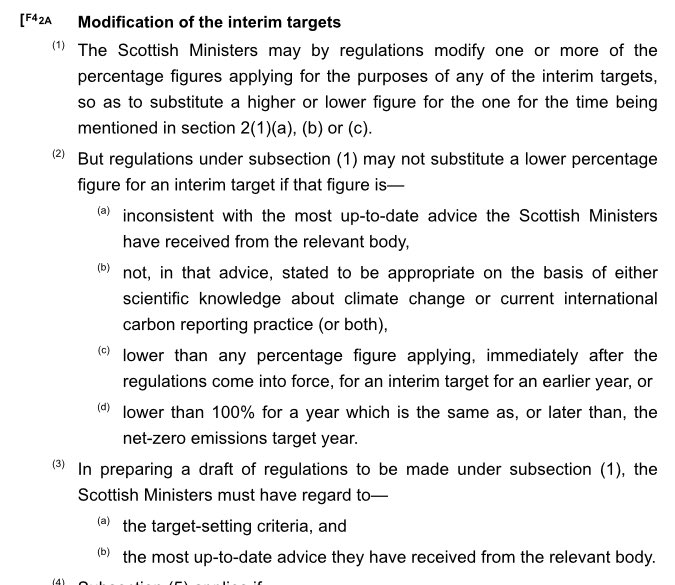 9/ Scotland's Act requires any revised targets to be set with Scotland's “fair and safe” share in mind, as well as European and international climate law, and climate science, amongst other things. Our Bill sets weak-tea ambition in stone & doesn’t plan at all for ratcheting up. 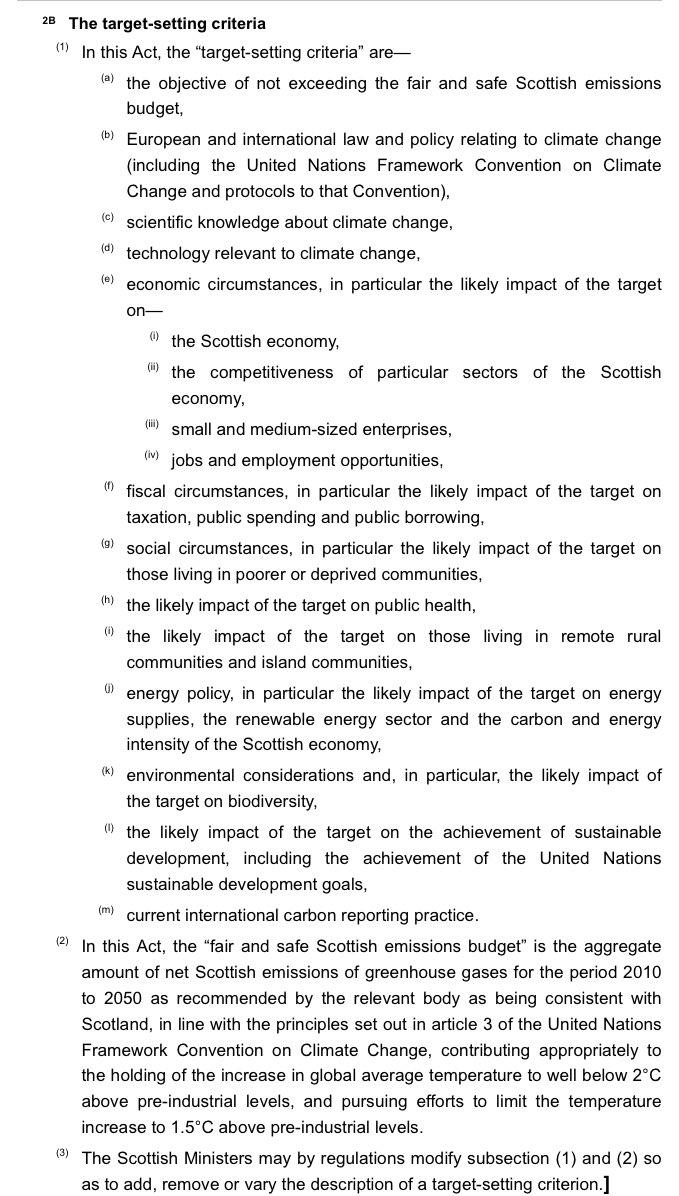 10/ Crucially, there’s no legal duty in our Bill to stick to carbon budgets & no duty to correct course if a carbon budget is overspent.

This makes the proposed “limit” of 1% on borrowing from future budgets meaningless.
Who cares about international & intergenerational equity?!
11/ Also, there’s nothing in the Bill about emissions from international aviation and shipping - this must be addressed as a priority! 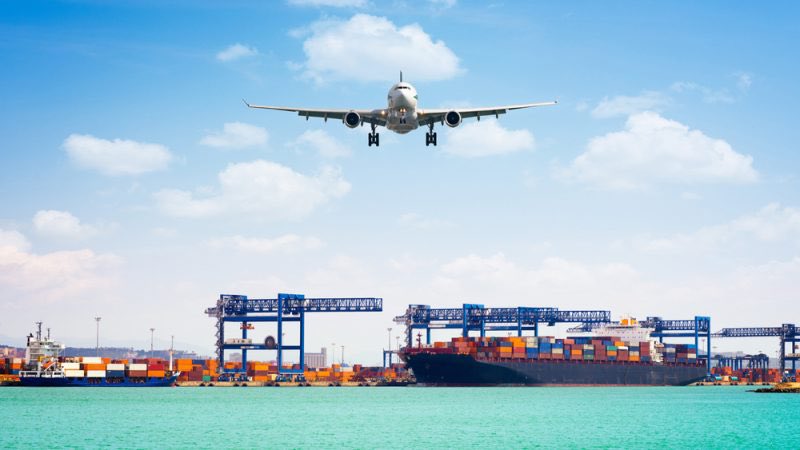 12/ Carbon budgets are to be guided by recommendations that will be “ungrounded”...”at best arbitrary and at worst utterly ineffective” (below)

This is especially alarming in the context of a potential undermining of the impact of the Supreme Court’s judgment in our case.

13/ We successfully challenged the govt’s 2017 National Mitigation Plan on the basis that the govt had totally failed to specify the manner in which it proposed to achieve the overall objective of the Climate Act 2015 (s.4(2)(a)).
14/ The way in which s.4(2)(a) of the Act is to be removed and replaced by the Bill looks like it could be a sneaky attempt to undermine the effect of our Supreme Court victory.

In fact, the entire Bill seems designed to prevent litigation & avoid legal accountability.
15/ Eg: the Bill requires the 2050 goal to be pursued, not pursued & achieved - even though "pursue & achieve" was included in FG’s 2019 heads of bill.
Deliberately weak, permissive language, such as:
“Have regard to”
“In the opinion of the Minister”
= to prevent litigation.
16/ Equally, the 2050 objective no longer refers to achieving an “environmentally sustainable economy”. This should be reinstated.

More generally, the Bill should be amended to ensure that actions to address climate breakdown and biodiversity loss are *fully complementary* 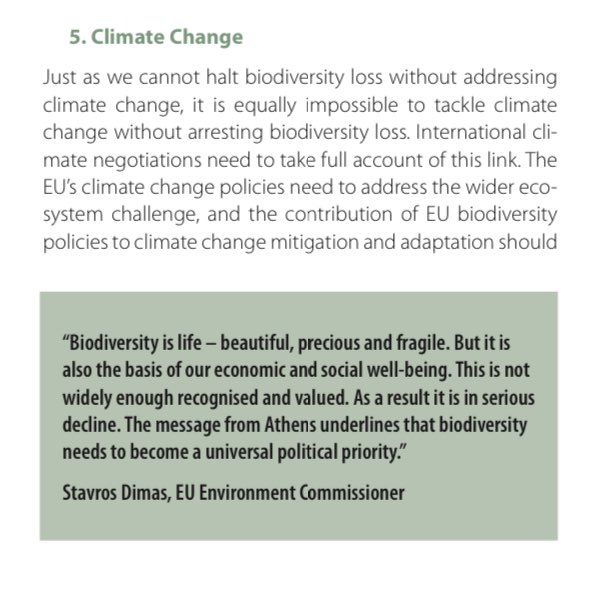 Still, there are a numerous provisions in the Bill that may enable the Government to try to delay or weaken its response to the climate crisis.
18/ On the requirement to have regard to “best value for money”:
The IPCC’s emissions reduction pathways already represent *internationally agreed least-cost scenarios.* Our government has repeatedly agreed it is economically favourable to act on climate sooner rather than later!
19/ On public participation:
The preparation of Climate Action Plans and Long-Term Strategies only requires discretionary public participation.

This is entirely inadequate & looks like a breach of the Aarhus Convention.

Public participation must be explicitly guaranteed!
20/ Re the Climate Change Advisory Council: several

• Includes (voting) ex-officio members - why?
• Chair has casting vote
• List of required expertise overlooks industrial relations, law & social justice & excludes anyone w/out expertise in one of the listed areas
21/ CCAC must instead be:

All public bodies should be required to carry out their duties in a manner consistent w/the Paris Agt – e.g. this adaptation of s.3(1) of the European Convention on Human Rights Act 2003 could be included 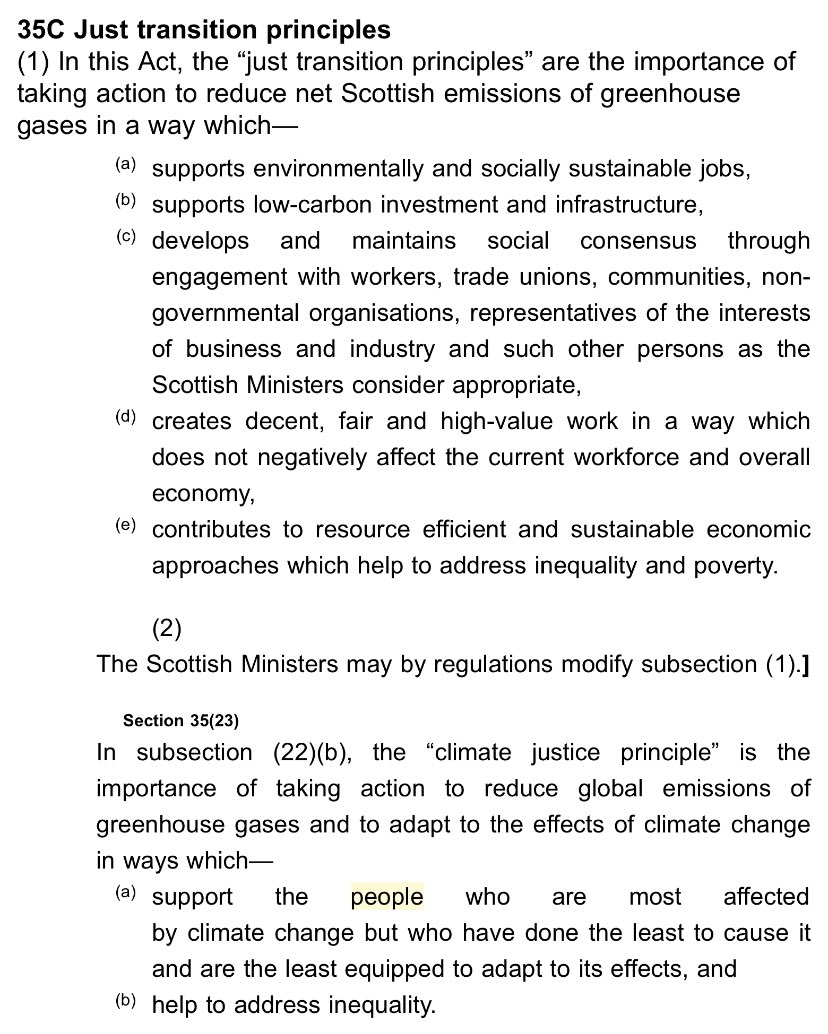 You can follow @climatecaseire.
Tip: mention @twtextapp on a Twitter thread with the keyword “unroll” to get a link to it.