As per Bhagwan Varah, as narrated to Sridevi and Bhu devi, Once Vayudev prayed to Vishnu on the banks of Swami Pushkarni. On being satisfied by Vayudev's meditation, 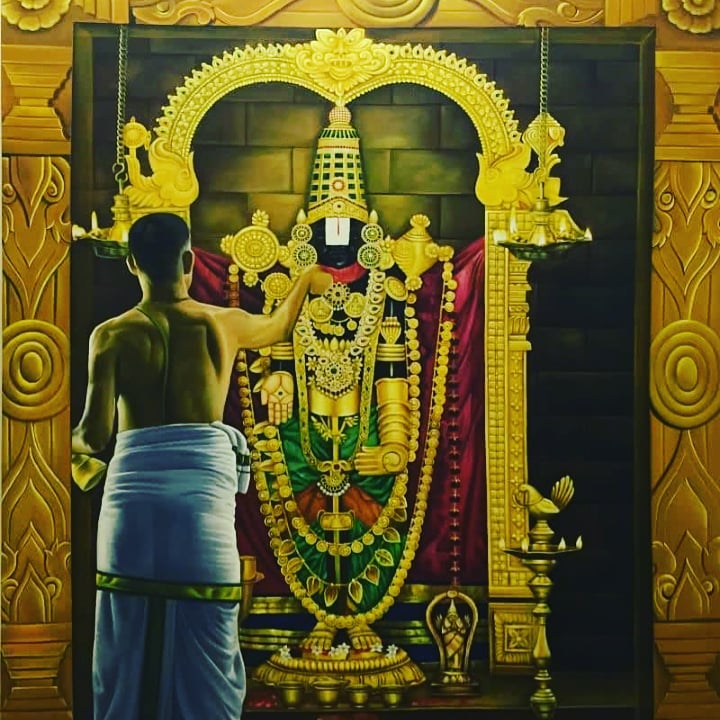 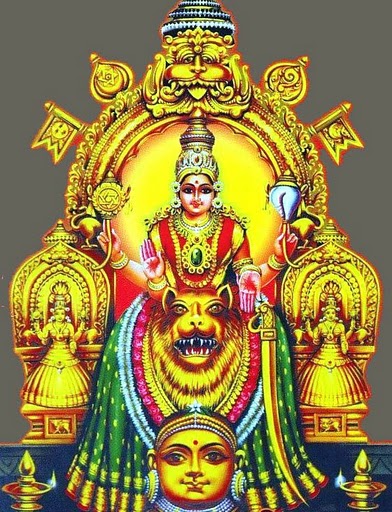 He appeared on the south side of Swami Pushkarni in his Vimaan known as Anand. It is at this place Kartikeya too worships Shri Vishnu. He was always residing here because it was here that Agastya Muni had his first darshan and sat meditating for twelve years 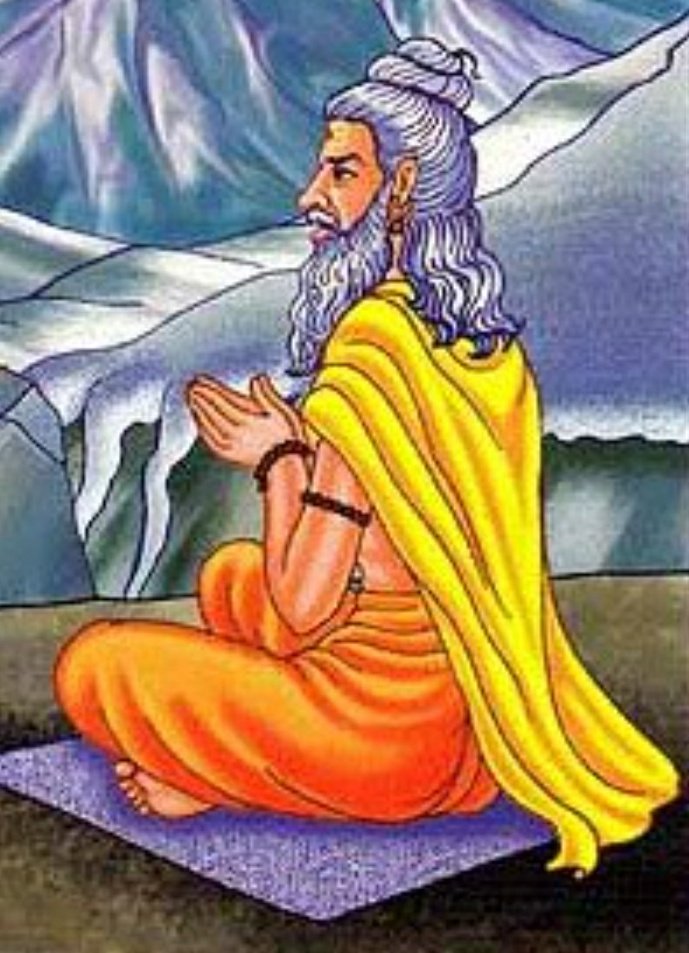 and had requested him to reside here permanently. Vishnu agreed but added that although he would be visible to people but no one would be able to see the divine Vimaan. Satisfied Agastya went back to his ashram but VISHNU stayed back. 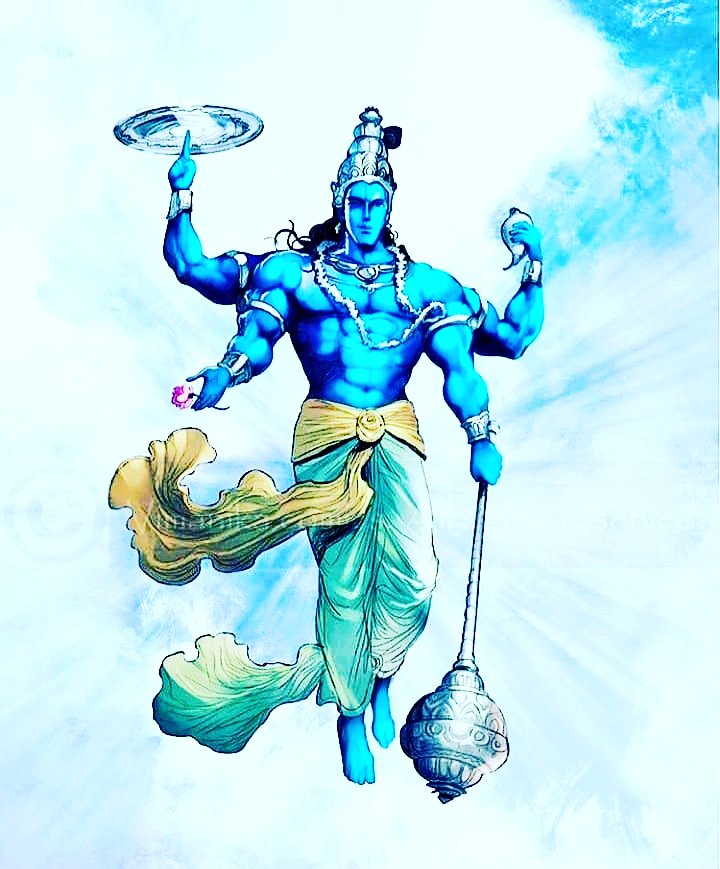 He still resides there with all his fine attire and Skand worshipping him along with Vayudev as sevak.

King Mitra verma lived happily with his wife. A son named Aakaash was born to him. He later was appointed as Prince by his father.
On observing the administrative skills of his son, the King appointed Aakaash as the King and retired to stay at Venkatachal.

Once Aakaash got a land cleared so that he could till and sow on this land. While the mud was being pulled out by the plough,
suddenly a tiny a girl child appeared there sleeping on the bed of lotus. Immediately the King accepted this divine and beautiful girl as his daughter. Just then an Akashvani too urged him to take the child as his daughter. 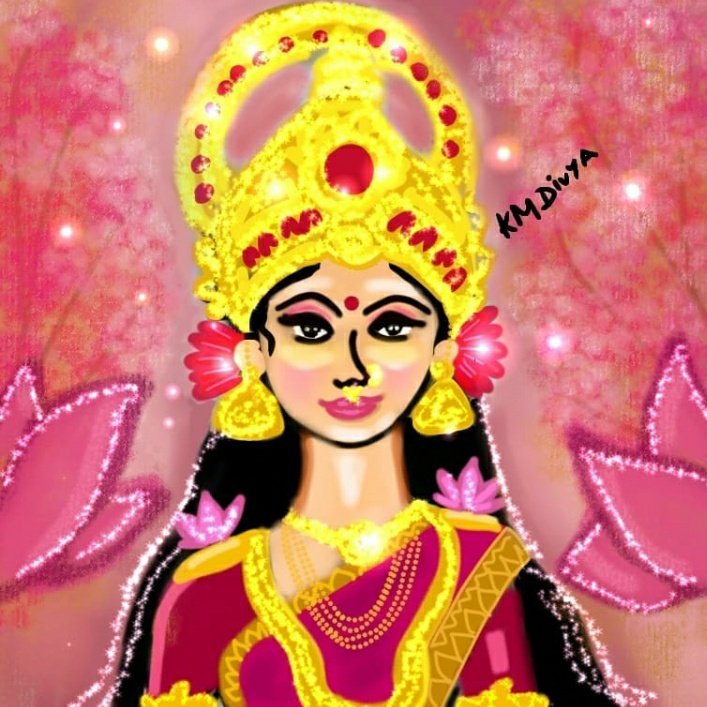 She was named as Padmavati. I have narrated the story of Vedvati being born as Padmavati and her marriage to BALAJI

King Aakaash's wife Dharnidevi also delivered a son later on. He was totally delighted and welcomed her with open heart. She was a divine child. she was liked by each and everyone. She was extremely good looking. The son also had divine qualities. He was named as Vasudaan.
Source-Skanda puran

https://www.instagram.com/p/CHC8amXA28Q/?igshid=1af0lj5k1iwfz
You can follow @Anshulspiritual.
Tip: mention @twtextapp on a Twitter thread with the keyword “unroll” to get a link to it.