Read on Twitter
Why was RJ Barrett basically a locked top 3 pick last year but Isaac Okoro isn't this year?

Basically the same height, RJ is longer but Okoro has a better frame and is a much more fluid athlete. 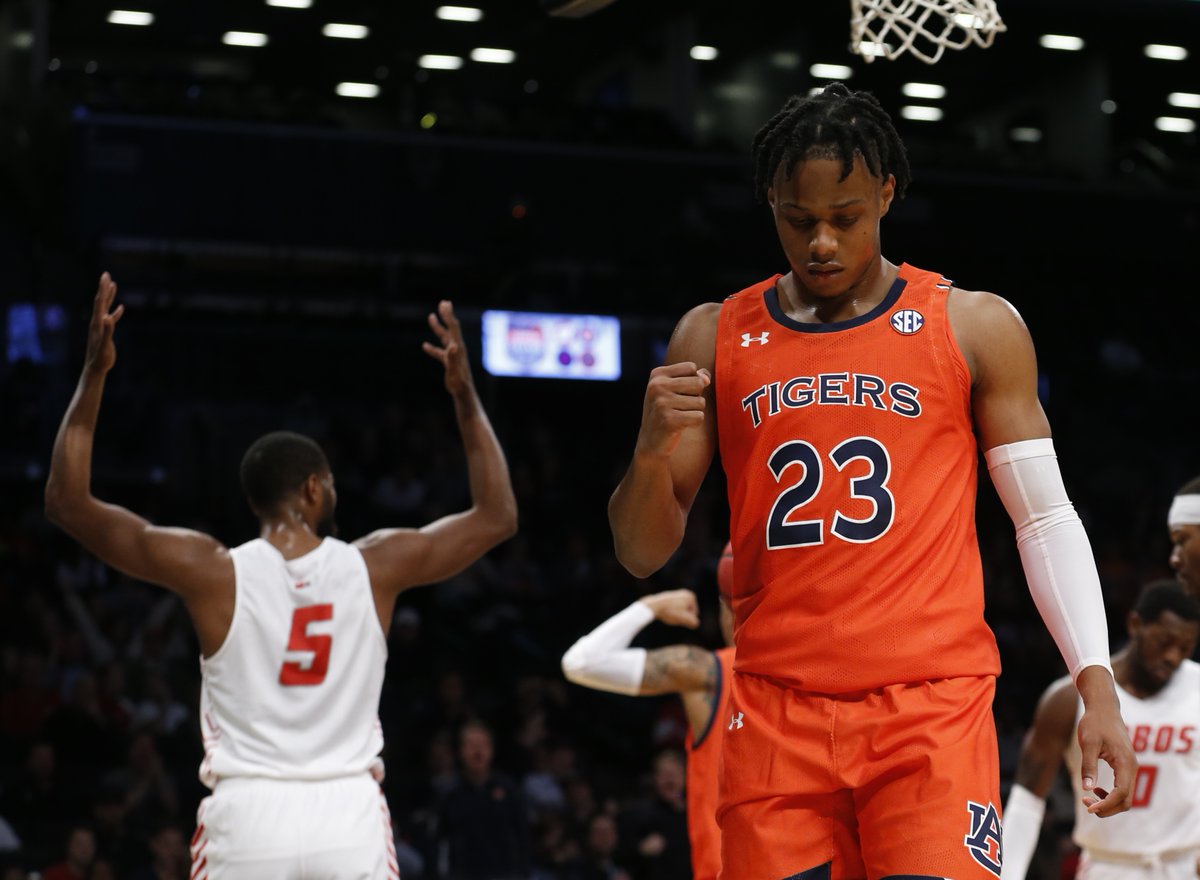 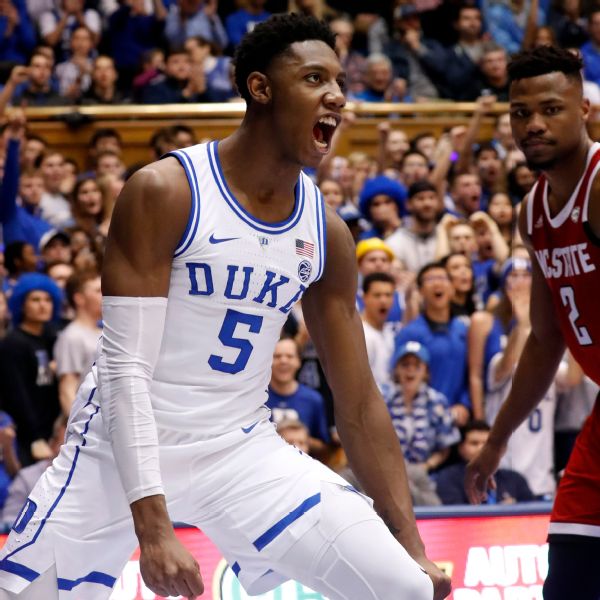 RJ shot almost double the amounts of attempts even though he had FAR superior team mates in Zion & Cam while Okoro had decent college players and no good passing PGs to set him up. RJ always tried to be the main guy while Okoro knew his role on offense and never went rogue 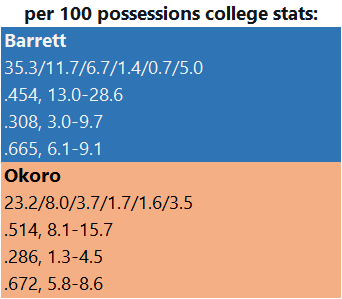 Everyone talks about how Okoro being a bad shooter limits his upside but what about RJ?

RJ was worse on 2P%, .02% better on 3P% & was worse on FT% on a much higher volume too. If Okoro was given RJ's freedom to shoot however much he wanted would his %'s not matter like RJ?

RJ was better on Post Ups and hand offs.

Okoro can score in a lot more ways and more efficiently. 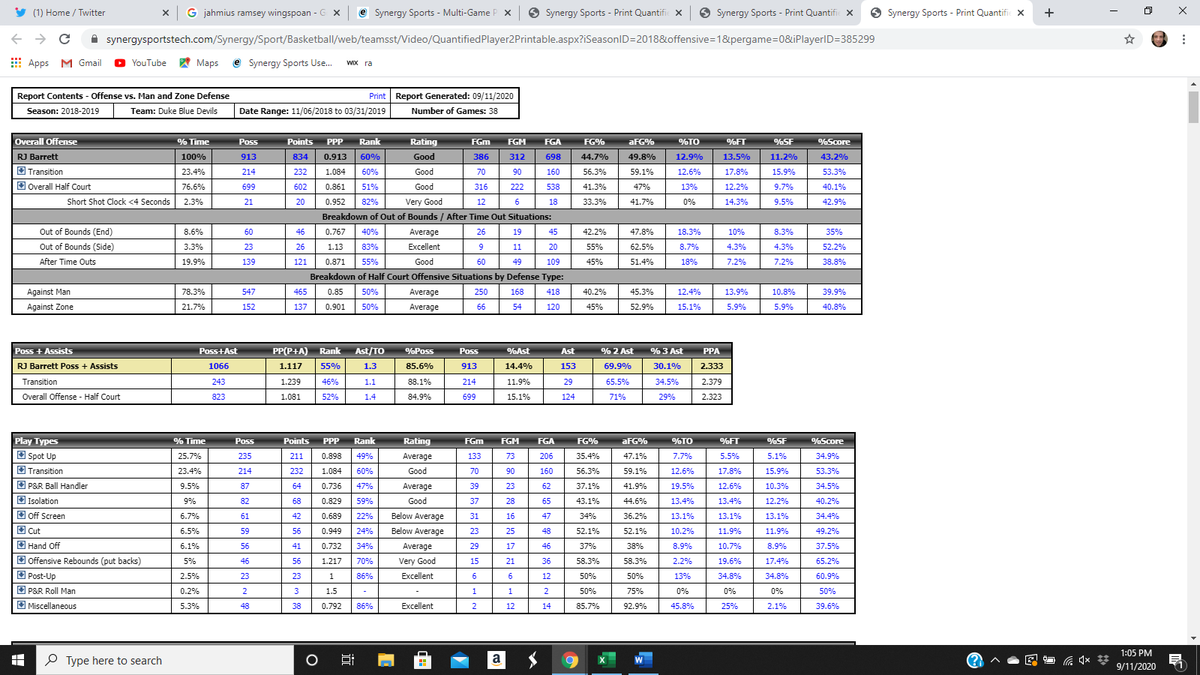 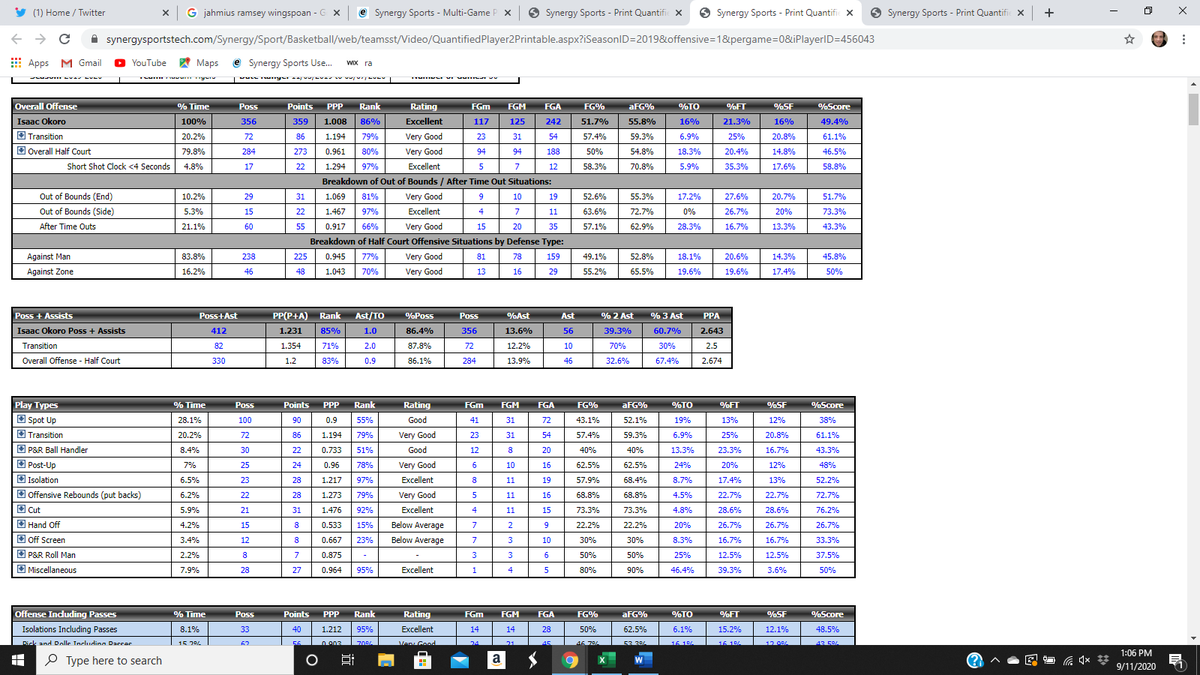 I would argue Okoro is just as good, if not a better passer and even though RJ's assist numbers are better he was asked to be a play maker in college while Auburn mostly used Okoro as a secondary play maker for whatever reason. I'm ok if someone thinks RJ is better fwiw.

5/6
On defense there really isn't a comparison. RJ isn't a bad defender but Okoro is on a completely different level. RJ is best guarding 4s and bigger 3s imo while Okoro can defend 1-4s at a very high level and can even play as a small ball 5 similar to Draymond Green.

6/6
You can follow @HawksDraftNerd.
Tip: mention @twtextapp on a Twitter thread with the keyword “unroll” to get a link to it.