There has been a lot of talk about Meteor, a deadly new weapon in India’s arsenal. This thread is meant to simplify to laymen like me as to why it’s so special. 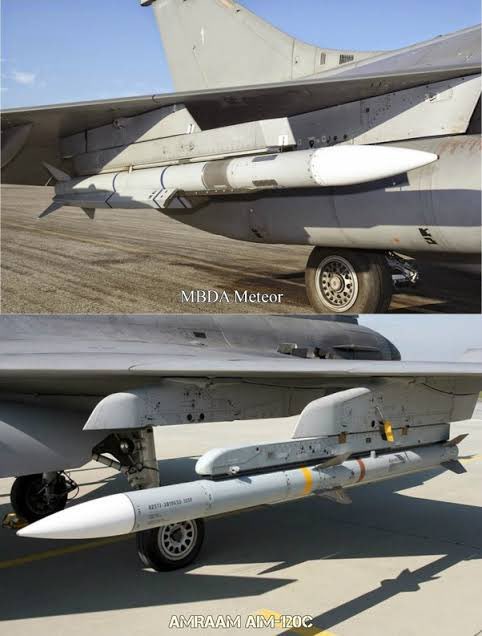 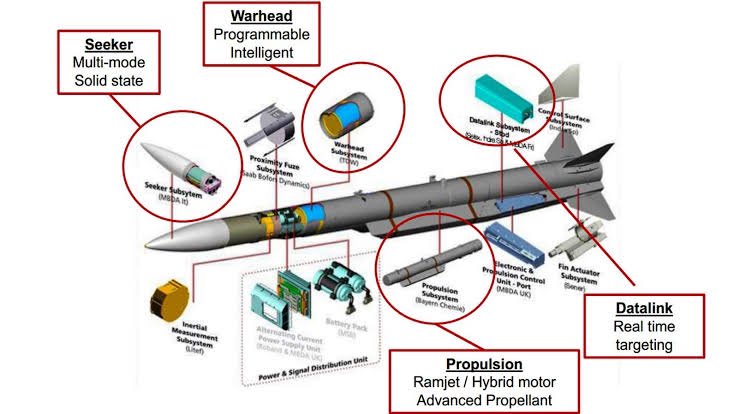 The need for next Gen missile with superior range and overall improved kinematic performance arose in mid 90s to combat the US’s AIM-120 AMRAAM.
For sake of European air space UK, France, Sweden, Germany, Italy and Spain participated in the programme. 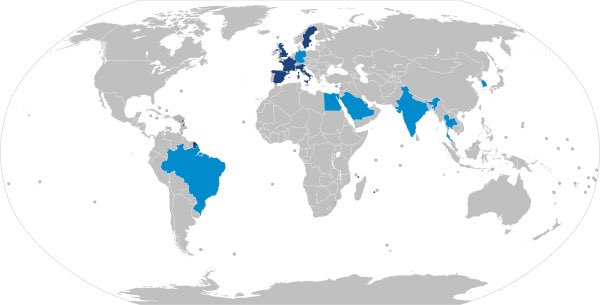 Meteor’s most impressive feature is its propulsion concept. Its an air-to-air cruise missile rather than as a traditional guided air-to-air rocket. For propulsion it uses:
- solid fuel
- variable flow
- ducted rocket—also known as a ramjet ; instead of traditional rocket motor

What this means is that Meteor can throttle its engine during different phases of flight whereas a rocket delivers all of its potential energy in one continuous unmodulated burn cycle. This capability also drastically increases the size of the missile’s “no escape zone.” 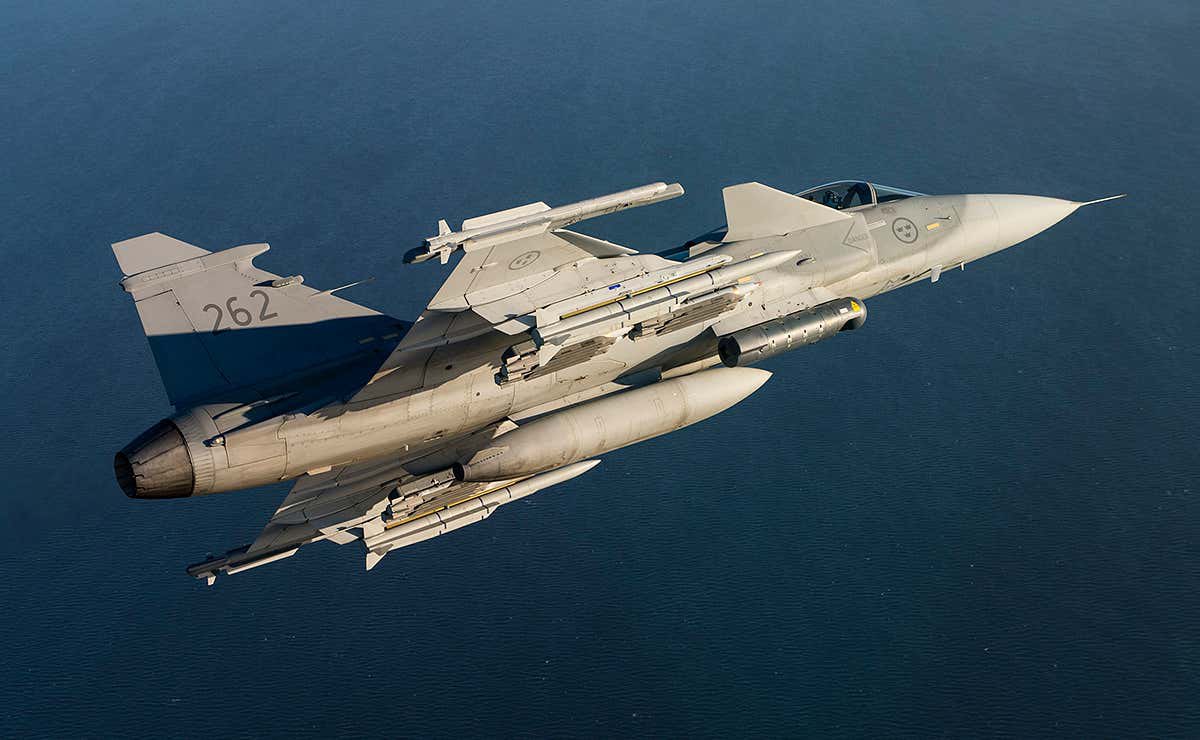 The ramjet powered Meteor, instead of burning off all its fuel right after launch, can throttle its engine back during cruise, saving fuel. Closer to target it can throttle up, making terminal attack at highest possible energy state, around mach 4.5, even when over long ranges.
It’s a missile that listens and talks to its master. It has an active X-band radar seeker that locks onto targets during terminal phase of flight. In fighter pilot parlance its when the missile goes “pitbull” and becomes a true fire-and-forget weapon. No guidance req from pilot. 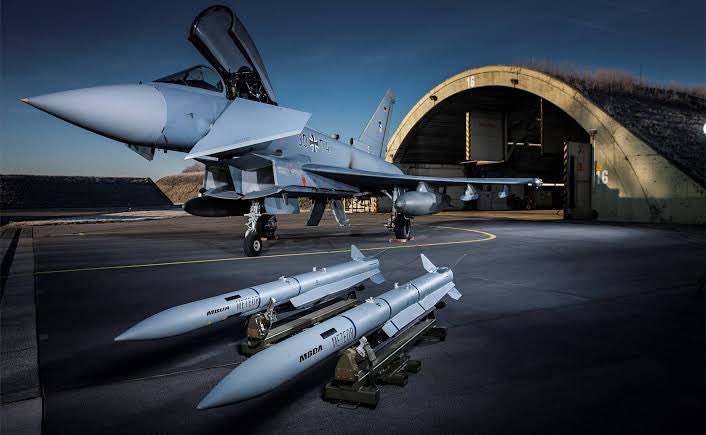 The ‘Fire and Forget’ concept, let’s say in AIM-120 AMRAAM, is taking the targeting data from the aircraft’s radar and it calculates where the target “should be” when it arrives in the target area.
It then flies out to that area using its own inertial navigation system.
Closer to target, the missile’s small radar seeker, which has far less range and scanning capability than the radar on the fighter that fired it starts scanning. If target is within the AMRAAM radar’s cone of detection it can lock on and attack.
No extra navigation required.
For AIM-120, fighter aircraft has to send mid-course updates as it flies out to target until it locks its own radar on enemy. This mode is more effective for defensive shots or for shots at close ranges when there is less flight time for enemy to change course,altitude & tactics.
This risk in firing AIM 120 is that pilot can keep his radar pointing towards enemy to send radar data to the missile to improve its chances of a kill, but that exposes him to enemy as range between him and target decreases. Pilot can only break once missile has its own lock.
Enter Meteor !
It gets its mid-course guidance updates not just from the jet that fired it, but from ‘third parties’ like other fighters, airborne early warning and control (AEW&C) aircraft, and land and sea-based radar and electronic surveillance systems via data-link. 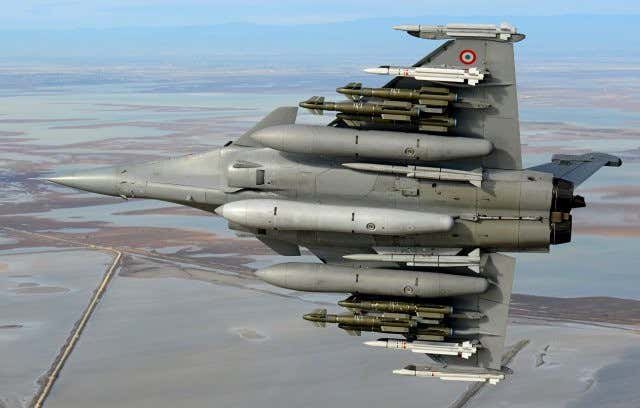 The pilot just assigns the missile a target on his situational display. The Meteor’s data-link has two-way capability, so the pilot could re-target the missile while it is already on its way. The pilot can also see the missile's fuel, energy and tracking state in real-time.
This is a very crucial ability for pilot because it gives him a unique capability to decide whether he should fire another missile or not, or simply break way if the missile got a lock on. It’s the actual ‘Fire and Forget’ in true sense.
Meteor is a new, yet pretty feared and respected BVRAAM. While AIM-120D is 60 to nearly 160 Kms,Meteor can go 90 to around 200 Kms. That’s a vast difference. Introduction of these ranges changes the air war tactics, specially with India aiming at stronger standoff capabilities.
Things to look forward are dev of air tactics if 5th Gen fighters like F35 go for Meteors. With so much stealth capability that enables them to get really close, do they really need these long ranged missiles? Wont 4th Gen with radars like AESA n Meteor be a better match ? 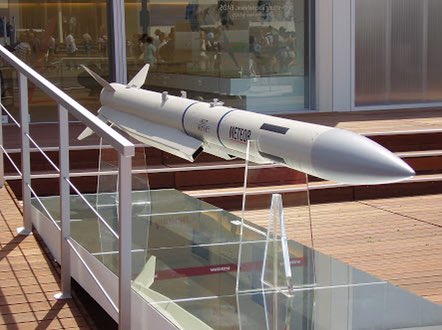 Thanks for reading. Hope this gives a little better perspective on why we are purchasing Meteors. I’m a big fan of indigenisation and promoting and encouraging Indian Def Industry. But if we have to buy something; better buy the best. And Meteor ticks that box ! Jai Hind.
@anshumig @elmihiro @hukum2082 @Firezstarter1 @singhshwetabh71
Kindly Add/ correct where required. Thanks.
You can follow @Manik_M_Jolly.
Tip: mention @twtextapp on a Twitter thread with the keyword “unroll” to get a link to it.