Read on Twitter
In February 2018 Jozef Chovanec tried to take a plane in Charleroi Airport. At the airport he was arested and a few hours later he died because of excessive police brutality. 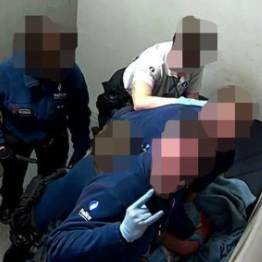 In 2018 Jozef Chovanec tried to take a plane in Charleroi Airport. As the Slovakian man pushed a crew member and refused to show his boarding ticket, he was taken to an airport cel. Footage shows a doctor inspected Jozef through a door hole, three hours after he was summoned. 2/9
He concluded that Chovanec was calm and ascribed this to the use of drugs or alcohol, even though no tests were taken. The autopsy results show that Chovanec was not under influence of any drugs or alcohol. 3/9
During the night Chovanec kept hitting and kicking the walls which led to the police intervening in order to calm him down. This situation repeated itself a few times during the night. 4/9
When Jozef doesn’t stop hitting his head against the wall, a few policemen cuff his hands and ankles. Five police agents were kneeling down on him, a sixth agent has to check his face. 5/9 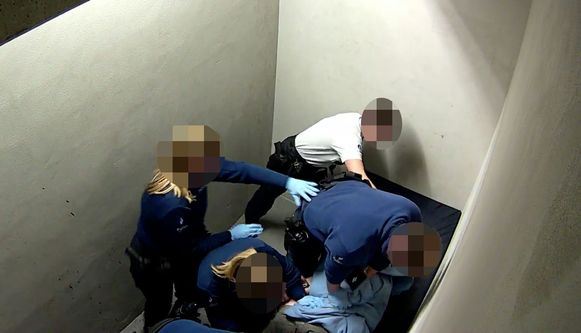 But, at a certain point one of them puts a blue blanket over his face “to calm him down”. While all of this is happening one of the cops starts DANCING and performing a NAZI SALUTE. They were laughing at Jozef, making jokes. 6/9 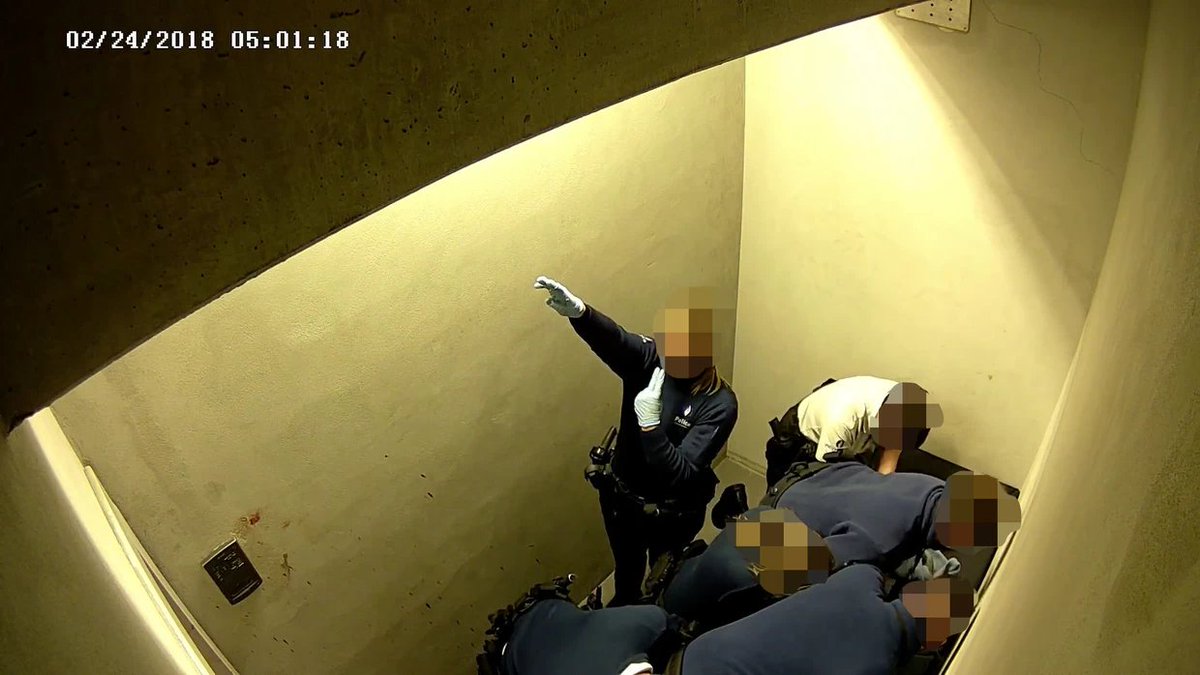 Security footage shows Jozef “calming down”, however, as the paramedics arrive they can not detect a heartbeat. As they start resuscitate him, both police and paramedics are joking around. 7/9

An external medical expert concludes that the police action as “long-lasting, excessive and obstructive, based upon the security footage. The footage shows that at least one of the police agents were sitting on the victim’s chest with his full body weight for 16 minutes. 8/9
He adds that the blanket must’ve hindered Jozef’s upper respiratory tract leading to a condition which facilitates fatal cardiac arrhytmia. 9/9
Information based on @demorgen / @HLN_BE
- https://www.demorgen.be/nieuws/minutenlang-verstikt-met-een-groet-van-hitler-onderzoek-naar-dodelijk-incident-bij-politieoptreden-in-charleroi~b798b010/
- https://m.hln.be/nieuws/binnenland/jonge-vader-overlijdt-na-politieoptreden-in-charleroi-agenten-maakten-plezier-terwijl-mijn-man-onder-hen-lag-te-sterven~a16fa6ef/

https://www.demorgen.be/nieuws/minutenlang-verstikt-met-een-groet-van-hitler-onderzoek-naar-dodelijk-incident-bij-politieoptreden-in-charleroi~b798b010/
You can follow @waterkiek.
Tip: mention @twtextapp on a Twitter thread with the keyword “unroll” to get a link to it.