Read on Twitter
A sincere thanks to Marty Tripp (remember him?) for , for some inexplicable reason, uploading the full Eulman interview. And boy is it a doozy.

Scene: Tripp, who is working with @lopezlinette , keeps trying to get him to cooperate, for money. 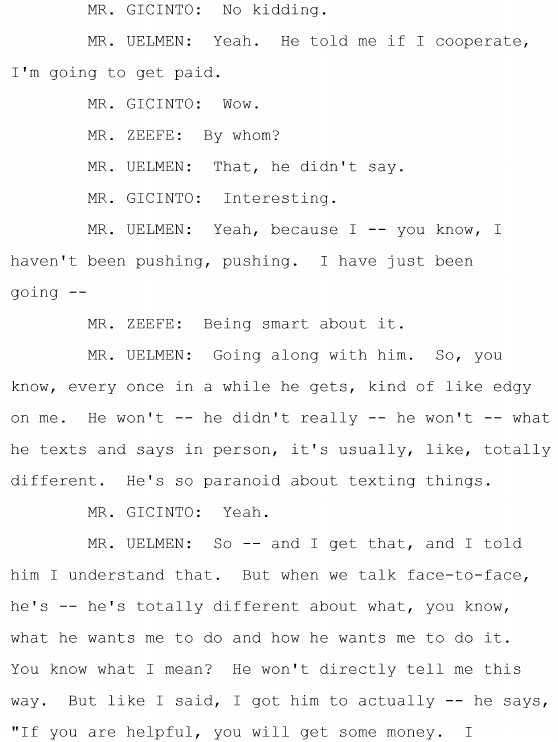 Tripp is feeding Linette an anti-Tesla story, and he wants Uelmen to lie to publicly back up his story, in exchange for money and a possible job offer elsewhere.

Tripp also continues his usual pattern of lying and then changing his story. Sound familiar? 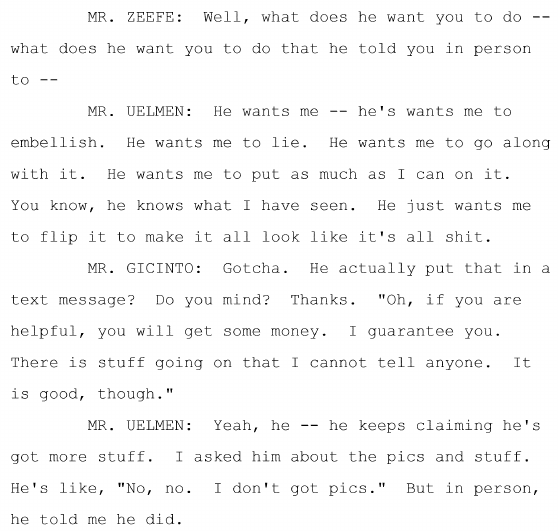 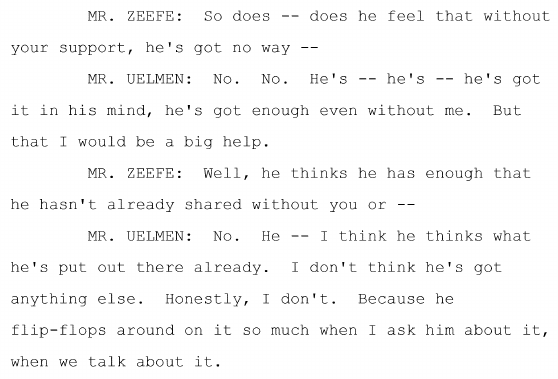 Tripp's support comes from some "awesome people", but he refuses to give out their names. They're not directly connected to him, but rather, they're people that Lopez is connected to; she functions as a go-between. 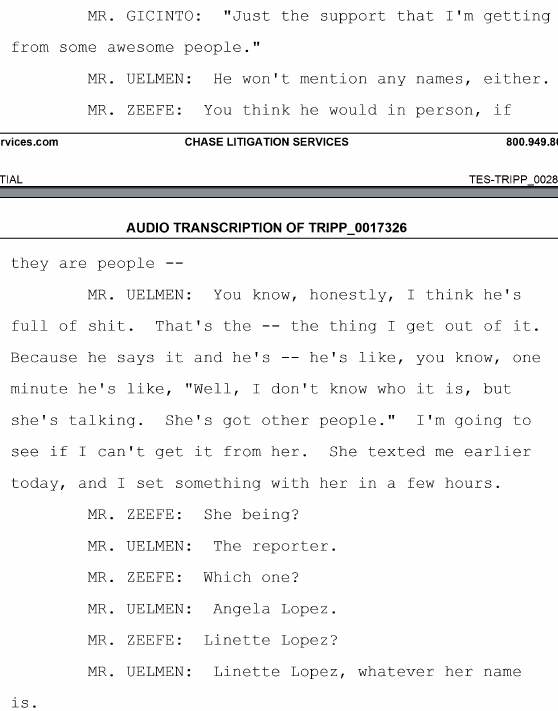 Tripp, in his paranoia, believes that Tesla is sending secret cars to run him off the road. 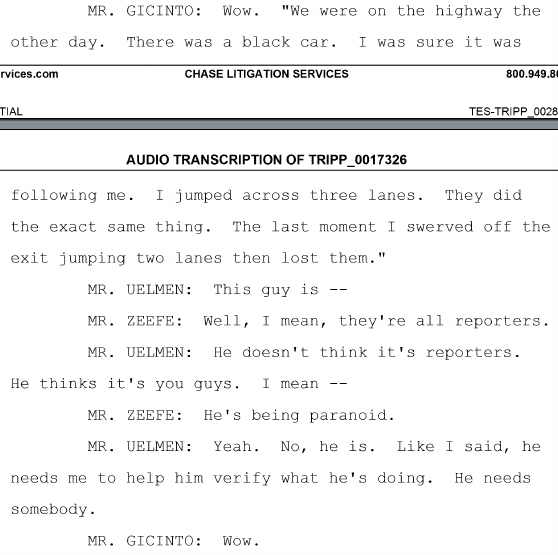 Let's be clear about the stuff that Tripp is feeding Linette, and what he wants Uelmen to "back up":

And he wants Uelmen to lie for him, too. 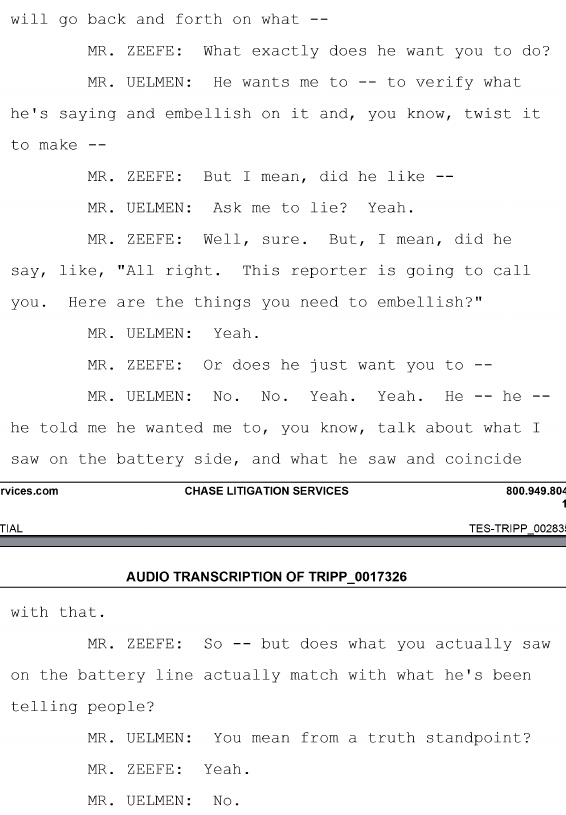 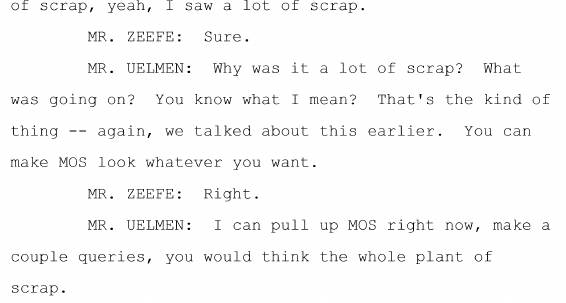 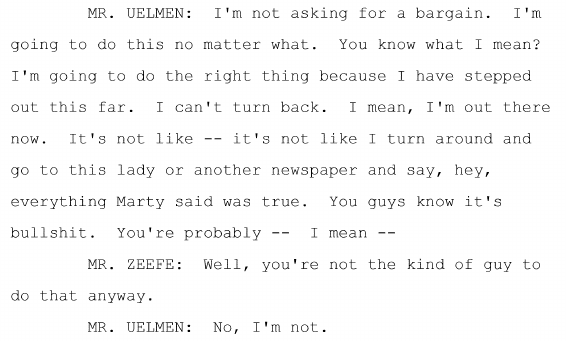 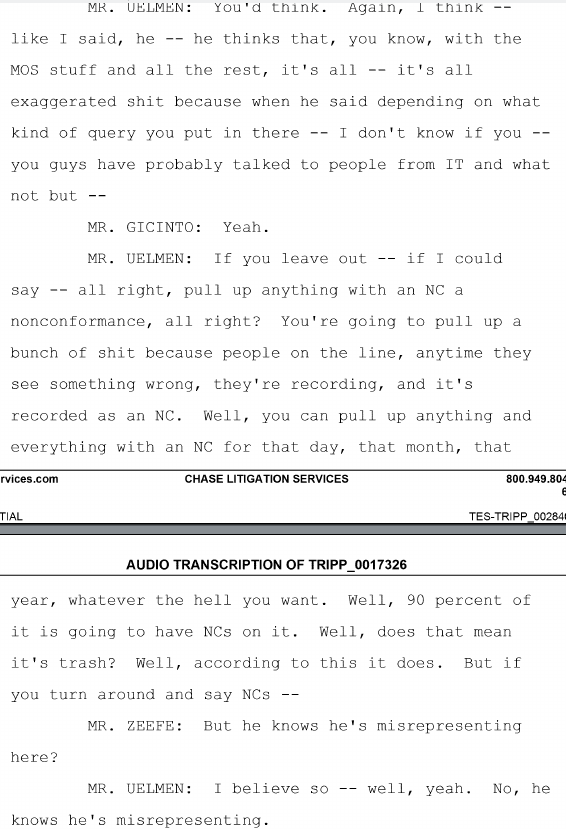 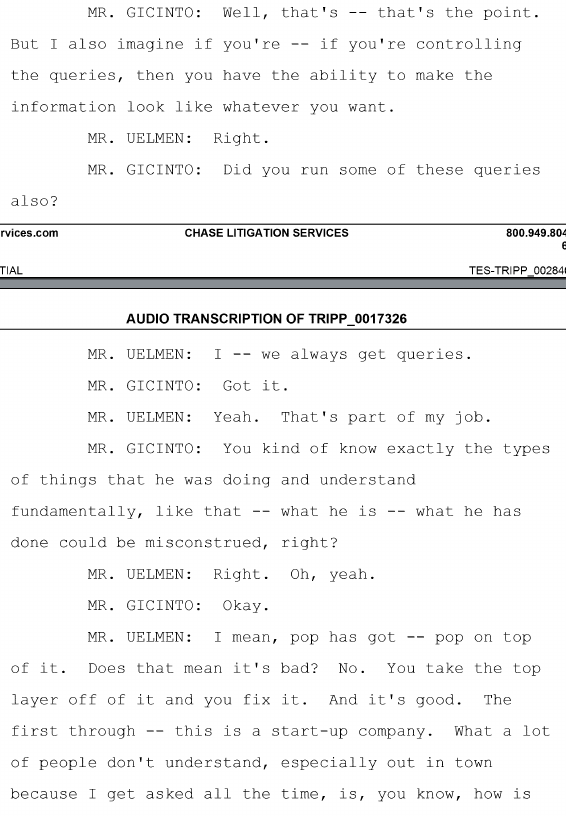 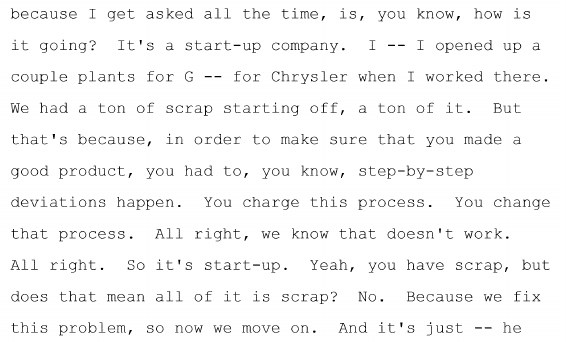 Who exactly are the "awesome people" funding Tripp through Lopez? Now isn't that the $50 thousand dollar question.... 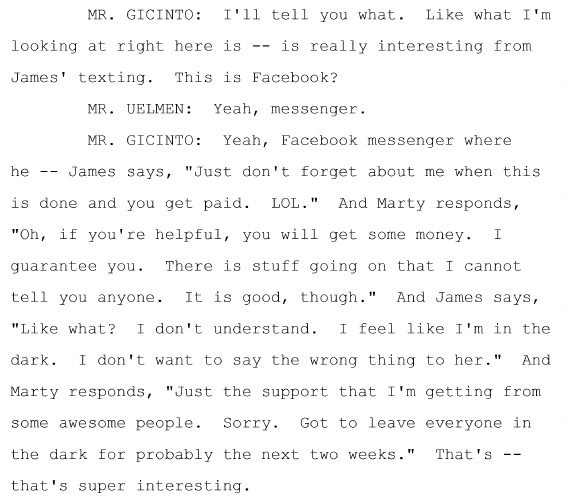 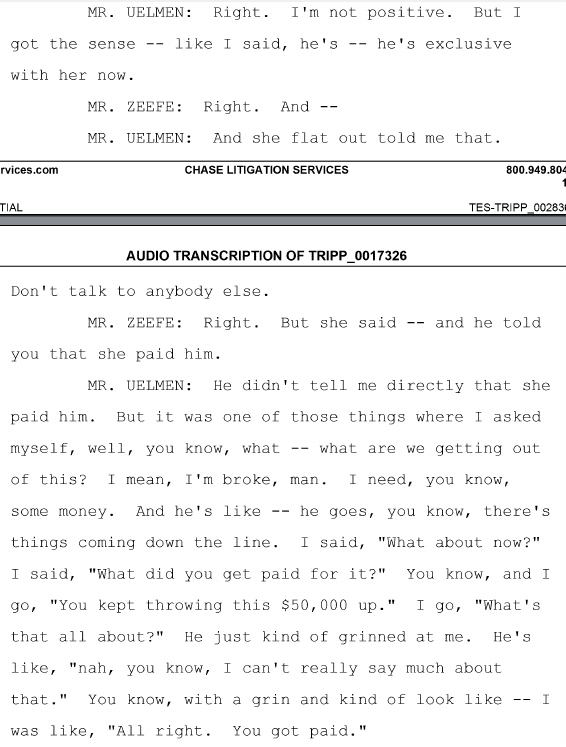 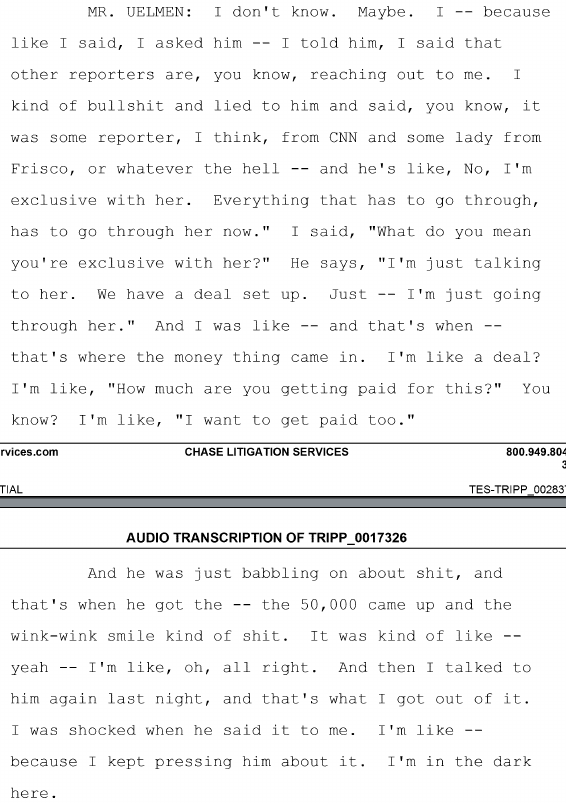 Why was Uelmen passing on his chat logs and information to Tesla? Apart from wanting to do the right thing, he had also been recently fired.

In proper form, Tesla refuses any sort of quid-pro-quo to reinstate him (as improper). Also, the investigators have no access to HR files. 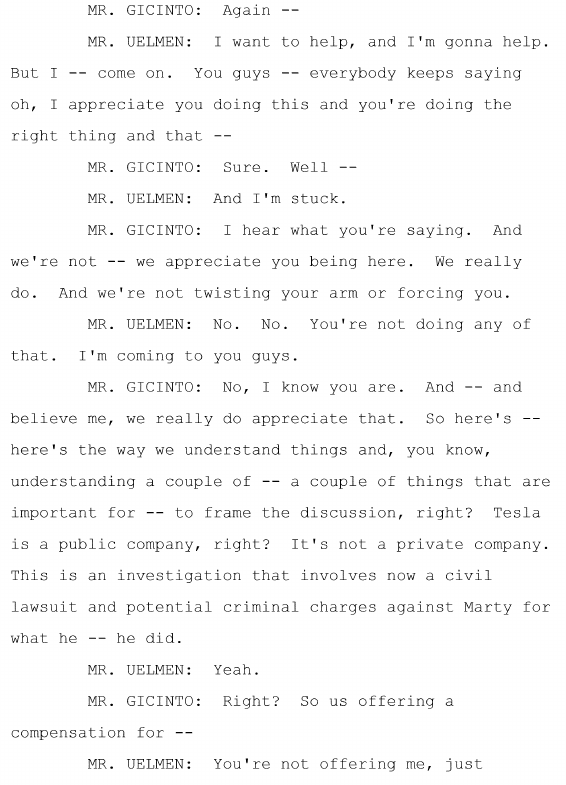 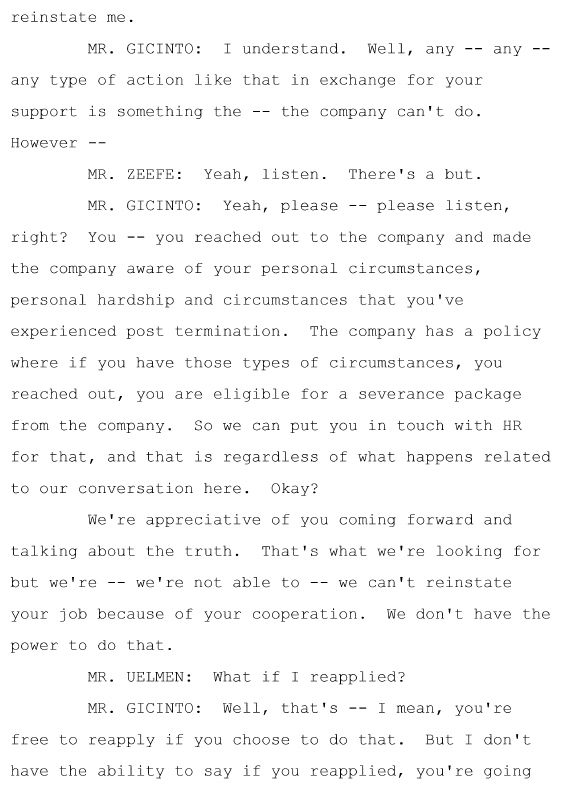 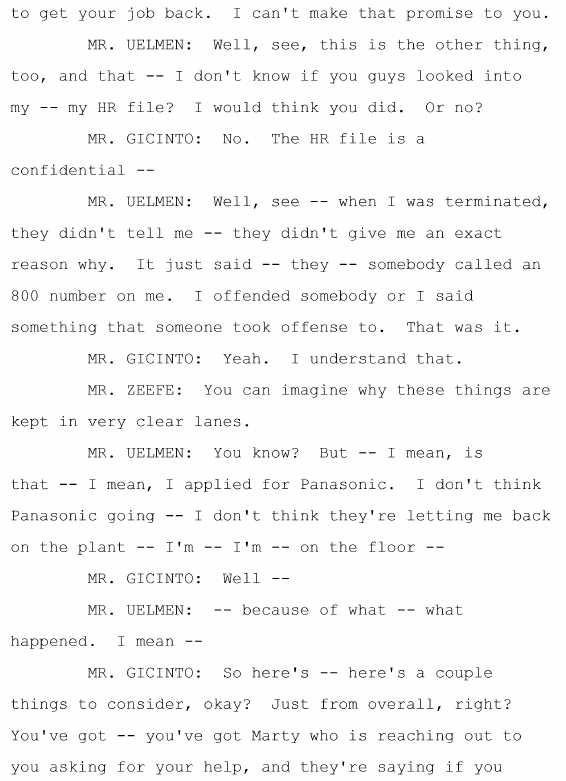 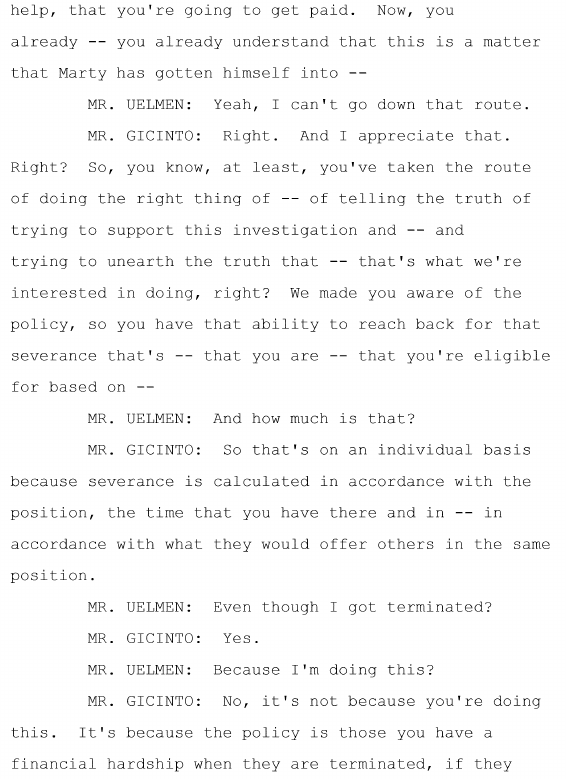 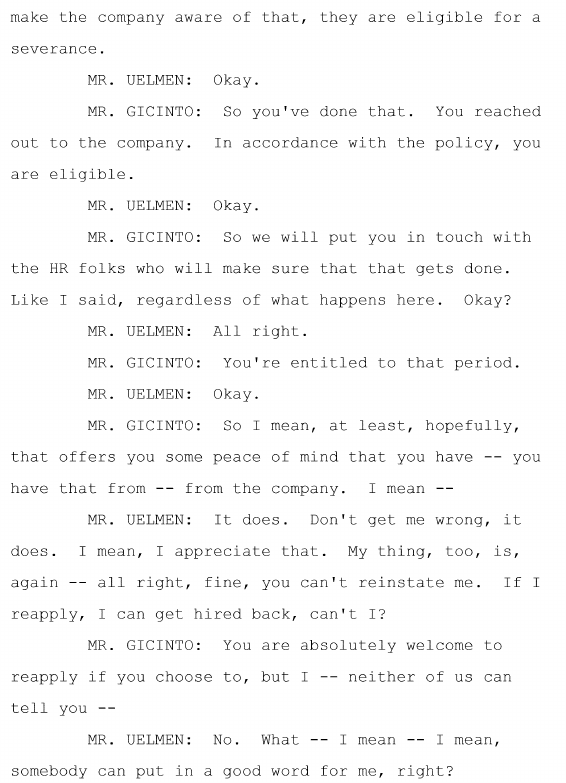 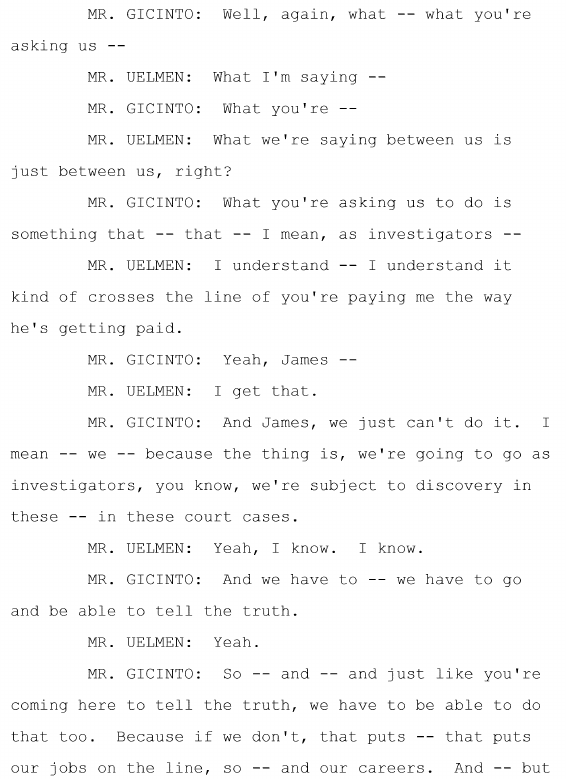 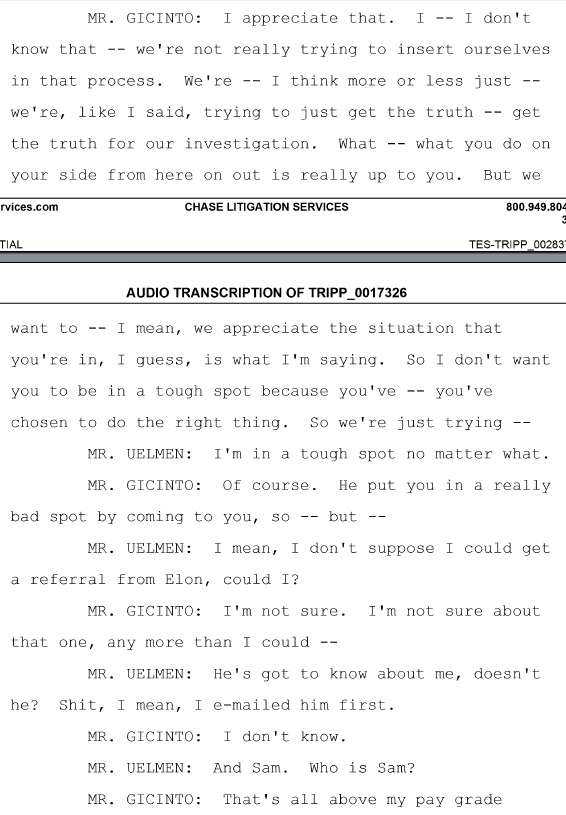 BTW, how bad is Linette Lopez's anti-Tesla obsession? That the Tesla people tell Uelmen that if he wants to get the truth about what Marty told him out, since Linette won't print it, he could contact.... @danahull , that she might set the record straight ;) 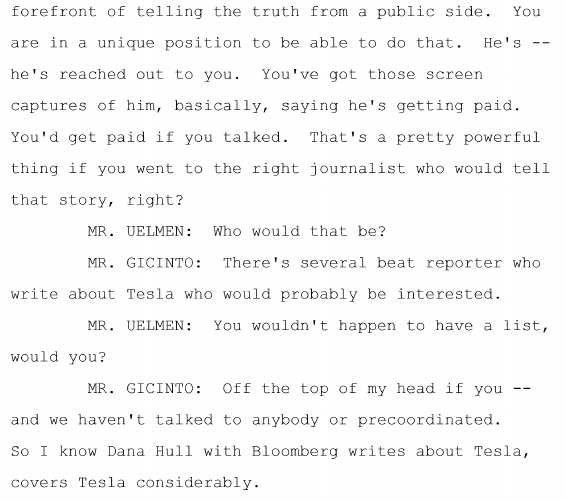 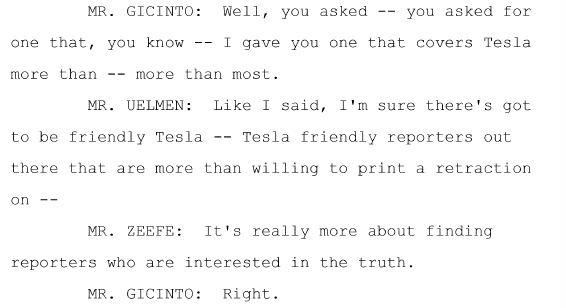 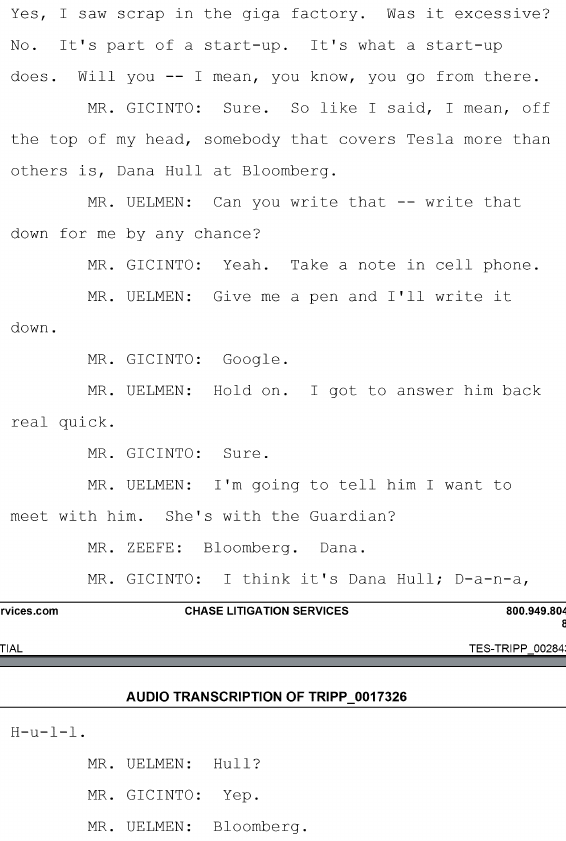 They also mistakenly think that Linette won't print uncorroborated tales. Lol, good one. ;) And Tripp doesn't care if it's BS because, "People believe what they read." Oh, and he wanted Uelmen to lie to OSHA, too. 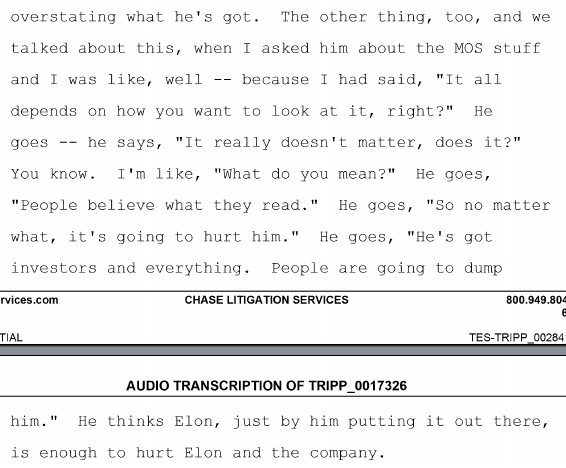 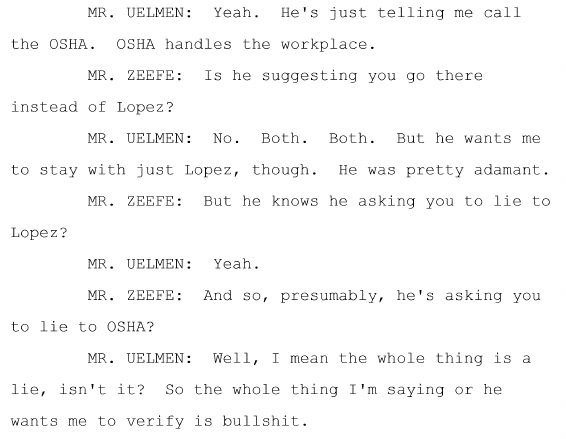 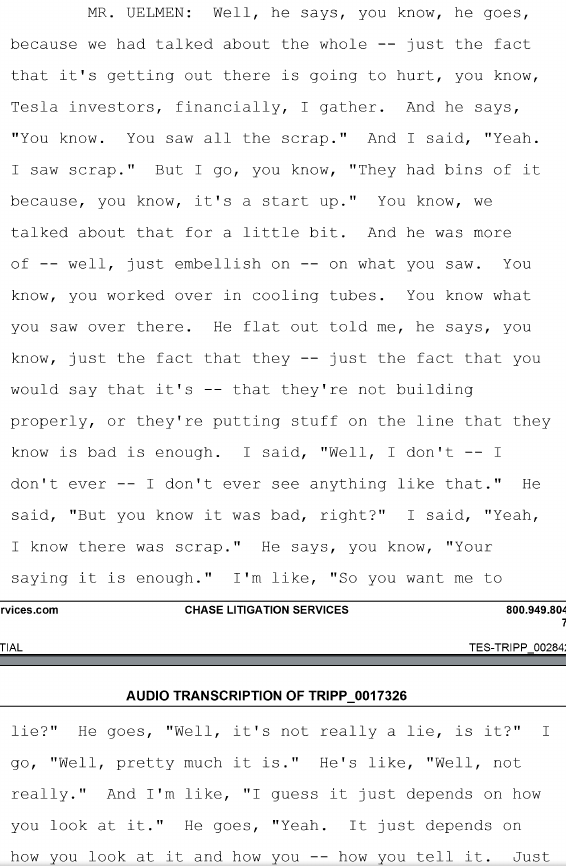 If Tripp leaves a bad taste in your mouth, BTW... you're not the only one. 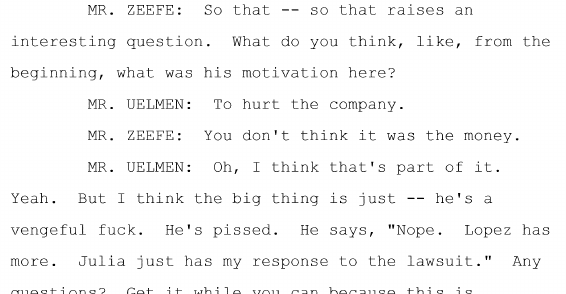 BTW, does anyone know how to reach Uelmen? I really feel for him. Sounds like he made a dumb mistake and was a jerk another employee and got fired for it - right after his wife just quit a managerial position to move with his two young kids for his dream job. Nearly committed... 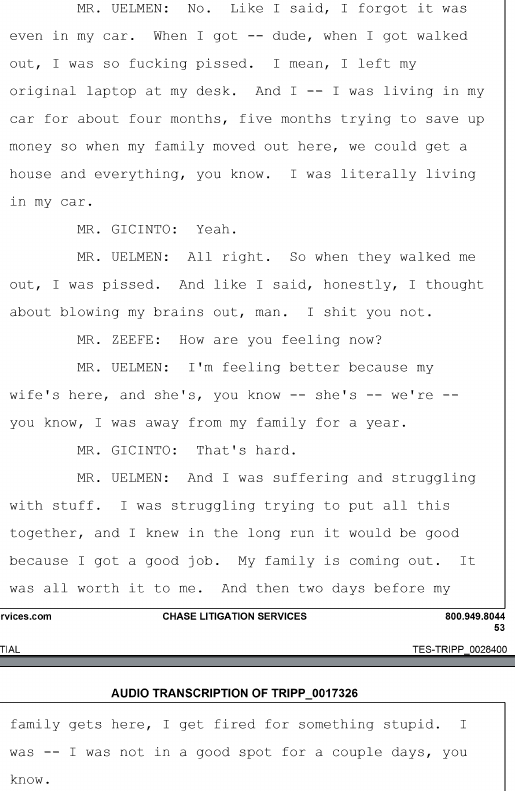 suicide. Was really struggling financially to provide for his family.

I wonder if things are better for him. He tried to do the right thing, coming forward with Marty's texts, knowing that Tesla couldn't and wouldn't compensate him.

If he's struggling still, maybe we could help
You can follow @enn_nafnlaus.
Tip: mention @twtextapp on a Twitter thread with the keyword “unroll” to get a link to it.