In the short term, definitely yes. In 2030, Tesla will likely be a trillion dollar market cap company. 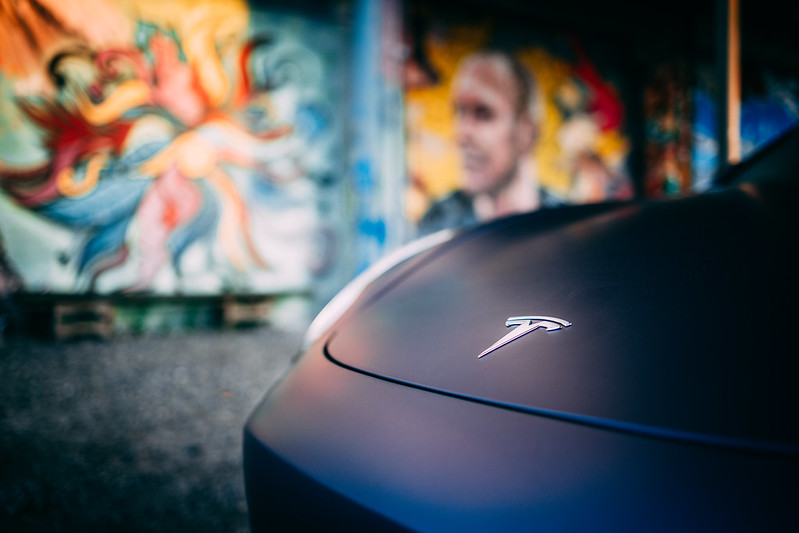 1/ Tesla is very similar to Amazon. They started as a boring book retailer. Low margins. Complicated logistics. Nothing too exciting.
2/ Who would have thought in 1997 when Amazon went public that 23 years later the business would look like it does today? There was no AWS, no Amazon Advertising, no Amazon Prime, no Amazon Marketplace, no Alexa, no Kindle.
3/ So what was different about Amazon? @JeffBezos. A visionary owner-operator with an extremely long-term focus and customer obsession.
4/ Exactly the same is true for Tesla. It may look like a car company today. But 10 years from now it will look very differently, thanks to @elonmusk.
5/ How Tesla will look like in 2030?

It’s reasonable to expect that they will keep growing volume by 35 percent per year (so far it has been >50 percent). That means in 2030 they will produce about 10 million cars.
7/ Software business:

I expect each sold car to generate $10k worth of software revenues. Currently, the Full Self-Driving option alone sells for $8k, and there will be many in-app-purchases like the $2000 acceleration boost, which is delivered over the air.
8/ Ride-sharing business:

Tesla will add ride sharing capabilities, which will enable it to earn a cut from rides on their network.

That means that Tesla will not just make money from cars and software, but also from each mile that is driven on its ride sharing network.
9/ Solar business:

If we assume they scale this globally to 5 million roofs per year by 2030 and an average selling-price of $15k, this will bring in $75 billion in revenues.
10/ Battery business:

Soon, they will start manufacturing their own cells, which will likely last 1 million miles.

A Powerwall costs $8.5k and adds energy independence. Pretty much every buyer of solar panels will buy one or more, which means millions of units per year.
11/ Licencing business:

It’s not realistic that every single car company in the world will be able to build all the necessary hardware and software in-house.

It will look more like computer or smartphone operating systems, dominated by two or three players. Tesla will be one.
12/ When we add everything up, Tesla will be a $500+ billion revenue company in 2030 with healthy profits. So I believe a valuation of $1 trillion is justified, leaving a 4x upside from today’s price.
13/ But make no mistake. There will be huge challenges and volatility. It won’t be a smooth ride. And there is still a “black swan” type chance that they will go bust.
14/ If they are able to pull it off, I have no doubt in my mind that Tesla will become one of the largest and most important companies on the planet.
Full write-up: https://remo.org/2020/07/29/tesla-valuation/
Tesla's Valuation — Remo Uherek

A while ago I’ve written an essay about What People Don’t Understand About Tesla. This piece is a continuation of this exploration. Tesla is currently valued at 10x Price-to-Sales, and Trailing...

https://remo.org/2020/07/29/tesla-valuation/
Thank you @manualofideas for the inspiration to write this piece.
You can follow @remouherek.
Tip: mention @twtextapp on a Twitter thread with the keyword “unroll” to get a link to it.