Read on Twitter
Do u have any better theory sir? To explain the reason behind the reason, an infinite loop.
Even science can't prove how come the universe was created. They say Big Band. But it is also laughable becoz, at the time of Big bang, there is an infinite dense material which exploded https://twitter.com/NagaBabuOffl/status/1282521701972992002

But where did that dense material come from?
So unless we have a better theory, you can't rule out the evolution based on Vedas.

Sankaracharya once said :
Oh fool! Rules of Grammar will not save you at the time of your death.

Reasoning won't save us at the time of death.
Do you know how did we come this far as a human civilisation?

When the time the whole world was yet to know that the earth is round. We sanatani's did know that long back.

Do you know we Indians were the cradle of civilisation.

And 100s more....
How did europe from dark ages come to Renaissance?
But MOST People think Everything Originated in EUROPE, Egypt and Greek .
-BUT WHY ?
-WHAT IS THE TRUTH ? WHERE IS THE EVIDENCE?There is no single proof that Archimedes discovered all his discoveries. Same goes with Euclid maths
Al Khwarizmi from Persia wrote Kitab al mukhtasar fi hisab al-jabr wal-muqabala and mentioned Sine Tables from Aryabhatiya.
How Robert of Chester translated the works and ज्या became "sin" and कोज्या became "cos" is in subsequent Tweets.
Al Khwarizmi didn't discover Algorithms, he copied from India, he himself mentioned in his book that, I got this knowledge from India.
Remember Newton didn't discover Gravity, it was already mentioned by Bhaskaracharya in his works. Newton also credited this in his book, that I
built this on top of big giants.

Did you know Brahmagupta's laws of zero-based maths went missing around 1200 years ago?
So, instead of enjoying the empirical simplexity of Bharatan maths, the British spread obsolete maths with Greek philosophical complexity.
After almost 2600 years of western maths, it was to be found impossible to square a circle with Ancient Greek tools of straight edge and compass.
What if we used rope & pegs like

India's Śulba Sūtras that remain untaught?
You CAN square a circle.
Rig Veda on Solar Eclipse !!
“O Sun! When you are blocked by the one whom you gifted your own light (moon), then earth gets scared by sudden darkness”
Rig Veda 5.40.5, 5.40.9
Scientific Prowess of our Ancients 1000s of years before rest the of World came to know about it.
Sage Kanada explained atoms concept and newton laws of motion number of years before Newton.
KANADA SOOTRAM AND NEWTON’S LAWS OF MOTION.
Brahmagupta gave the solution of the general linear equation in chapter eighteen of Brahmasphutasiddhānta.
Brahmagupta's Brahmasphuṭasiddhānta is the first book that provides rules for arithmetic manipulations that apply to zero and to negative numbers. 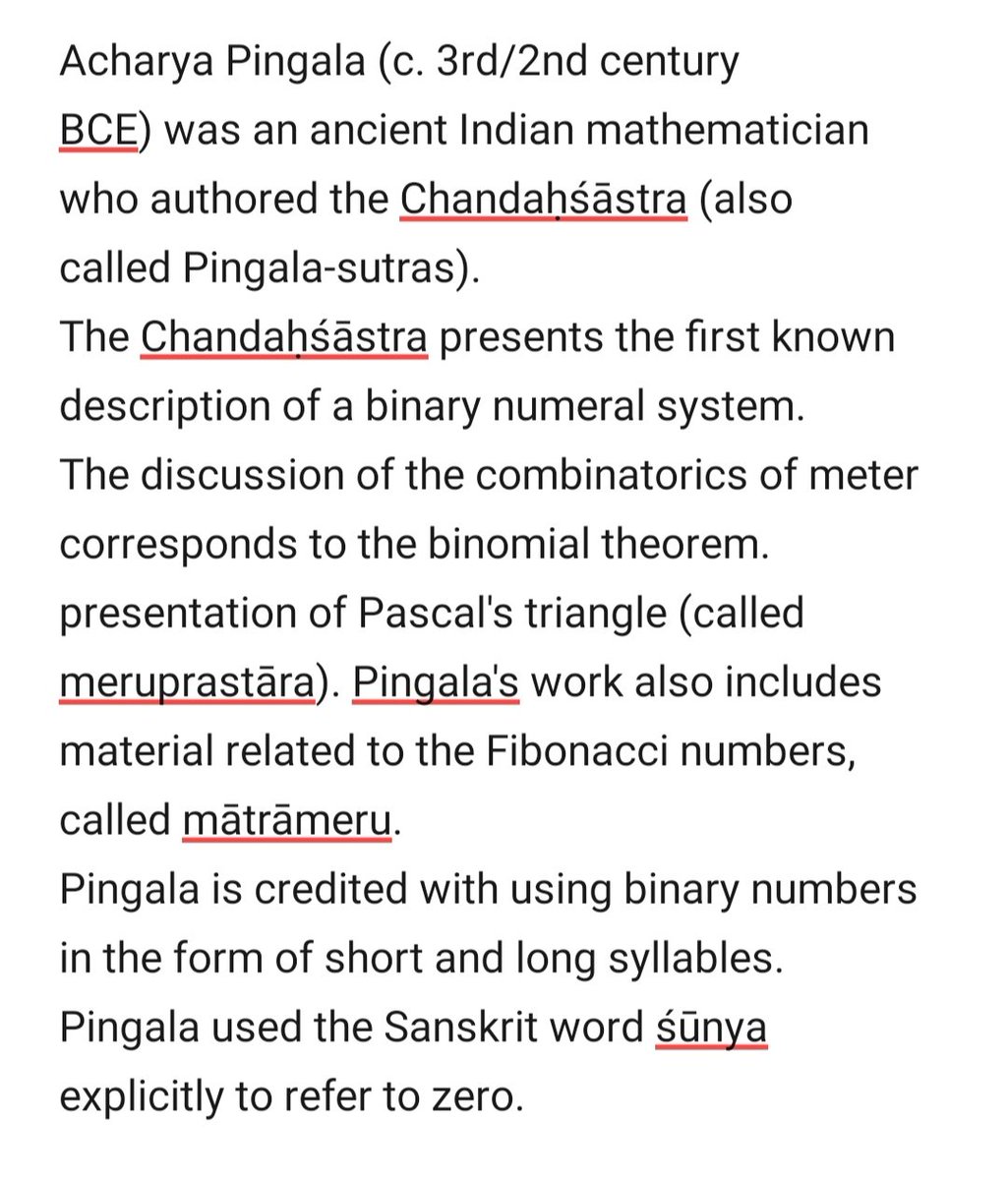 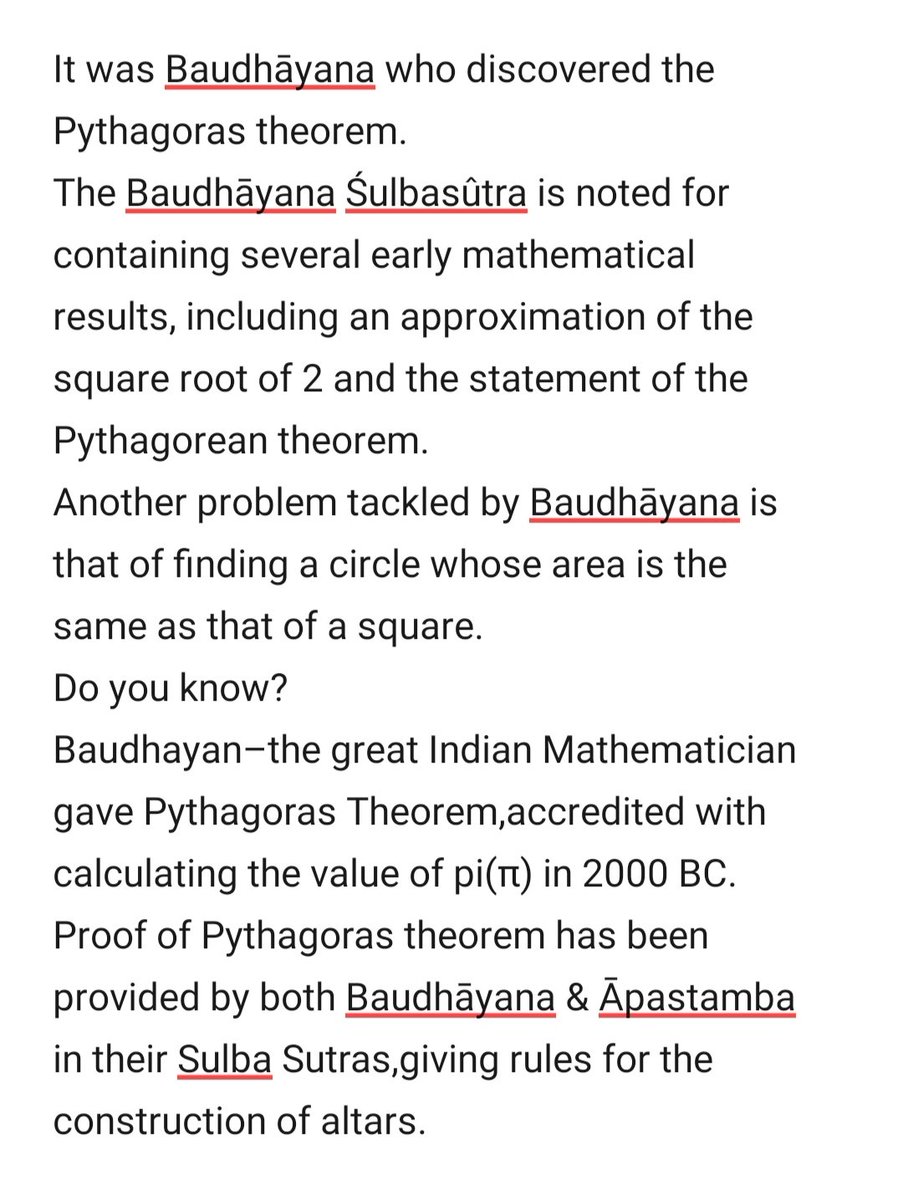 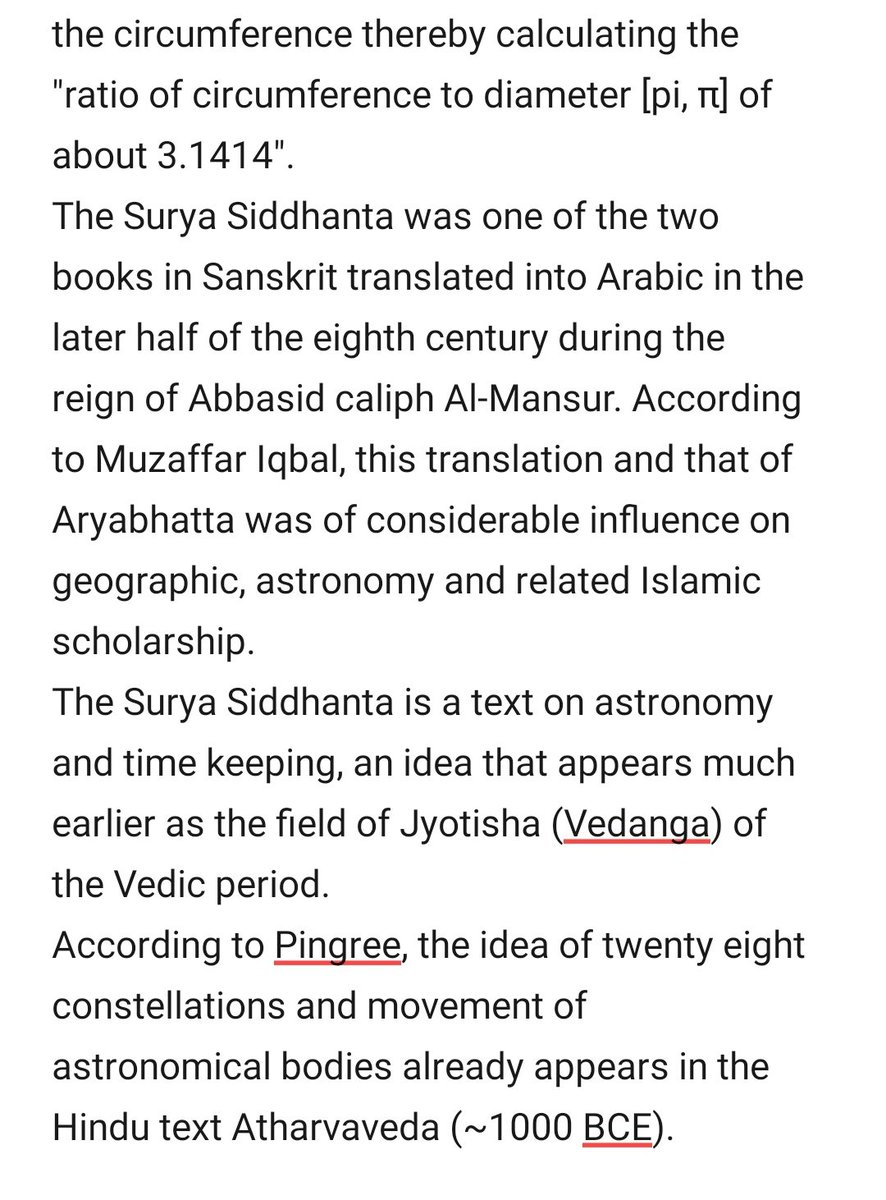 I didn't give all discoveries of India, but a glimpse of it.
Battery was invented by sage Agastya.
Vedic math is a gift, so many astronomical and astrological things in Vedas.
Puranas also mentioned astronomy.
A never ending list of inventions by Indian sages.
Note that I have not mentioned works of
VIRASENA,
HEMACHANDRA,
MADHAVA,
NILAKANTHA etc.

What we are today is the biksha of Sanatani Rushis
You can follow @Aatmavaan.
Tip: mention @twtextapp on a Twitter thread with the keyword “unroll” to get a link to it.