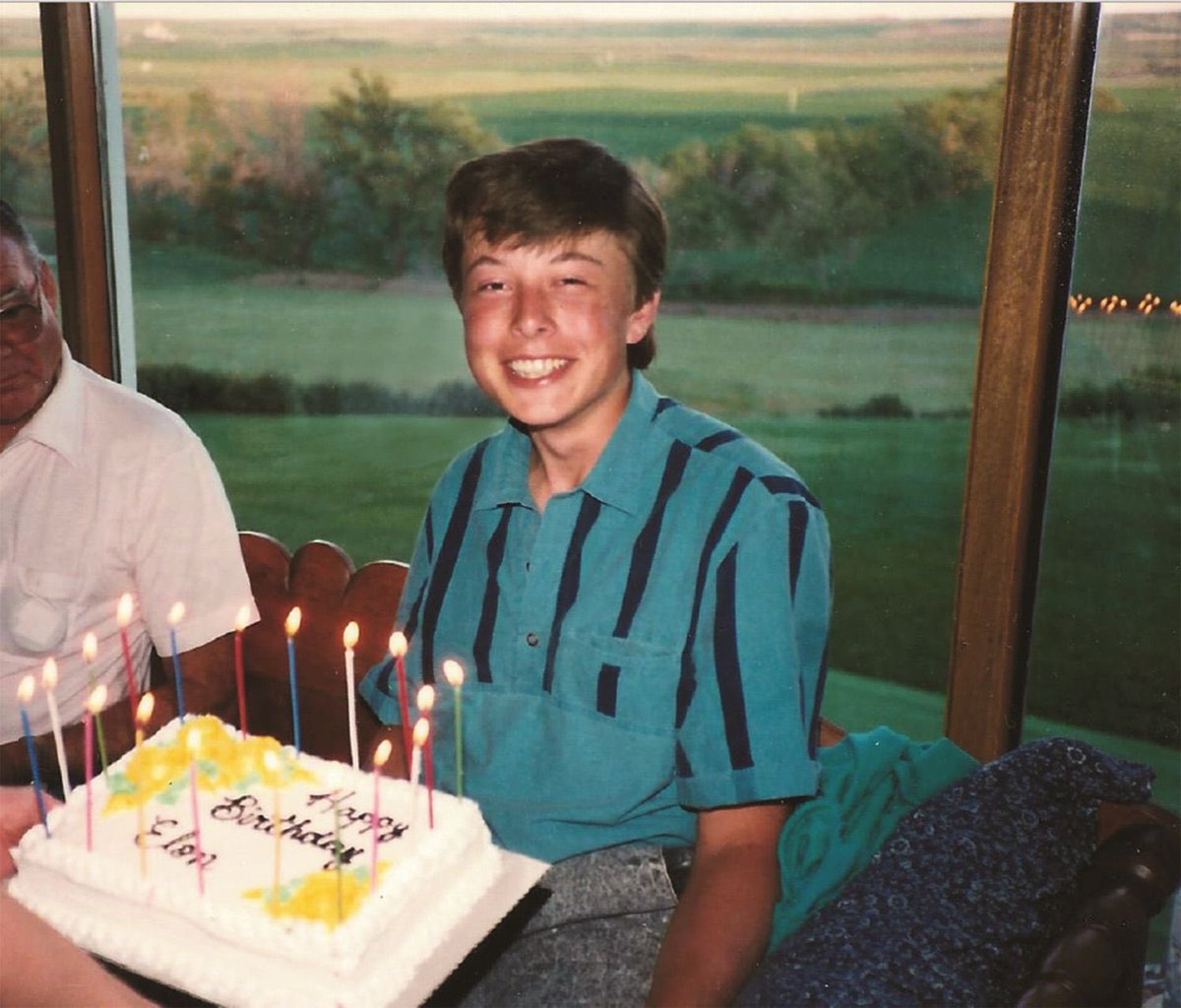 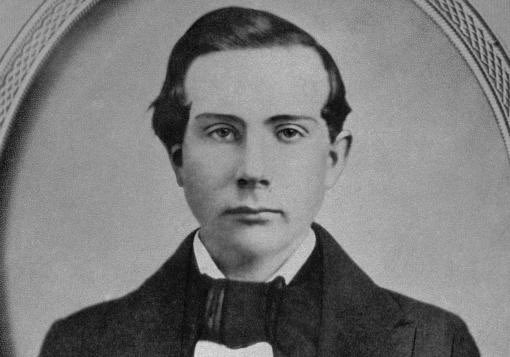 Rockefeller’s company was called Standard Oil. He founded it in 1870 and ran it until 1897, remaining its largest shareholder until he died.

He is widely considered the wealthiest American of all time, and the richest person in modern history. 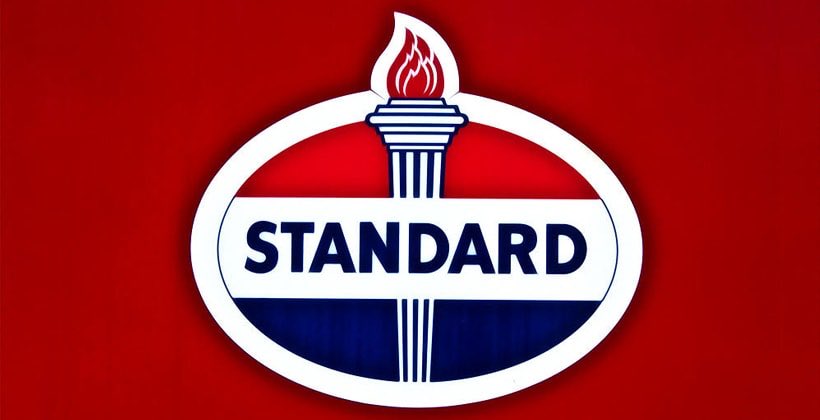 Rockefeller's wealth soared as kerosene and gasoline grew in importance. He became the richest person in the country, controlling 90% of all oil in the United States at his peak.

Remember, Model T wasn’t until 1908. He was early, getting in when oil was used for heat & light 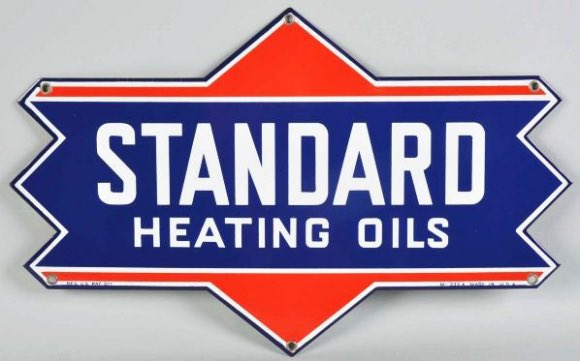 Standard Oil was the first great business trust in the United States. Rockefeller revolutionized the petroleum industry and, through corporate and technological innovations, was instrumental in both widely disseminating and drastically reducing the production cost of oil. 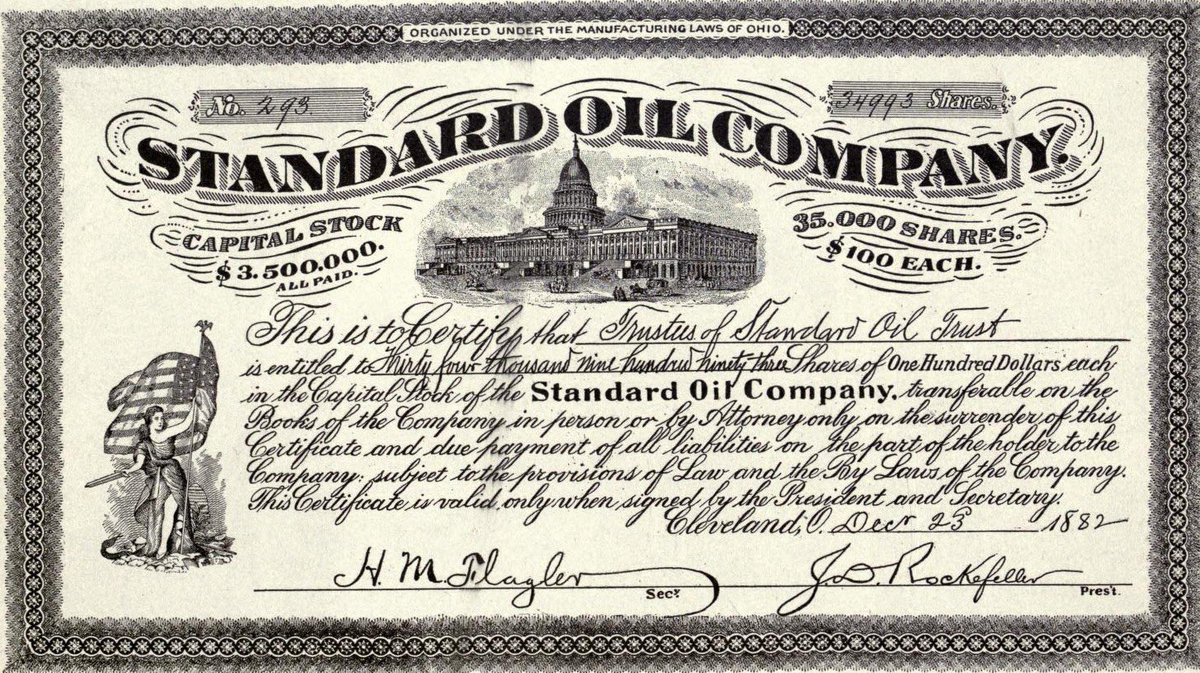 Energy was so critical to the world economy, Rockefeller gained wealth and power you can’t even imagine.

Rockefeller Center in Manhattan (which he built during the depression to give people jobs) and many other American landmarks still bear his name. 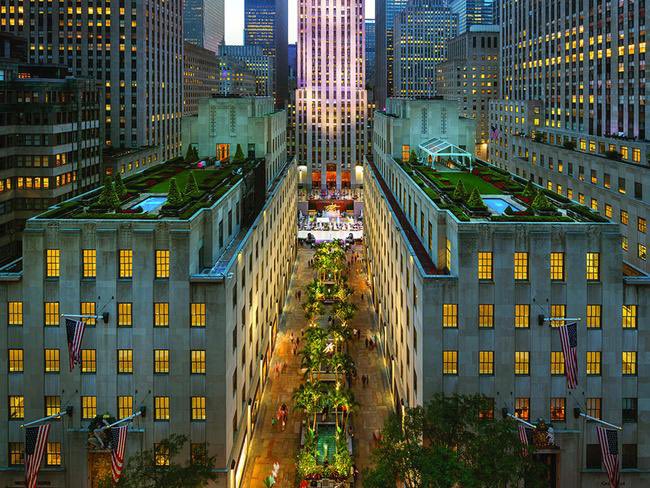 But Standard Oil got too big and powerful for its own good.

In 1911, the Supreme court ruled that Standard Oil must be broken up in a landmark anti-trust case.

All these companies and more came from Standard.

THATS how big it was. 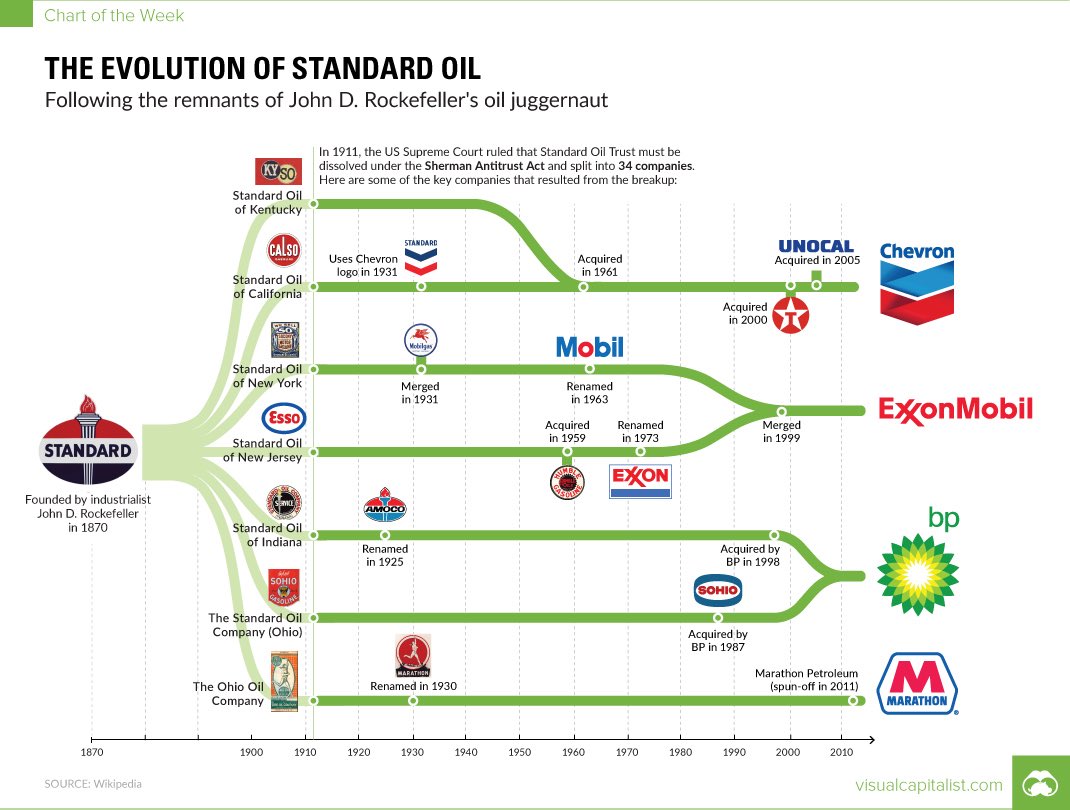 But when I visited Rockefeller’s mansion in New York, I saw something unexpected:

an electric car, with 80 miles of range!

Rockefeller knew the power of oil to transform the world.

But he also knew something bigger was coming: the electric car. 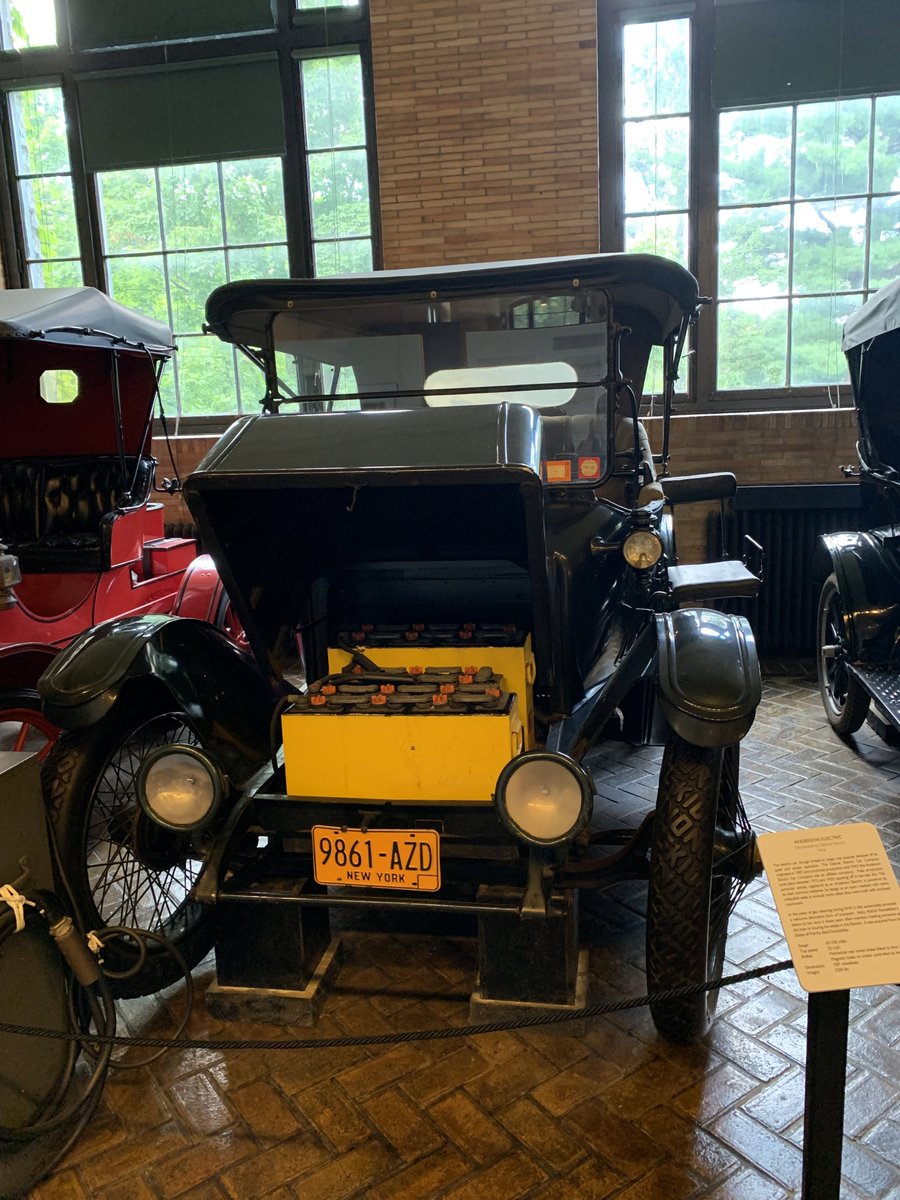 But then the Musk family arrived in America.

Just as Rockefeller made oil power mainstream, Elon made electric power and batteries easy to use for anybody at Tesla. 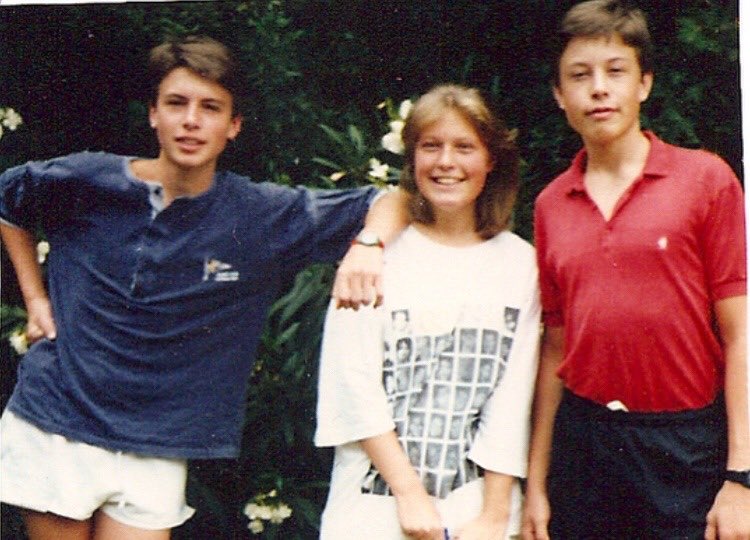 It’s been a long and difficult road. But today was a special day.

Today, Tesla’s valuation passed that of Exxon-Mobil — one of the largest remaining pieces of Rockefeller’s empire and legacy.

Soon, Tesla will be worth more than all the defendants of Standard Oil combined. 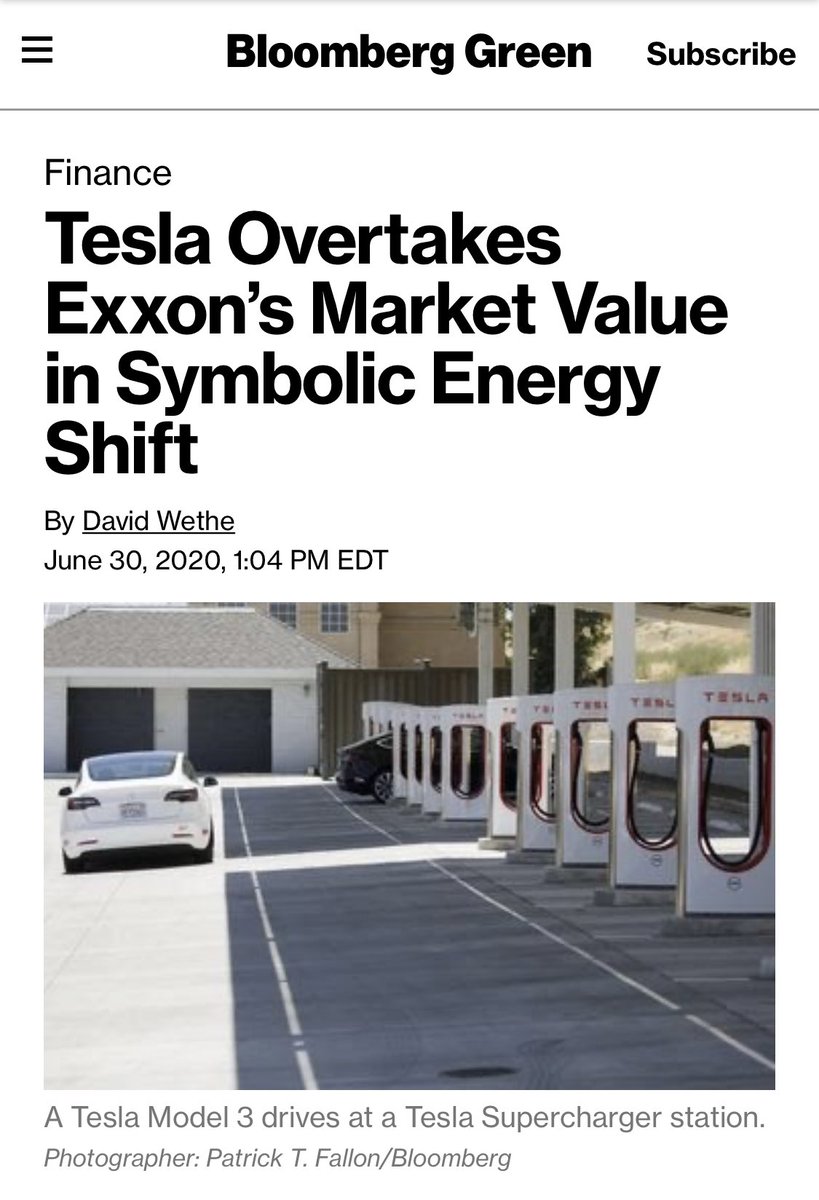 It’s been a long time since Rockefeller revolutionized the world of energy, and gas stations and oil are now viewed as a natural part of life.

It’s easy to forget the impact of innovations in energy.

But Elon Musk is here to remind us what that impact can be. 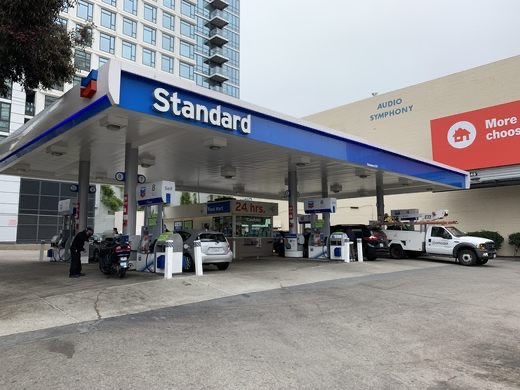 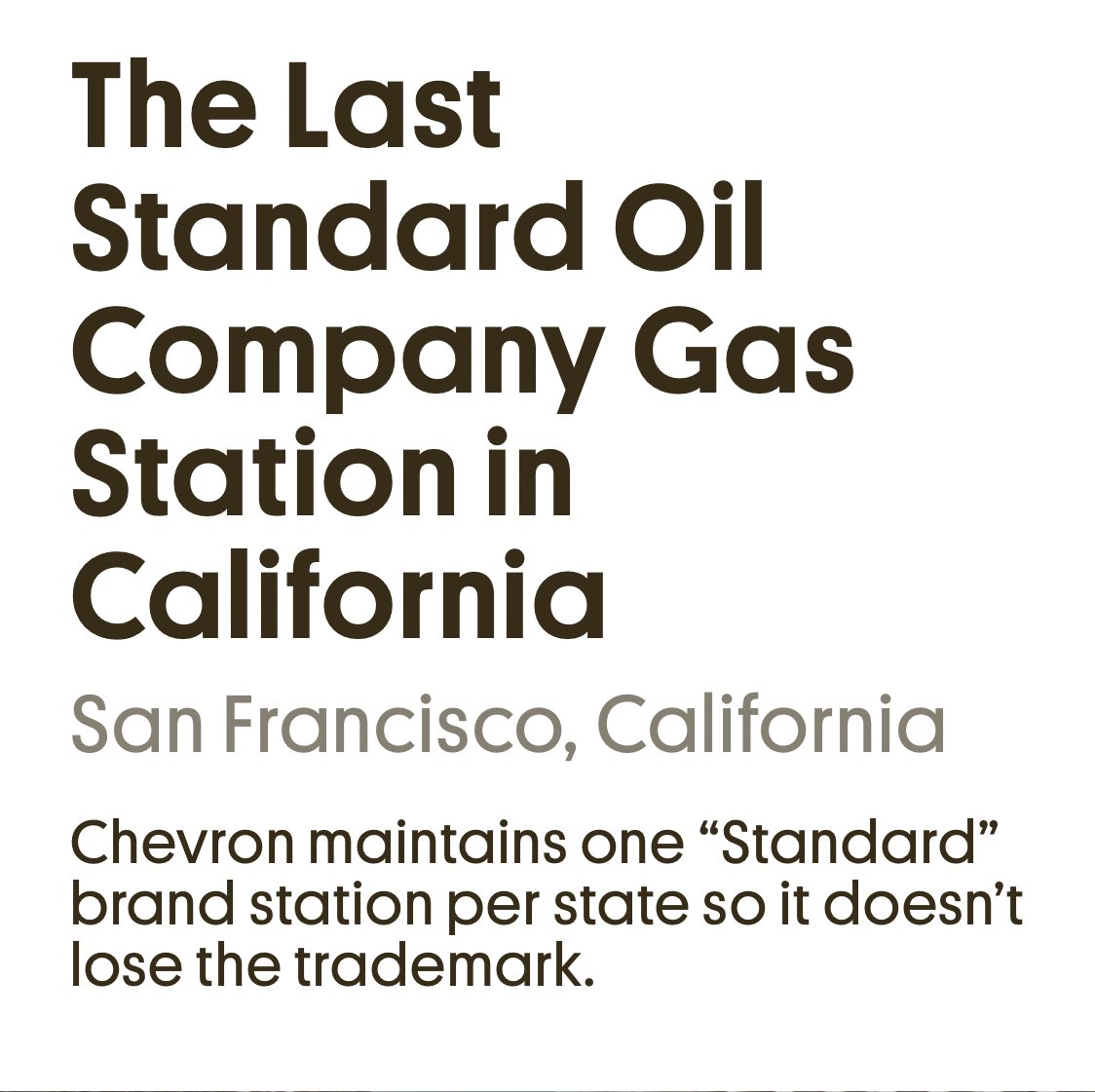 The electric revolution will be bigger than the oil revolution.

And as for @elonmusk? Well, I guess that makes him the modern-American version of Rockefeller.

I bet Tesla will grow to be more valuable than every oil company on Earth — combined. 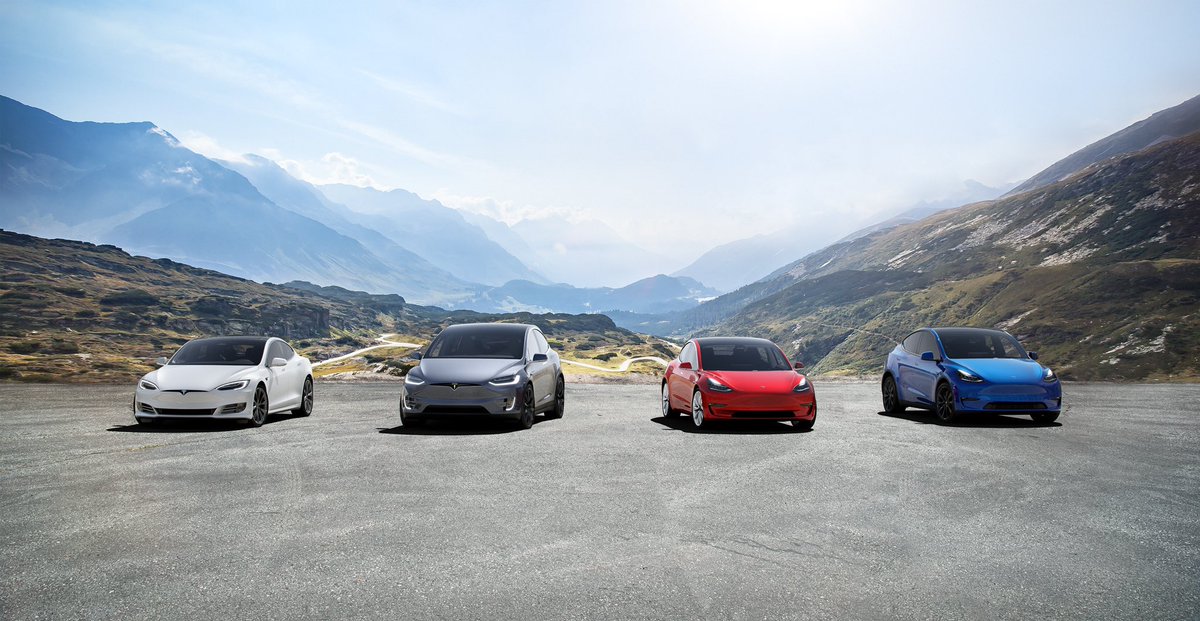 You can follow @WholeMarsBlog.
Tip: mention @twtextapp on a Twitter thread with the keyword “unroll” to get a link to it.