Read on Twitter
$NKLA $NKLAQ
Okay, here we go again. I dig deep into the SEC filing of Nikola and found some interesting things included.
[Thread]

So, the semi-truck is a concept vehicle and Volvos and Daimlers vehicles are already real?

No, it's not because of any entry barriers, but because FCEVs are dumb!

You can easily use BEVs for short- and long-haul. The semi has an announced range of 500 miles. Actually we know, that performances are better, when the production of the vehicle is ramping up.

This graphic actually shows why FCEVs are dumb, because there are so much stations added. Overall efficiency of BEVs is 73% and of FCEV only 22%. So you need a minimum of 3x more energy to drive the same mileage with a FCEV compared to a BEV. 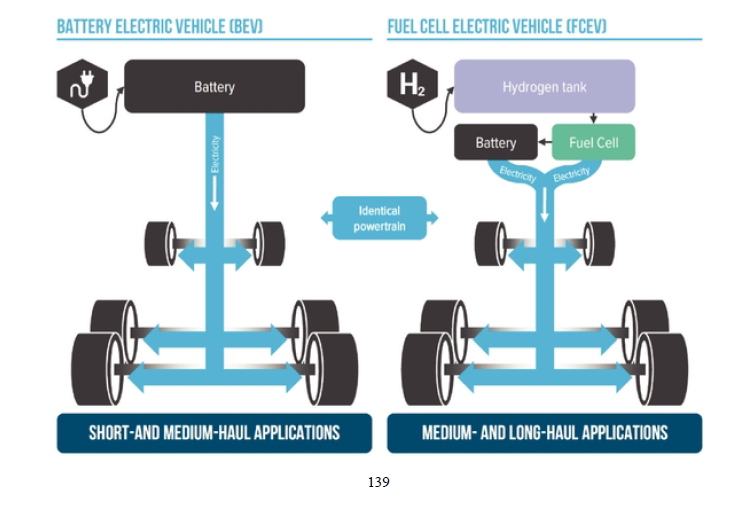 So the Nikola Tre will also have a FCEV version? Never heard of that and I really think that's not really logical. They add more and more versions/vehicles.

Sell it directly to customers? In every Interview Trevor stated that they would use the dealership-model!

What I know: E-commerce is growing really fast and the demand for the trucking industry is growing fast with that. There are less and less people wanting to be truck drivers so we need autonomy in this industry!
147,000 trucks for the US and 14,700 for Europe daily. Especially because of the growing demand and with autonomy that is not enough to support a major amount of the trucking industry. This infrastructure also costs a lot more than just chargers, because you have to do...
a lot of maintenance. Also this wording with "up to" makes me wondering.

But let's go on:
Now it get's hilarious: "Strategically selected customers" means something like "big companies"! So if you are a little company only ordering a few trucks it is very difficult for you to have a hydrogen station on every route you have.

Why ist that so?
It will mostly be so, because one of those refueling stations ("little" version) costs 10 to 30 million dollars!
"believes" (haha, funny) | There is a big difference between coverage of freight corridors and having the ability to supply the demand for those corridors.

So, as stated in a lot of interviews, they want to power their hydrogen stations by the peak loads that are normally just waiting.
Storing this energy in grid-scale megapacks is much easier, safer and more efficient!

[conclusion]
This SEC filing is full of assumptions, "ifs" and "coulds".

Most of the information in this filing is consistent with the statements. We also see the same mistakes always made by Trevor considering physics of FCEV vs. BEV.
[Not finished yet]
You can follow @ShadowMusk.
Tip: mention @twtextapp on a Twitter thread with the keyword “unroll” to get a link to it.