Read on Twitter
Contemporary popular media criticism in a nutshell: Journalism is failing because it embraces advocacy over accuracy but also I'm having a hard time finding journalists who overtly advocate my preferred ideology. 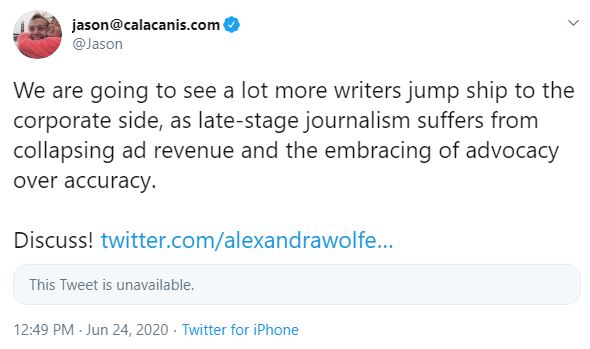 If I've learned anything over a decade plus of writing online, it's that the people who most loudly bemoan the media's ostensible loss of "objectivity" and descent into "bias" and "advocacy" are invariably just looking for bias and advocacy that lines up with their views.
How you know someone actually cares about bias in media: substantive critiques of factual inaccuracies, misleading framing, conflicts, etc.

How you know someone just doesn't like how coverage makes them feel: substance-free whining about bias and the decline of journalism.
You can follow @Tweetermeyer.
Tip: mention @twtextapp on a Twitter thread with the keyword “unroll” to get a link to it.