Read on Twitter
[Theory of imaginary progress]
I do not know if you ever thought about this, but we are in a phase were there are really few people that really accelerate progress.
We see a lot of 3D renderings, but that's not progress. It's just a concept.
[Thread] 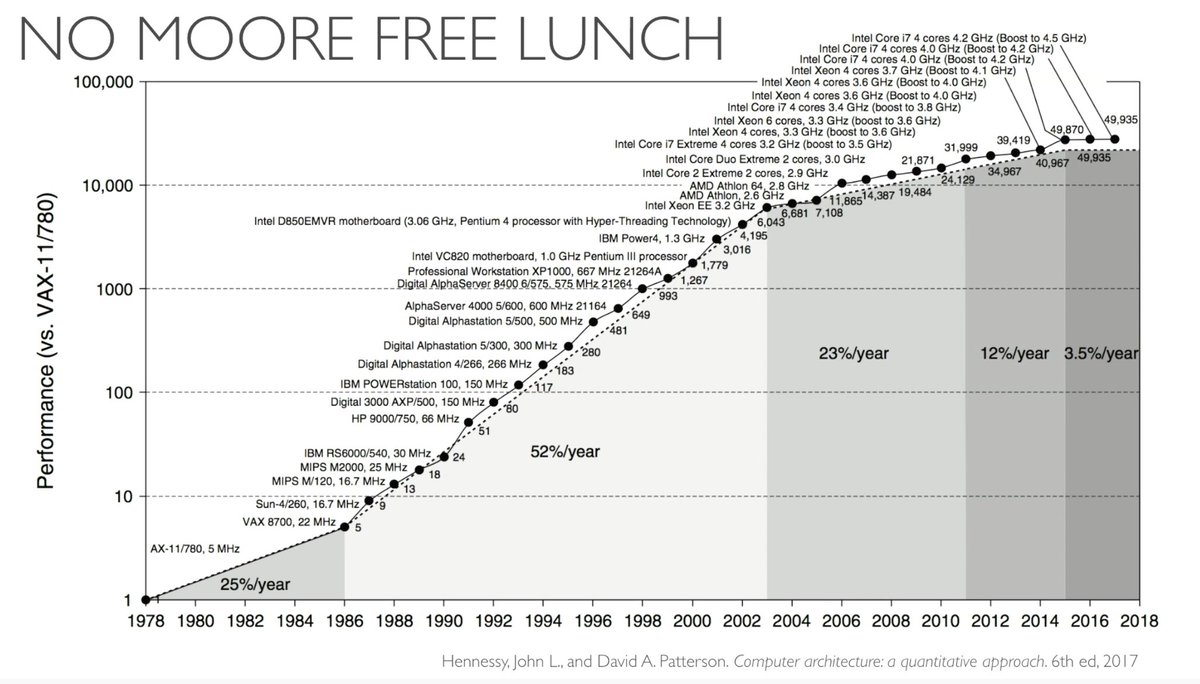 Right here is one of the most convincing arguments for that theory. We see slowing yearly progress. Why?
Because they do not see a need to innovate. They'd rather make more profit than investing it in innovation.
Which big innovative company came up the last three years? Do you know a single one? I don't.

Startup founders give away so much of their shares of their own startups that of course also motivation is not so high.
Europe is also a problem, because there is no innovation coming from Europe.
In total under the 100 most valuable companies we have only 21. For comparison: There are 53 out of 100 US companies! And considering economy US and Europe are very similar and Europe even has...
a higher population than the US.
Every single one of those European companies was founded before the year 2000 (a lot of fusions)!

But is that a sign of imaginary progress? A little bit.
We are in a time where keywords like genetics/fintech/AI/nanobots/robotics/automation and a lot more are used fairly often, but nothing is really done.

I do not really see progress. I see concepts and also Startups, but either they go bankrupt before bringing...
something on the market or they never expand, because the lack of venture capital.

Another thing is, as @elonmusk explained it on JRE, that there are less and less people who study engineering and far too much for useless bullshit.
The land of investors themselves is problematic. Most investors want fast returns on their investment, but also often lack the willingness to go into higher risks (which is contradictory).
We are in a time where investors want to make more money not for a real purpose, but..
for some crazy thoughts in their minds.
But the biggest thing might be the following:

We lack the goal. We, as humanity, don't have a goal. Remember the space race?
It started in 1955. Just 14 years later the first astronauts landed on the moon. For the time after the biggest and deadliest war of human history and the very basic technology there was, that was a really big achievement for humanity!
Who started a new space race? Elon Musk.

Do we have some kind of goal right now? No. Sadly we do not. We should have. Everybody in the world should be at the economical and technological level of the western hemisphere.
But everybody just cares about themselves. Complacency everywhere. Egocentrics everywhere.

And the next things slowing down progress are coming faster than you might think: climate change, global political problems and new political movements.
Now, how can we solve this problem?

As Elon Musk famously said:
"If something is important enough you should try it even if the odds are against you"
Also try to invest with moral! Invest in innovative companies and don't support bad companies just because of money. That's egocentric, nothing else.

You can follow @ShadowMusk.
Tip: mention @twtextapp on a Twitter thread with the keyword “unroll” to get a link to it.