here's a thread of a few things i've learned

turn on post notifications for someone big in your niche. For MB that person is @elonmusk

each time they tweet, be one of the first to respond

this interaction below got 300K+ impressions 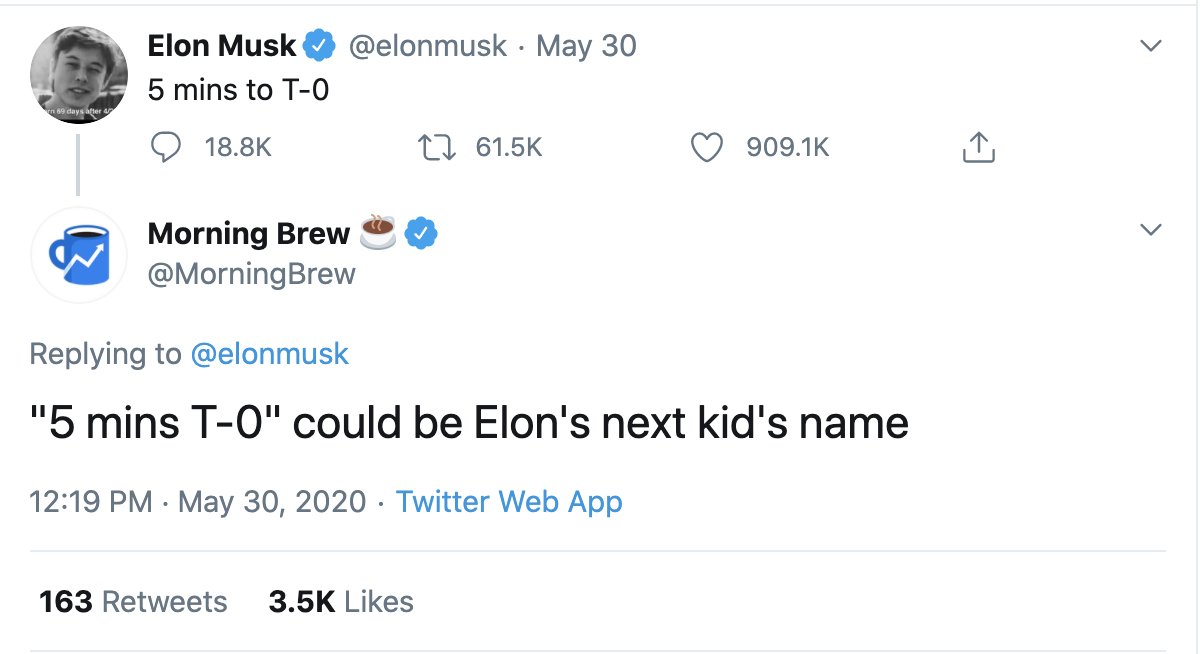 2/ Double down on "voice" in comments section

MB has a very specific voice

on twitter, i wanted to turn that voice up a couple of notches

in twitter responses i turned it up even more

3/ When it comes to memes, invest in tools

I know @JJWatt is a fan of the Brew.

got a RT and tons of exposure 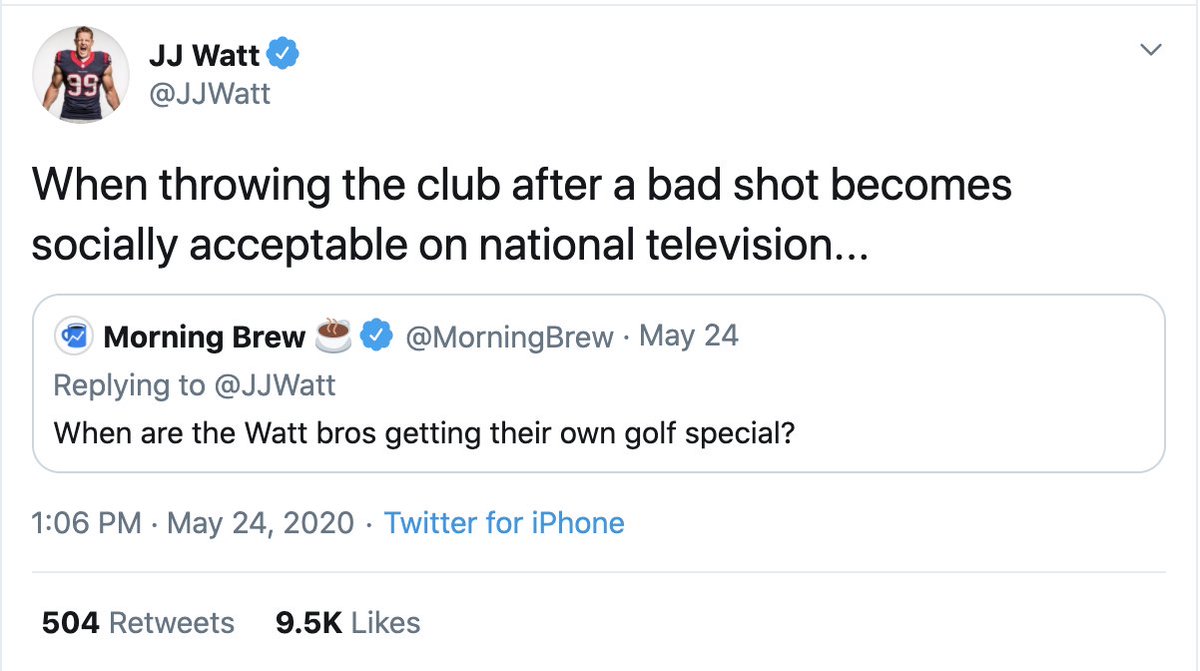 plus the data backs it up: only 2 of our top 25 tweets contained emojis
7/ For giveaways, low lift is better

(also emoji's in giveaways are okay in my book) 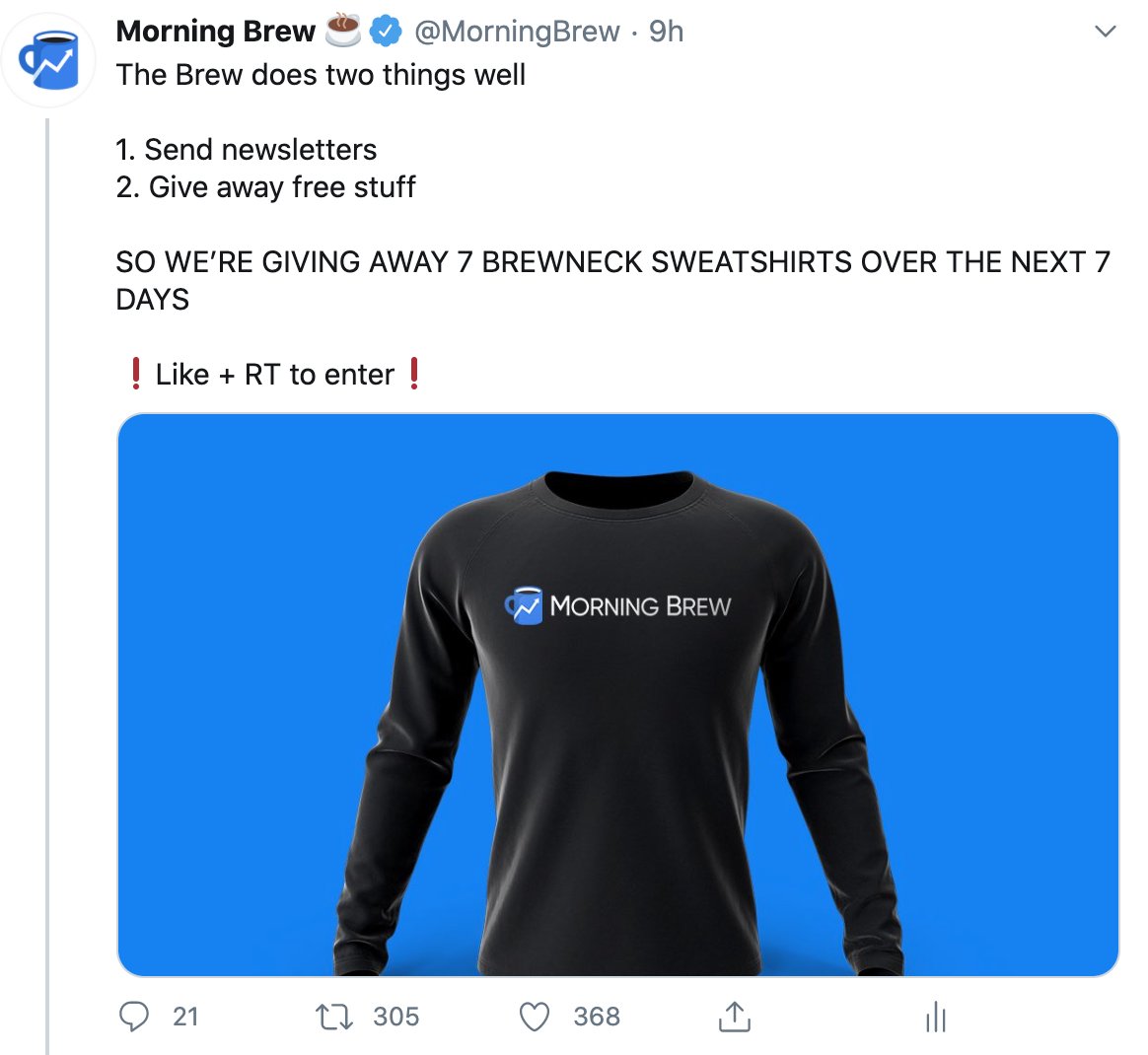 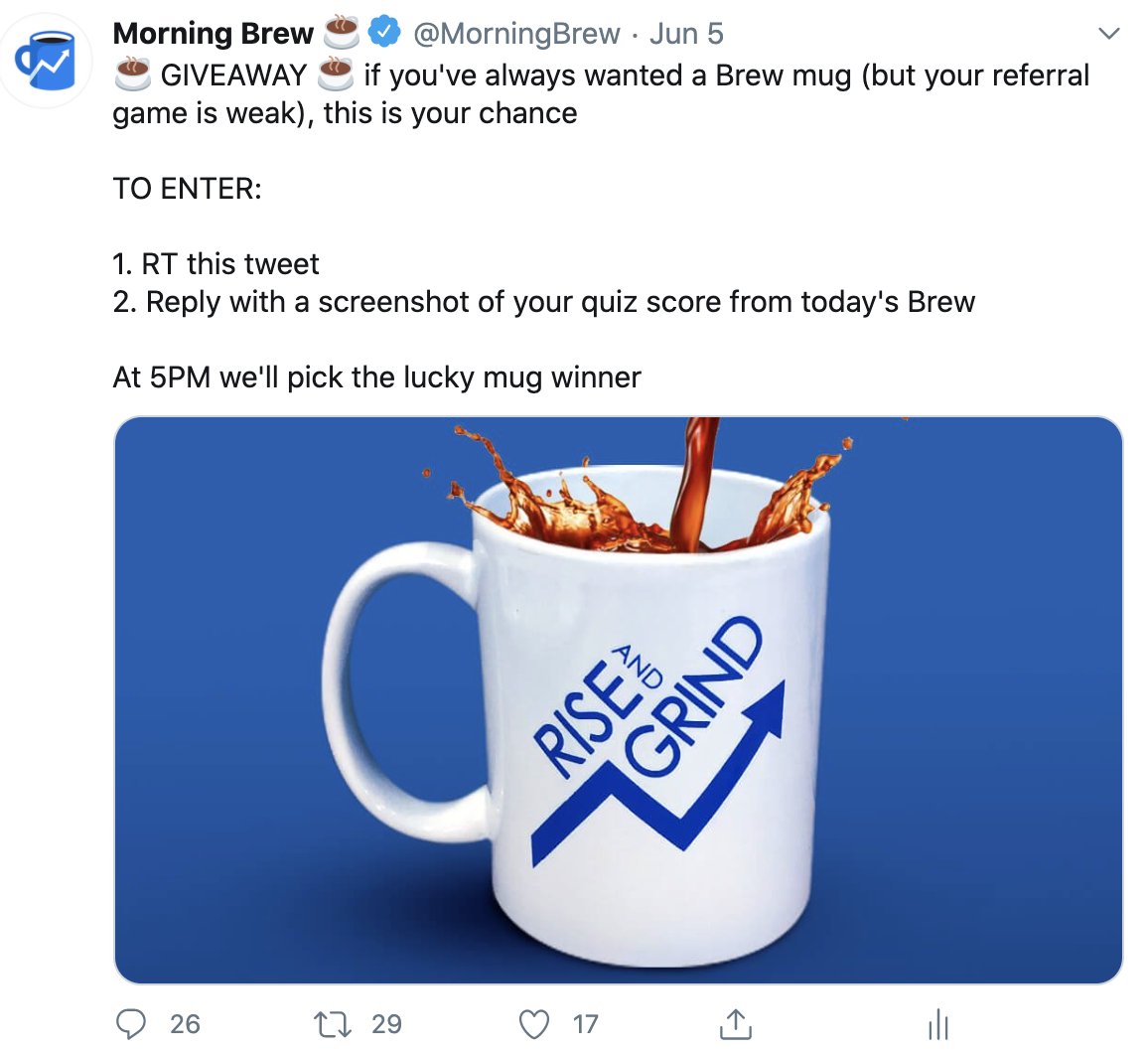 @andrewyang did this with the

im working on doing this with the "

when you run into another

9/ When it comes to the hard stuff, be genuine

so i leaned heavily on @MorningBrew leadership for guidance

without as much accuracy as you can muster

and eventually you'll hit the bullseye

You can follow @tobydoyhowell.
Tip: mention @twtextapp on a Twitter thread with the keyword “unroll” to get a link to it.