Read on Twitter
Larry Bacow just sent out this "I believe" email about loving the American Dream or whatever that doesn't make any mention of the ways that Harvard has specifically profited from the enslavement and exploitation of Black people, nor what reparations he intends to pay. 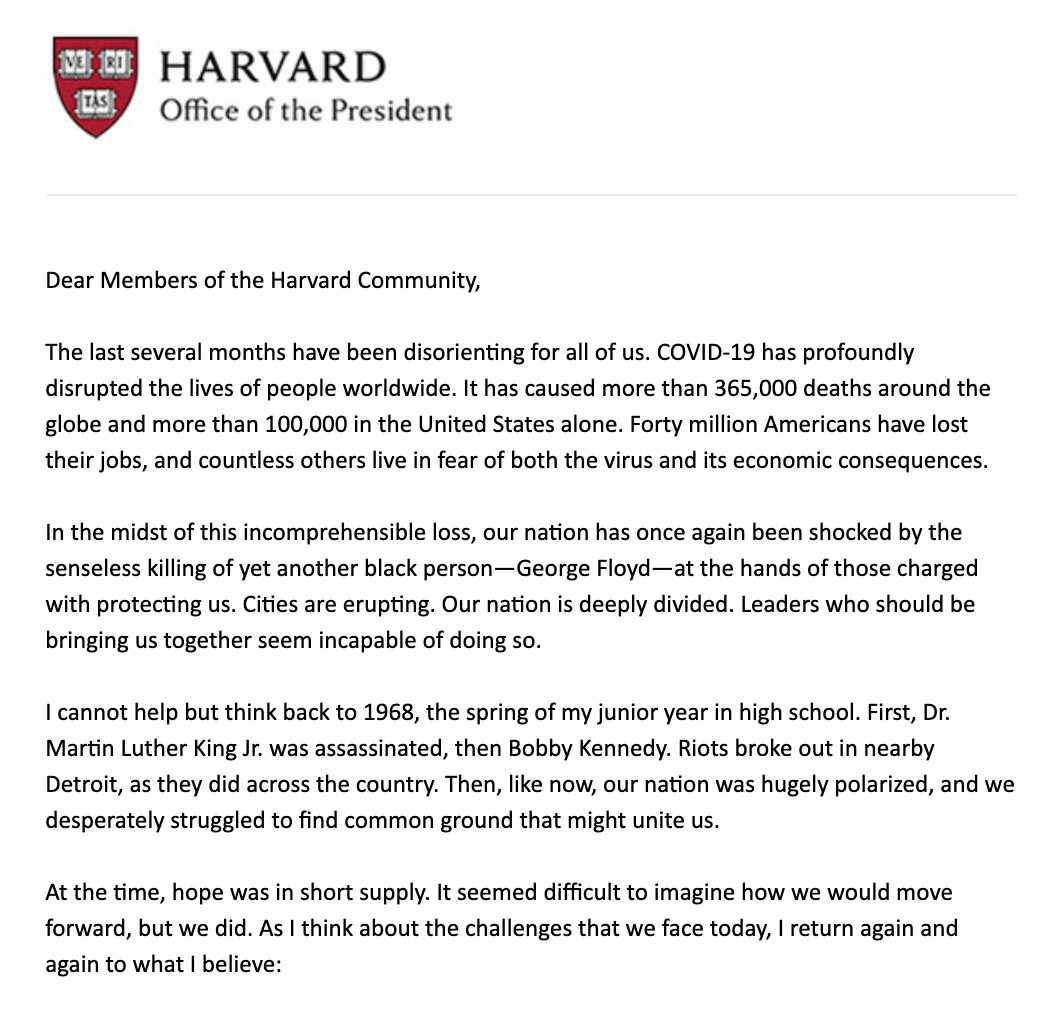 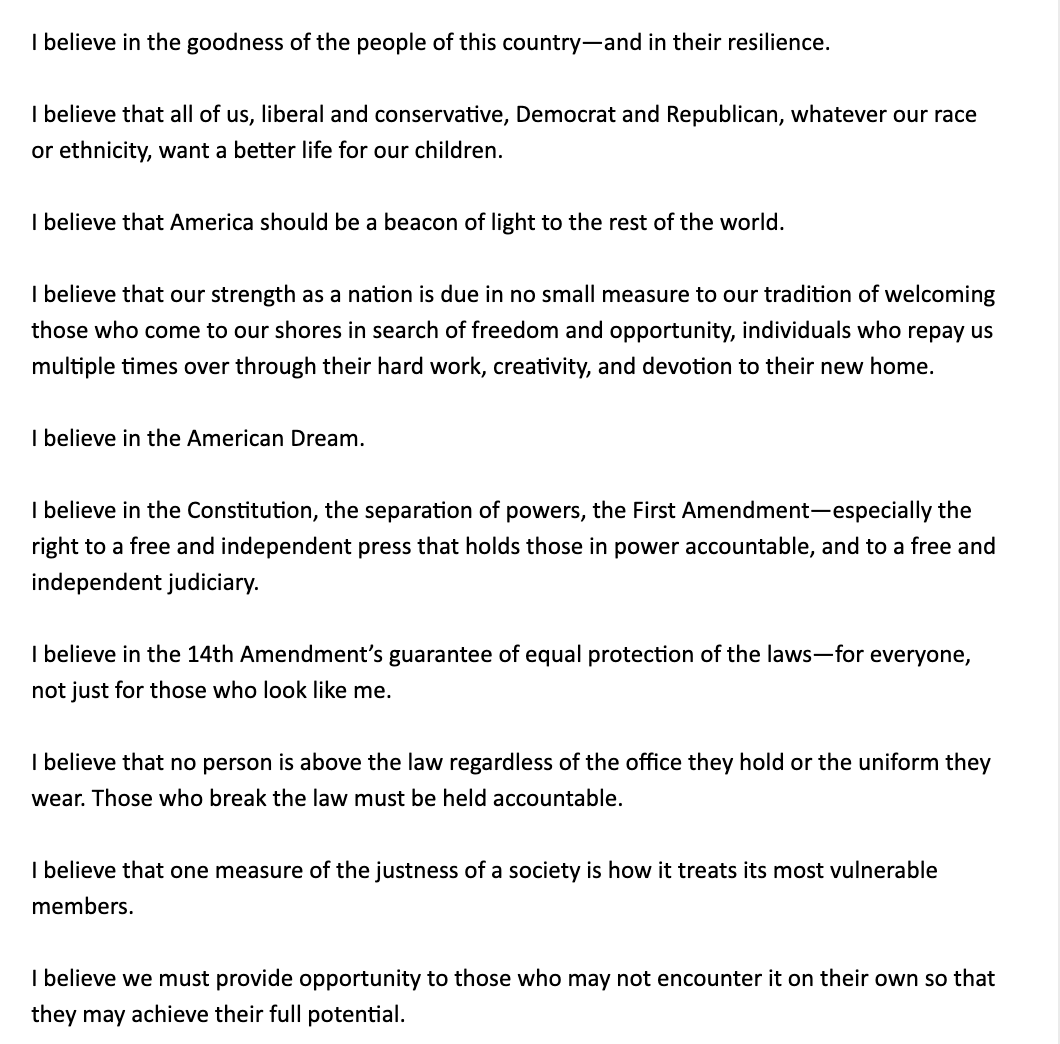 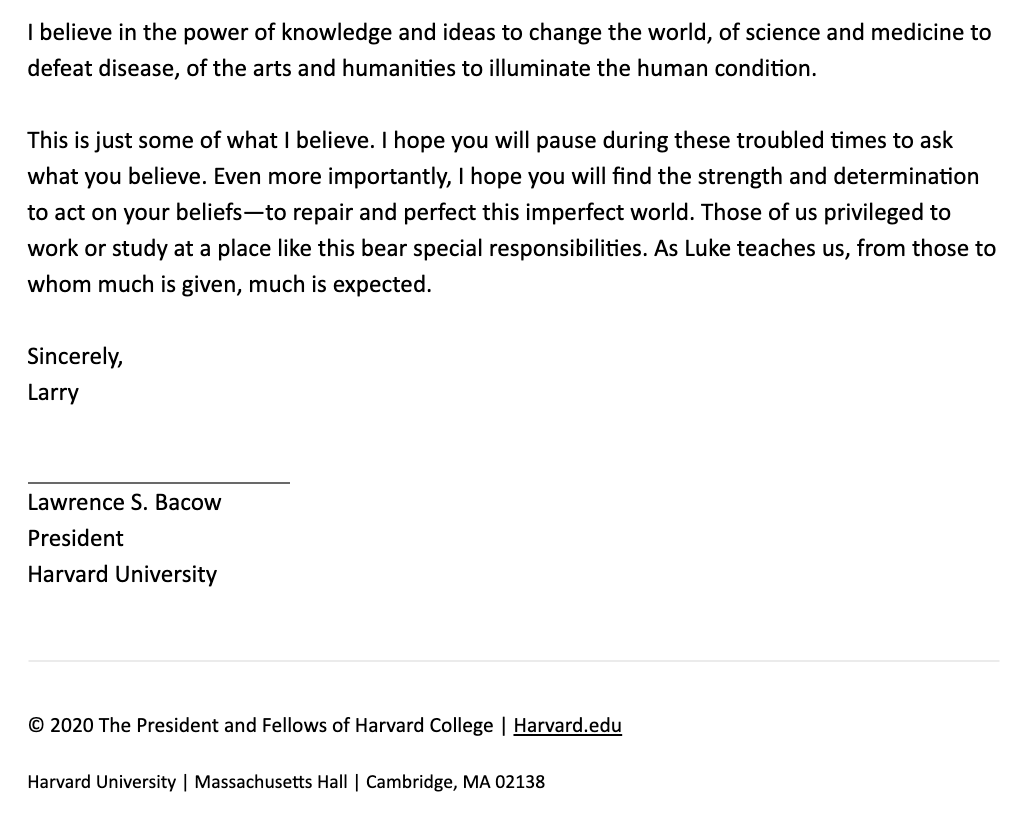 I know Harvard invested its endowment in slavery-related industries.

I know that affiliation w/Harvard subsidized slave ownership by its faculty through tax exemptions.
I know that Harvard faculty dissected the bodies of Black people in the service of race science.

I know that Harvard has ignored the calls of @HarvardPDC, @Free_Renty, and other coalitions that have asked the institution to do better.
I know that Larry Bacow lives at Elmwood, a house built by Antiguan sugar planter Thomas Oliver in 1767 and inhabited by at least 11 enslaved people: 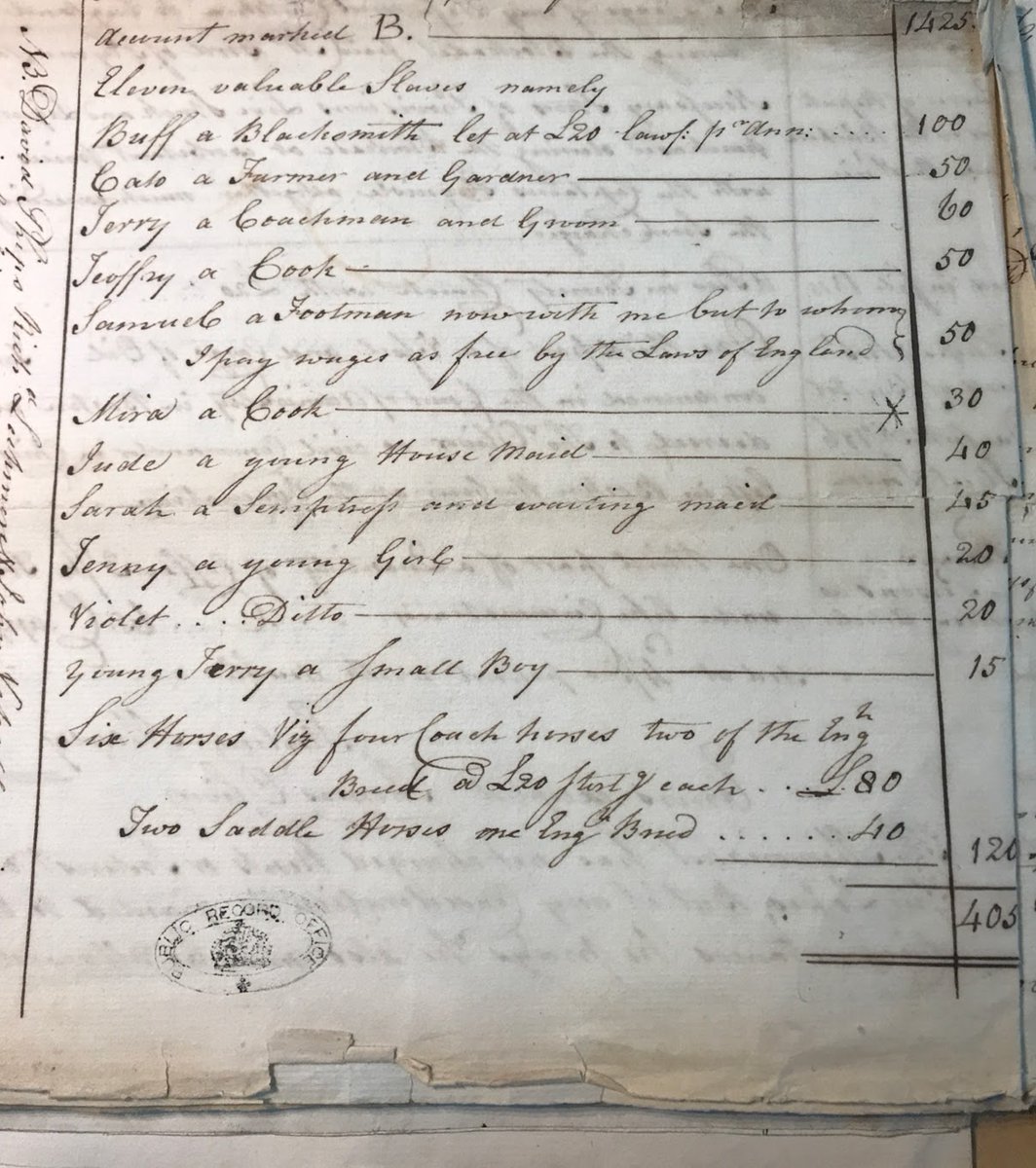 More mail from @Harvard President Bacow. The university is celebrating Juneteenth! Not by, like, committing to reparations or anything. Just celebrating in a ponder-y sort of way. 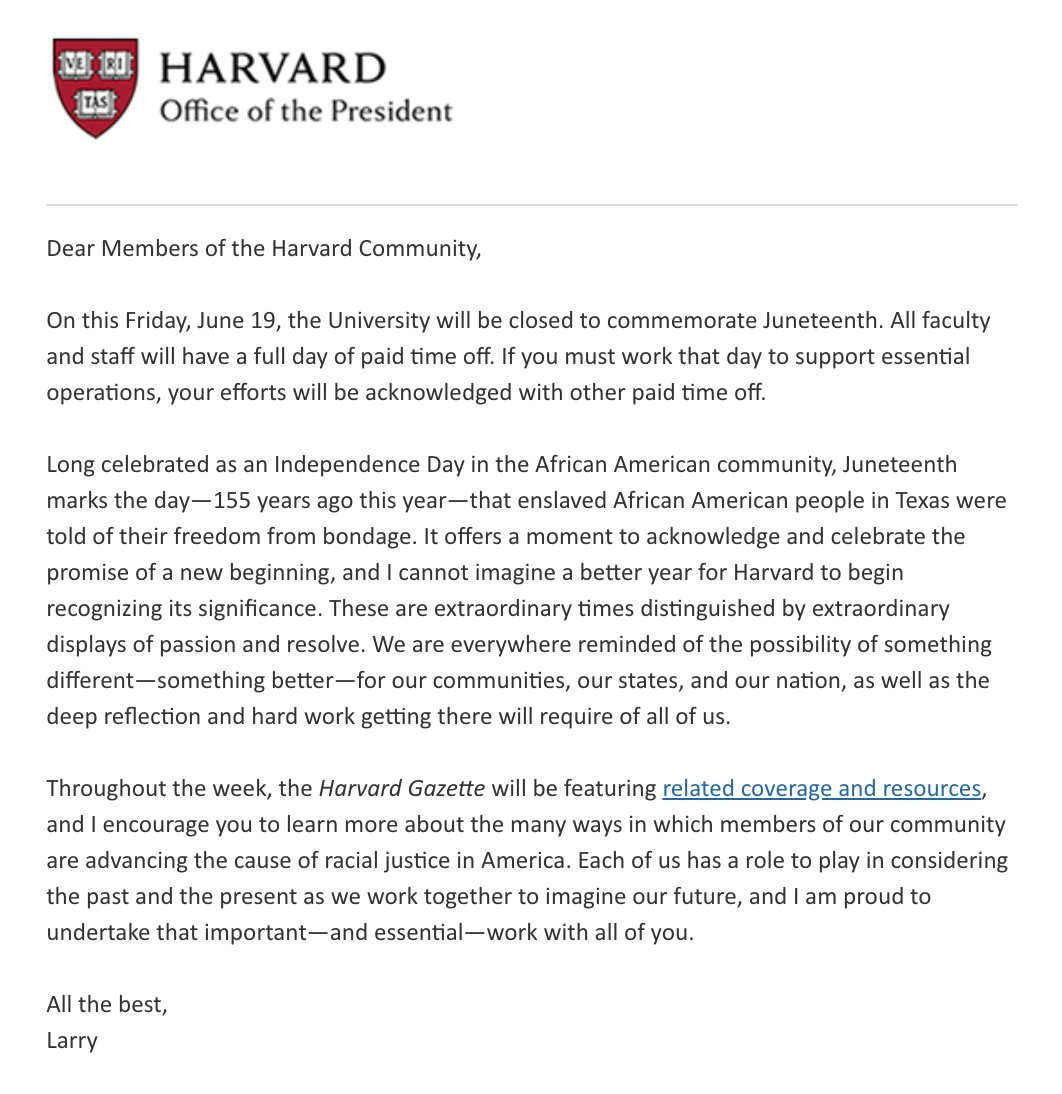 Some ways Harvard could celebrate Juneteenth:

- stop ignoring the calls for reparations from the government of Antigua

- stop delaying reparative action with endless, aimless study
- partner with HBCUs to attract and administer federal grants in order to support the financial viability of HBCUs and support HBCU students and faculty

- invest in projects like the HBCU Green Fund to help HBCUs maintain financial stability and independence
You can follow @cgdhopkins.
Tip: mention @twtextapp on a Twitter thread with the keyword “unroll” to get a link to it.