Read on Twitter
Years later, and @elonmusk is still dodging these questions. https://twitter.com/BlackSocialists/status/993007294978895872

@UnevenEarth published a 1978 speech from Murray Bookchin (see here: http://unevenearth.org/2019/10/bookchin_doing_the_impossible/) that, in retrospect, serves as the perfect response to @elonmusk asking us about our “utopia.”

Below are some relevant highlights from it... 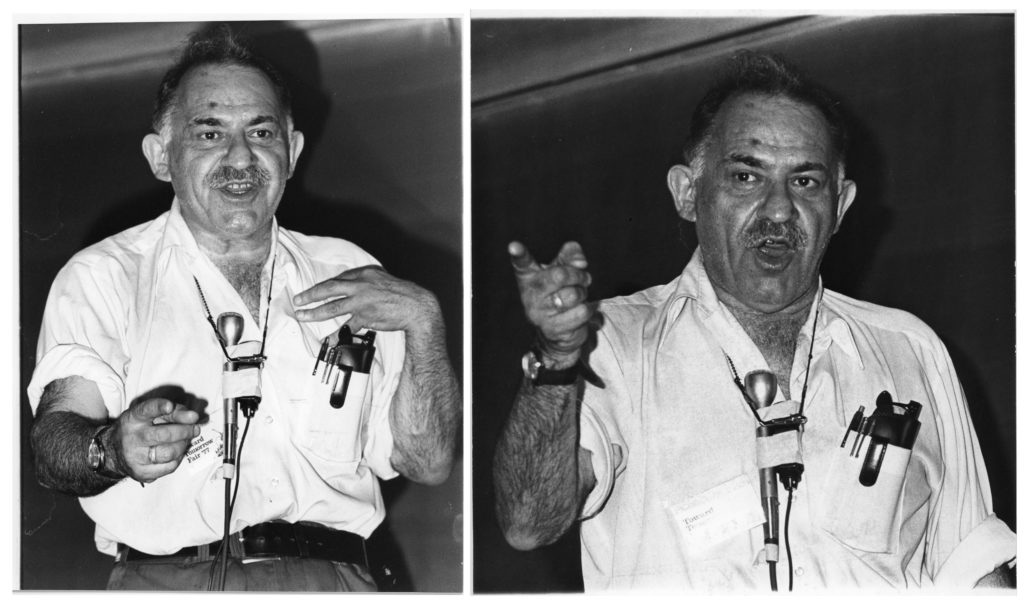 “The simple fact is, I just don’t believe that we have to extend the present into the future.

We have to change the present so that the future looks very, very different from what it is today.

This is a terribly important notion to convey.”
“So a lot of people are walking around today who sound very idealistic. And what do they want to do?

They want multinational corporations to become multi-cosmic corporations [laughter from the audience] – literally!”
“They want to bring them up in space, they want to colonize the Moon, they can’t wait to go to Jupiter, much less Mars.“
“They’re all very busy, they’re coming around, they even have long hair and they even have beards, and they come around and they say, ‘Oh, I can’t wait to get into my first space shuttle!’ – that is the future.

This is regarded as ecology and it’s not ecology.

It’s futurism!“
“It’s what Exxon wants to do.

It’s what Chase Manhattan wants to do.

It’s what all the corporations want to do.

But it is not utopia, it is pure futurism.

It is the present extended into the future.”
“A mass society, and how do we keep in touch with each other?

We don’t even have to look at each other.

We’ll look at television screens.”
“I’ll press a button, I’ll see you on the television screen, you’ll be on Mars, for all I know, and we’ll have a wonderful conversation with each other, and we’ll say, ‘Gee whiz! We’ve got an alternate technology!’

The point is it isn’t a liberatory technology.”
“I may know people in the future for years and years – play chess games with them, have interesting intellectual [convos] with them – and never touch them once.

If that is what the future is going to look like, I’m glad I’m fifty-seven years old and don’t have that much to go.”
“So this is the language of futurism, and the language of electronics, which reflects a very distinct sensibility, that bothers me very, very, much.

It is not utopian – and I’ll get to that afterwards – it is the language of manipulation.

It is the language of mass society.”
“Most futurists start out with the idea, ‘you got a shopping mall, what do you do then?’

Well, the first question to be asked is, ‘why the hell do you have a shopping mall?’

It is not ecology.”
“The most fundamental mistake begins with the idea that things change.

Now, you know, to change may mean something or may mean nothing.

It is not ‘change’ that I’m concerned about.

To develop is what is really ecological.

To change can mean anything.“
“The question is, what is the end toward which you want to develop?

What is the goal you’re trying to realize, and then, afterward, whether or not you have developed to that goal.“
“So mere input and output and feedback, mere motion means nothing – the real problem is discussion and dialogue, recognition of personality, growth and development, which is what biology is concerned with.

It is not concerned merely with change.“
“Ecology – social ecology – must begin with a love of place.

There must be home.

Oikos – home – ecology – the study of the household.“
“If we do not have a household – and that household is not an organic, rich community – if we do not know the land we live on [...] understand its soil [and] the people we live with, if we cannot relate to them, then at that particular point we are really in a spaceship.”
“Ecology must begin with a very deep understanding of the interaction between people, and the interaction between people and the immediate ecosystem in which we live.“
“Where you come from, what you love, what is the land that you love.

I don’t mean the country or the state, I’m talking about the land that you may occupy.

It may even be a village, it may be a city, it may be a farmstead.”
“... without those roots that place you in nature, and in a specific form of nature, it is a deception to talk about cosmic oneness [...] spaceships [...] even to talk about ecosystems without having this sense of unity with your immediate locale...”
“Without that community and without that sense of home, without that sense [...] of the organic and the developmental rather than the mere inorganic and ‘change’ in which you merely change place – you are changing nothing...”
“... the problems are merely amplified or diminished, but they remain the same problems.

It is for this reason that futurism today plays an increasingly very, very reactionary role, because it works with the prejudice that what you have is given.“
“You have to assume what exists today, and you extrapolate into the future, and you play a numbers game.

And then you go around and you logistically manipulate here and there, and implicit in all of this is the idea that you are things to be manipulated.“
“There are all kinds of technicians who are going to decide through their knowledge of electronics, through their ‘know-how,’ through their ‘feedback’ and their ‘input,’ where you go, what you should do...”
“You then finally reach the most sinister numbers game of all: who should live and who should die.

The terrifying lifeboat ethic, in which now in the name of ecology, today views are being proposed that are almost indistinguishable from German fascism.”
“There are those who are made to drown, they happen to live in India. Conveniently, they happen to have black or dark skin, and you can identify them. And then there are those who occupy another lifeboat, that lifeboat is called North America.“
“And in that lifeboat, you have to conserve what you have, you see?

Of course you’ll regret it, but scarce resources and growing population, what can you do?”
“You’re out there on the ocean, the ship is sinking, so instead of trying to find out what was wrong with the ship that makes it sink, and instead of trying to build a ship that will make it possible for all of us to share the world, you get into a lifeboat...”
“... just like you get into a spaceship, and at that particular point, the world be damned.

And that is a very sinister ideology.”
“Another thing that troubles me very deeply is the enormous extent to which social ecology or ecological problems are reduced simply to technological problems.

That is ridiculous. It’s absurd.“
“The factory is a place where people are controlled, whether they build solar collectors or not.

It makes no difference.

The same relationships will exist there as under any other circumstances of domination exist.”
“If ‘household’ means that women take care of the dishes, and men go out and do the manly work such as make war and clean up the planet, and reduce the population, where have we gone?

Nothing has changed.“
“What will a ‘spaceship’ on earth look like? What will it be? Who will be the general to give the orders, who will be the navigator to decide which way the ‘spaceship’ goes?”
“‘Imagination to power,’ as the French students said.

‘Be practical, do the impossible,’ because if you don’t do the impossible, as I’ve cried out over and over again, we’re going to wind up with the unthinkable – and that will be the destruction of the planet itself.“
“So to do the impossible is the most rational and practical thing we can do.”
“And that ‘impossible‘ is both in our own conviction and in our shared conviction with our brothers and sisters, to begin to try to create or work toward a very distinct notion of what constitutes a finally, truly liberated, as well as ecological, society.”
“A utopian notion, not a futuristic notion.”
“... real movements of the future insofar as they are utopian in their outlook [...] must be built [...] not between leader and led – but [...] student and teacher, so that every student can [...] become a teacher, and not a dictator, a governor, a controller, and a manipulator.”
You can follow @BlackSocialists.
Tip: mention @twtextapp on a Twitter thread with the keyword “unroll” to get a link to it.