🇯🇲 We Do Not Negotiate With Tourists ☭
SiggonKristov

Read on Twitter
I'm tired of seeing this clown do the minimum by speaking the obvious, then spouting vague optimism. https://twitter.com/blkahn/status/1111800246865141760

And honestly... fuck the Green New Deal and any clown who supports it. It relies on exploitation of cheap labour and destruction of the environment in Third World countries that won't reap the benefits of the resources they're producing.
I've spoken on these dynamics before. Where do all the fake environmentalists in the US think that Lithium is going to come from? Smoking weed? No, it requires mining. https://twitter.com/siggonkristov/status/781981639337385984

And yes, mining does need to happen, but the scale of mining needed to support replacing combustion engines with electric cars is ridiculous. The environment of countries that have these resources will suffer.
And when they talk about increased minimum wage, are the workers in the Third World countries going to be getting paid $15/hr? Nope, that would make this too expensive. Connor's mom needs to be able to afford that new electric minivan so he can get to soccer practice.
Am I suggesting that nothing should be done? No; I'm saying that American consumption is unsustainable in the first place. The amount of resources needed to convert America's grid to "green" sources of energy will damage the physical environment in other countries.
There should be less reliance on heavy fuels, but there should also be cuts in consumption. Whether fossil fuels or green energy, American consumption is unsustainable.

See here, we would need to be doing a lot more (like 1200%) mining of rare earth metals to manage a transition to renewable energy. Mining is associated with bad working conditions and destruction of physical environments (ecosystems, air quality, etc.) https://motherboard.vice.com/en_us/article/a3mavb/we-dont-mine-enough-rare-earth-metals-to-replace-fossil-fuels-with-renewable-energy
We Don't Mine Enough Rare Earth Metals to Replace Fossil Fuels With Renewable Energy

Rare earth metals are used in solar panels and wind turbines—as well as electric cars and consumer electronics. We don't recycle them, and there's not enough to meet growing demand.

https://motherboard.vice.com/en_us/article/a3mavb/we-dont-mine-enough-rare-earth-metals-to-replace-fossil-fuels-with-renewable-energy
But the problem isn't renewable energy itself; it's that renewables can't replace the currently ridiculously high level of energy consumption. We should go 100% renewable, but we need to cut energy consumption in order to be able to do that.
And there will have to be changes to lifestyle. The suburban lifestyle that some people enjoy isn't sustainable. We'll need more public/socialised transport and less private cars, and housing developments need to curb suburban sprawl. http://www.autolife.umd.umich.edu/Environment/E_Casestudy/E_casestudy9.htm
To the clowns saying that what AOC is pointing out isn't obvious to everyone... Even these rats know that market solutions won't work. https://twitter.com/theeconomist/status/1122142547802038272

Again, the Green New Deal won't work. We can't replace every combustion engine with an electric car. (Thanks @islacharlatan.)

Stop being fucking idealists and actually think about things before you propose them. https://twitter.com/Reuters/status/1124001725160067089

This speaks of cars specifically, which is important since plans like the Green New Deal want to replace all combustion engines with electric cars.

But even that aside, these same materials are needed for big batteries that store solar-generated energy https://twitter.com/GowerInitiative/status/1140158613983567872

Lithium mining is damaging the environment in the Andes. This will get worse with increased production of electronics and things like batteries for green energy infrastructure. https://twitter.com/jasonhickel/status/1165891200408260610

"I'm not sure that..." then why are you speaking if you're not sure, @ewarren?

The solution to our environmental problems isn't to find alternative ways to support the disgusting lifestyles of Westerners; it's to beat it into them (whether metaphorically or literally) that they are not entitled to those lifestyles.
Your plan sucks. https://twitter.com/BernieSanders/status/1198303715045920768

The high demand in Cobalt is killing workers and displacing families in the DR Congo. Cobalt has been used in mobile phones and is also used in making batteries for electric vehicles. What's green for the West isn't clean for everyone. 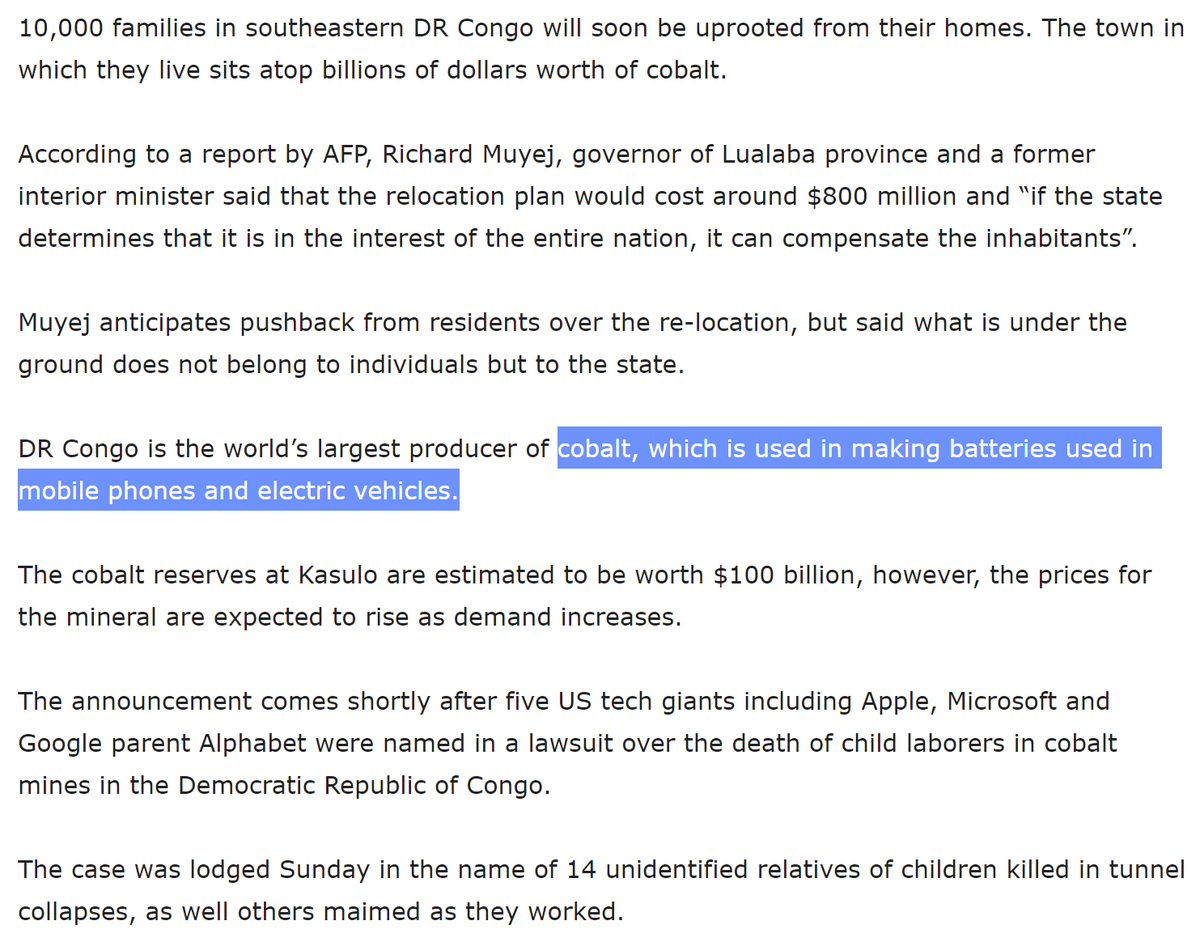 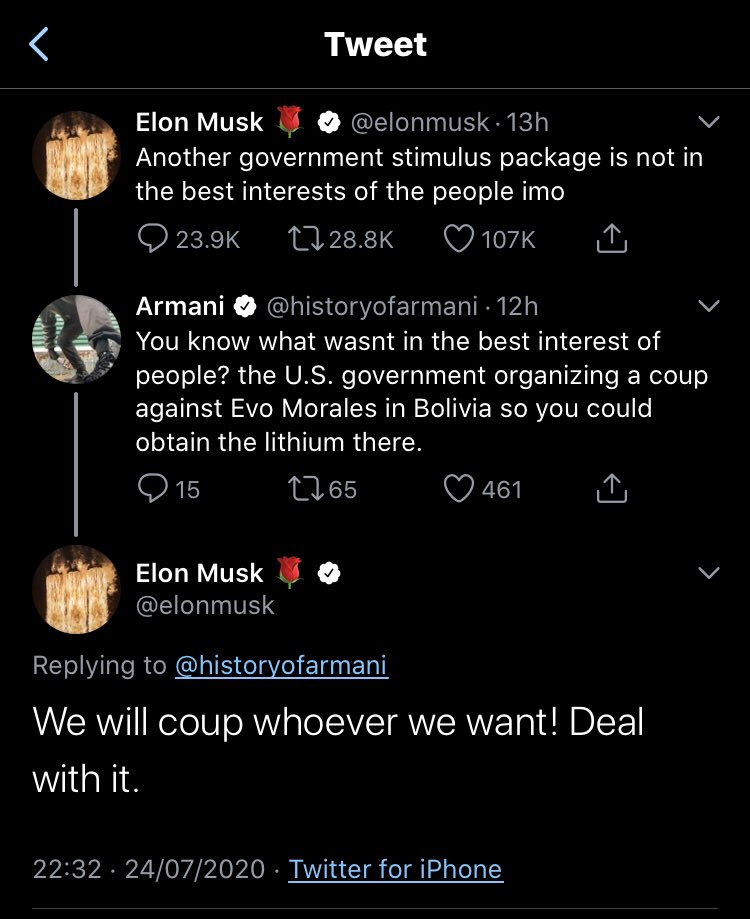 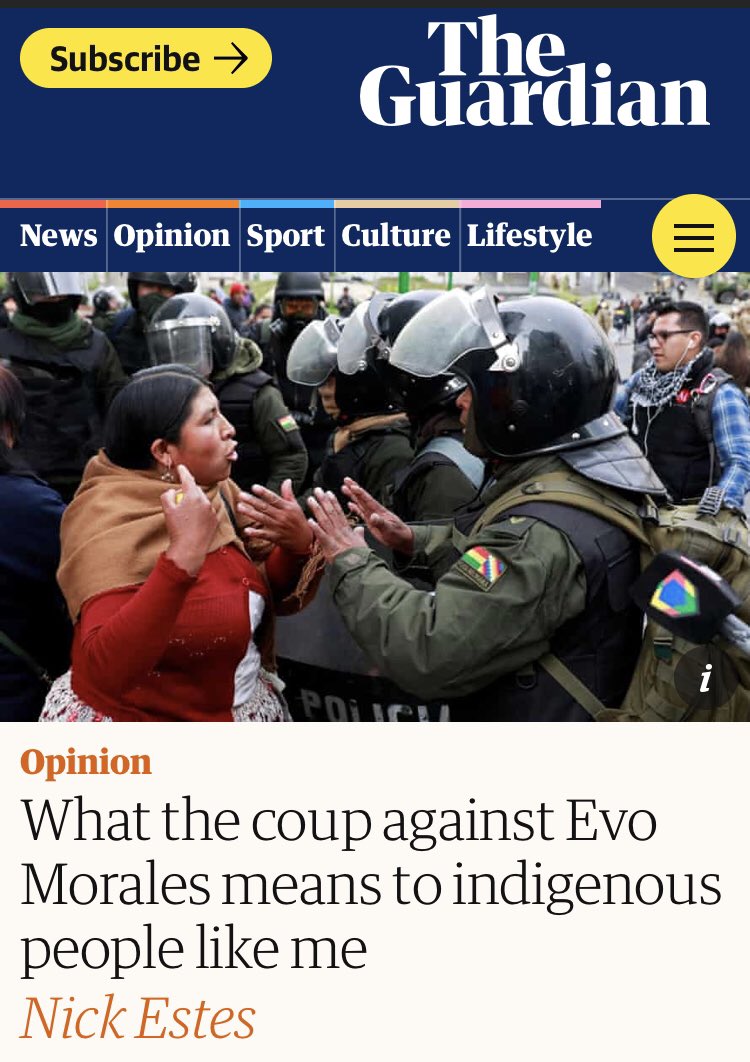 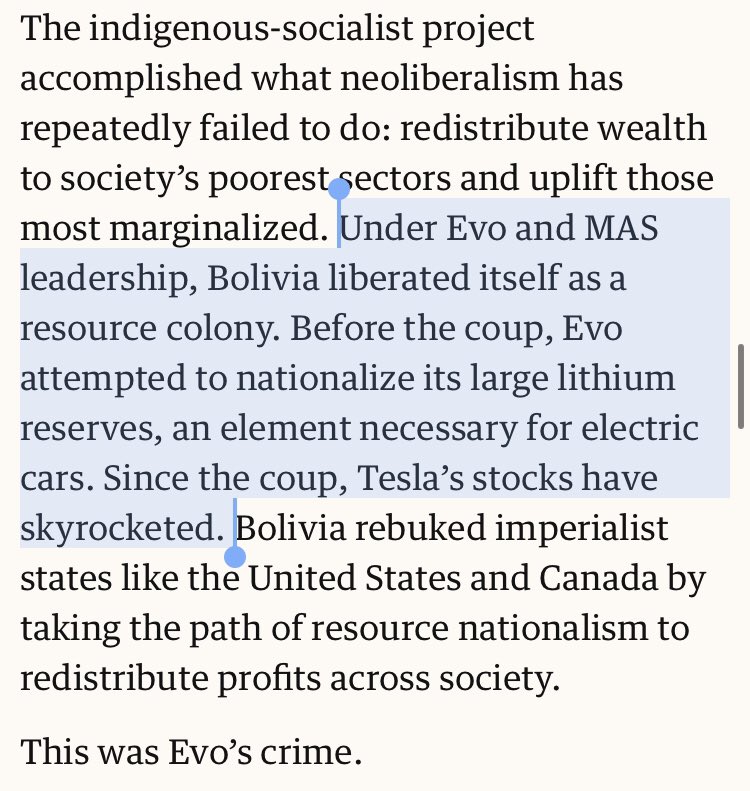 Btw, AOC met with supporters of the coup that happened in Bolivia. This is a politician whose career would benefit from the US looting Lithium to build more private electric cars.

These are persons who slandered and lied about Evo, and supported this new "transitional" gov't. 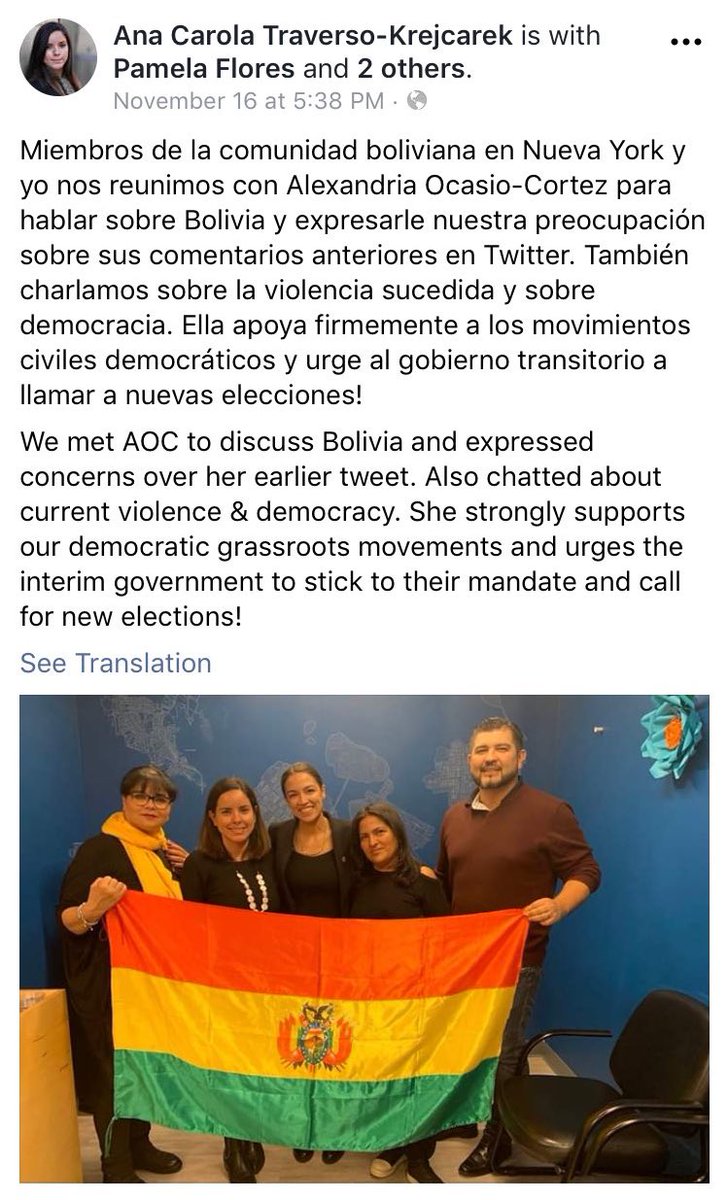 Again, a green economy will require us to change more than just our sources of energy. Consumers in the West don't care, as long as their land isn't facing the consequences of intensified resource extraction. https://twitter.com/jasonhickel/status/1289536774939844608

You can follow @SiggonKristov.
Tip: mention @twtextapp on a Twitter thread with the keyword “unroll” to get a link to it.