Read on Twitter
Whenever a game changing concept or technology comes about... 99% of folks disregard it, because the truth is... people by nature are followers. We're sheep. It's not a bad thing. We've adapted to that as it has ensured our survival.
$AMPL #AMPL 1/12
Sticking in a pack is safer then wandering alone. However, if the stronger/smarter members begin to accept or see the potential in this new technology, then it becomes quickly adopted by the rest of the pack. 2/12
Well, we have seen this recently with #Bitcoin

and #Ethereum. Initially viewed as a toy has captured the worlds attention. 9 months ago, it was laughed at but after a few comments from Paul Tudor Jones, @elonmusk, @michael_saylor, 3/12
and others we really see the herd mentality (evidenced by the 10-20x price movement). Now this leads me to a new concept… a very misunderstood primitive, #Ampleforth $AMPL. Wei Dai was a huge proponent of an Elastic Money. He opposed the “fixed supply of money” idea. 4/12 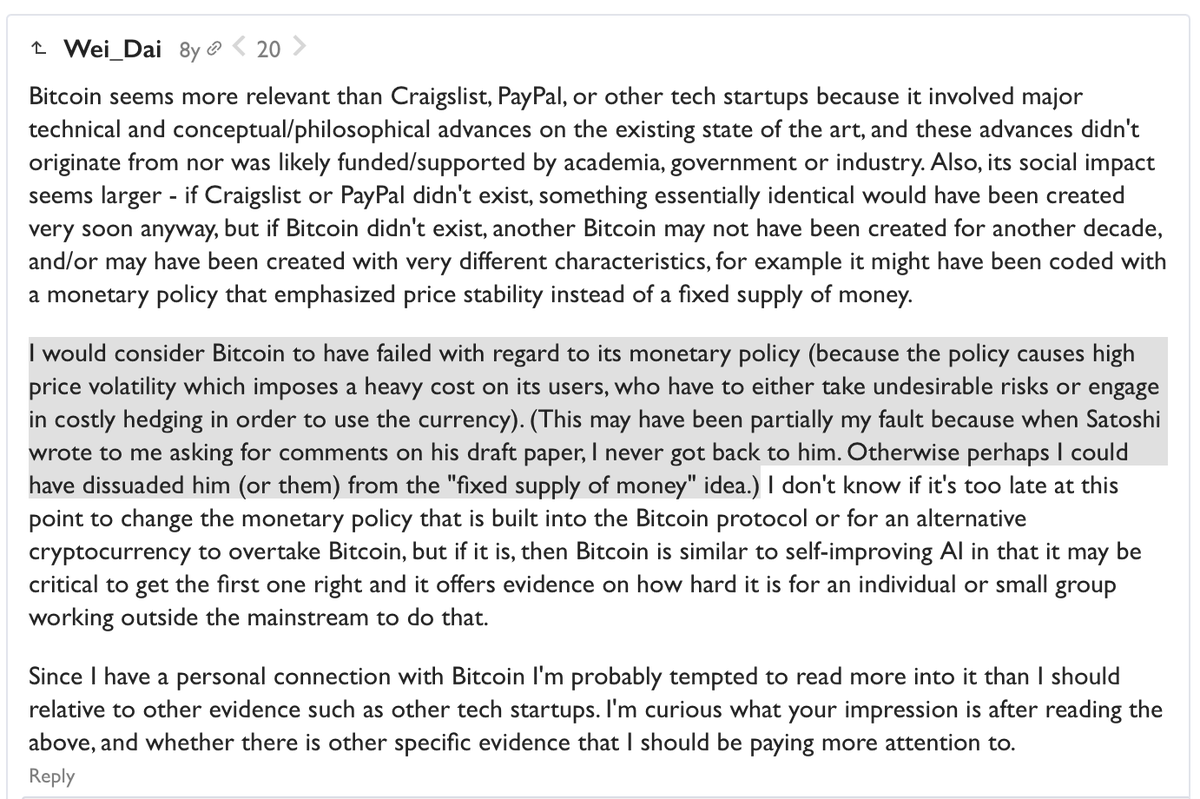 Even @nntaleb has come out today and has said “I've been getting rid of my BTC. Why? A currency is never supposed to be more volatile than what you buy & sell with it. 5/12
You can't price goods in BTC”. Imagine trying to price contracts in BTC Terms, you’ll end up paying magnitudes more over the life of the contract. 6/12
#AMPL solves this by having a price target. It still maintains its volatility. A lot of the ALGO stable coins completely miss this. They have this silly and purposeless goal of achieving absolute stability. Why are we trying to mimic the US dollar in a decentralized world? 7/12
We’re building a new decentralized financial system so why are we relying on the stability of an antiquated system. #DeFi needs better primitives. #AMPL is the better primitive. The beauty of the algorithm lies in its simplicity. 8/12
It’s for this reason it was the most copied coin of 2020 but the copies focused on the wrong thing. The focus on a rebase for the sake of the rebase- not realizing the rebase isn’t the point, but one tool to achieve #AMPL’s true aim as a unit of account, 9/12
a simple and elegantly designed primitive used to power crypto- scalable collateral to serve the #DeFi world and used to denominate contracts. #AMPL $AMPL 10/12
It’s the next logical step of DeFi. Wei Dai knows it, Ferdinando M. Ametrano knows it, Vitalik Buterin knows it, Neil Ferguson knows it, Taleb knows it, Brian Armstrong knows it… It’s only a matter of time till the world knows it. I personally think it happens this year. 11/12
“talent hits a target no one else can hit; Genius hits a target no one else can see" — Arthur Schopenhauer @evankuo #AMPL $AMPL @AmpleforthOrg 12/12
You can follow @amplwhalegod.
Tip: mention @twtextapp on a Twitter thread with the keyword “unroll” to get a link to it.