The tactics are now obvious. Let me repeat... they got sloppy and showed their hands with the bots & disinformation from the Hedge Funds against Wall St Bets.

I will try to do a thing. But just look. It's the same Playbook I've been talking about.

Everyone just needs to see the Magic Eye.
This is dark psych tactics being used to manipulate sentiment to nudge the markets/demand. Division, outrage, anger, sexuality, religion. War is profitable for the markets, folks.

Wokism showed its true colours this week. Thank fuck I'm not crazy. They're pumping & dumping US.
Just squint a little. They've figured out how to capitalise on low political literacy, poor mental health, and use behavioural data to move certain groups of people like schools of fish into a machine so they can pump & dump stocks.
That's not a conspiracy theory. This is just observed behaviour and how all these systems interact and how corruption works.

This is not political advice, I am a smoothladybrain after all.

But the tactics are identical. They messed up.

Well, I'm fucked. lol
Nice knowing ya. Just so you know, tealou didn't kill herself. It could have been Paul because I'm annoying, but yeah... at least I can finally rest knowing what the fuck has been happening.

They're all gambling on our emotions and division like a goddamn cockfight.
I remember @elonmusk a couple of years back, on whether he had advice for Jack re: Twitter and it was direct and succinct: deal with the bots.

Now I know what he meant. Everyone took him literally, as they do, but he's never literal. I think now I know why he's noped out today.
I mean the behavioural markets aren't new, and me just smoothladybrain but it's like how you deal with a mob boss. They get sloppy when rattled. The silver campaign was a miscalculation, because crazies like me who know all the tactics had our eyes on it in real time. Busted.
WallStreetbets gave just the right kind of pressure and scrutiny so that smoothladybrains like me were watching it unfold.

The Thunkpiece industry is going to go ape shit. So to speak.

Key point though: they'll profit anyway. If you fall for it.
There's a reason why Hedgies have so much stake in Twitter. Because this is 100% where they can plant all of the stories to do a pump and dump on stocks. I'm sure this is obvious to stock bros, but you can only know a few things deeply, so, thanks for the flashlight WSB x
Next time they tell you that their money comes from advertisers... laugh in their fucking faces.

That's why, if you're a useful idiot that Hedgies can sway the market with, they love you.

Soylent Green is Social x
PS it'd be cool if you could share this, because I feel like I am shouting in the the void like a crackpot. But seriously... what is more likely to be true, based on everything we know?

There are no allies. Only interests my friends.
The same people that will push Silver in order to rip off ordinary people. The people that would cause a global crash & leave people homeless & hungry.

Ok then. lol.
I have diamond fucking hands and now I see what they're doing. They're destroying our kids, our brains, our humanity, our politics, our livelihoods, our relationships...

All so they can pump and dump.

They've been selling us humans short.

Best of luck, fellas.
You really shouldn't have called me a TERF.

You thought I'd fold. hahaha fucken diamond hands motherfuckers.
Sorry for co-opting that lingo. Yes, I feel dirty. I won't do it again, it was just making sure others understand the parallels.
The thing that is most inspiring about WSB in this is that they just stood firm. They laughed in the Hedgies faces whilst they threw everything at them. They're still going strong.

They win when you get spooked.

And these fucks are legendary.

Next time you feel like everyone has lost their minds, it's because we have. Whether it's panic buying or arguing or war or masks or riots... buy low, plant the bullshit, Astroturf it, bully opponents. Outrage. Profit. Sell high.

Everyone left with scrambled eggs for brains.
We need to look at this not as individuals, but as victims of forces that are fucking with us and betting.

Stop arguing about goddamn clownfish.
Stop singling out individuals.
Know when you're being manipulated & call it out.
See their humanity.

They've bet against us.

Maybe there's hope for me yet. Maybe there's some rich fucks who hate these evil fucks and want to work with me. But I knew that I was toast the second I saw what I am up against trying to research and talk about this thing. Ah well. I'm poor but I'm fucking right. I'll hold.
Remember, each side will conveniently blame the other sides "bots" as it suits them.

But it's why they'll never do anything serious about Twitter or Facebook because they ALL know powers that be use these tactics in this manner for elections to "nudge the needle" too.
Bet you Hedgefucks and Gendercultists and Political Fucks and rich Woke Fucks are wishing you'd paid my Shut Up Patreon Tier right about now huh 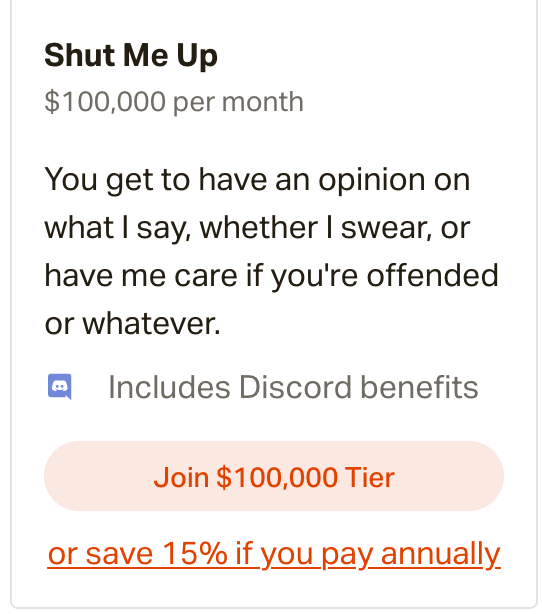 Oh yeah, now that I know that this is how the system I was told that if I worked hard and was polite and nice and studied hard would work in our favour, it's gone up. lol 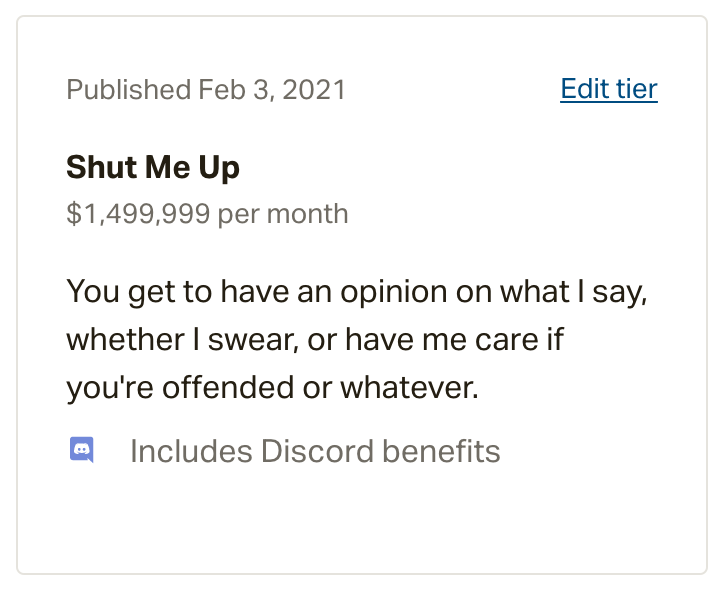 I mean come the fuck on, why is this trending?

When you see it all through the eyes of someone who owns stock, you see it.

You can follow @tealou.
Tip: mention @twtextapp on a Twitter thread with the keyword “unroll” to get a link to it.